What were a medieval popes duties?

The medieval pope was considered the ultimate representative of God on earth and thus enjoyed extensive privileges and also had certain duties. Above all, his duty was to decide the matters of spiritual importance and the official doctrines of the Church. These explanations of religious teachings and official policies of the Church were done by the medieval pope in the form of written letters call Papal Bulls. The Medieval pope also decided who to punish and when if they acted against the Church and could also excommunicate people. 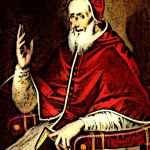 Pope and the feudal system

The status of the medieval pope was at the top of the hierarchy of the feudal system. He appointed bishops and cardinals which in turn enjoyed the same privileges as nobles. The medieval pope himself had a lavish lifestyle which was nothing short of the lifestyles of medieval kings. His powers in the feudal system were also equal to those of kings and he even had power to pronounce judgements against the kings.

The medieval Pope had a lavish lifestyle which was also reflected in his clothes. The special papal liturgical vestments included an alb, white linen, and a floor length tunic with tight sleeves. A girdle was used at the waist to tie the alb and was known as cincture. Other components of the clothing of a medieval Pope included papal tiara, skull cap called zucchetto, and silk stocking called caliage.

Where did the pope live?

Medieval popes historically lived in Rome and thus also acted as the Bishops of Rome. For a few decades from 1257 to 1309 the political situation of Rome was unstable and popes kept living at different places and were called “wandering popes”. Further, between 1309 and 1377 the medieval popes lived in Avignon in France. 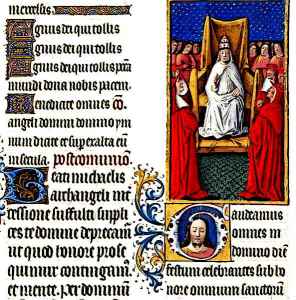 Typical day in a pope’s life

The central tasks that filled the daily lives of a medieval pope were of a administrative nature. The pope looked after the spiritual matters of the Church and decided on any issues of dispute. This was rather common during the medieval ages when schisms and heresies were becoming increasingly common. Sometimes, the medieval pope had to clarify the official doctrines of the Church.

During the medieval times, the medieval pope enjoyed a position of supreme power and was even more powerful than medieval kings. He could issue orders to the medieval kings and excommunicate them from the Church. The pope decided on the official doctrines of the Church and clarified the disputing issues. Thus he exerted unprecedented spiritual and political power.