The Pope was thought of as Gods representative on Earth and was the head of the Medieval Clergy, in the eyes of the majority of People in Medieval times the Pope was above the King, with one using religion and the other politics in their struggle for overall power over the population.

The main fear people had in medieval times was being ex-communicated by the Pope which basically meant being outcast, being outcast meant a person would not go to Heaven and that meant they would probably be going to Hell.

Other important members that could be found in the Medieval Clergy were Bishops, The Arch Deacon, Abbott, Prior, Dean, Priest, Monk, Friar Cleric, Vicar, Chaplin, Confessor, Scribe and Culdees. 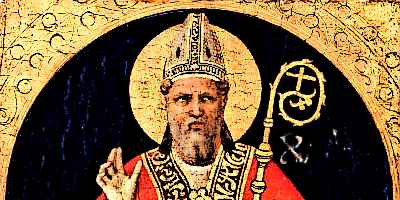 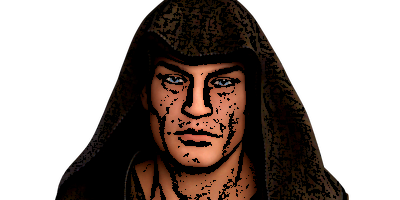 Medieval friars were very poor, unlike medieval Bishops they led a very frugal life of poverty. Read more about the Medieval Friar >> 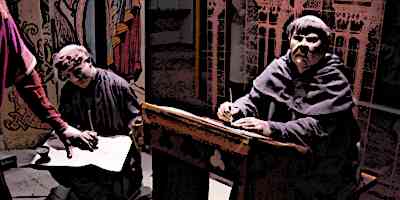 Monks devoted themselves to study and worship as governed by the ideals laid out in the scriptures. Read more about the Medieval Monks >> 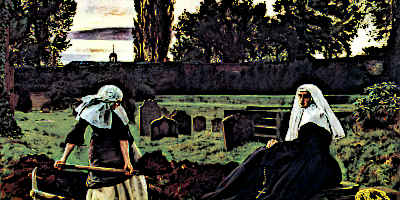 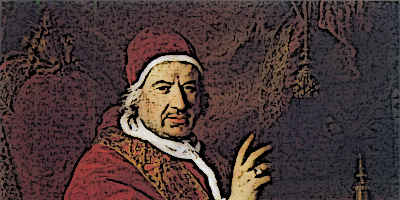 Medieval popes were very important people in the medieval church and society. Read more about the Medieval Pope >> 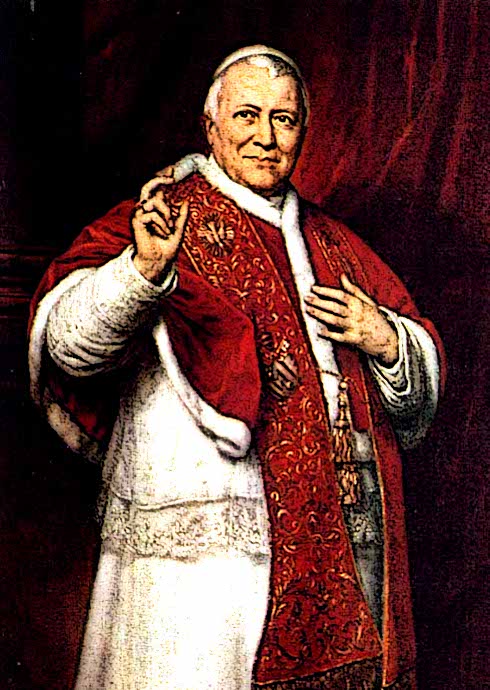 The Pope is known as the Bishop of Rome and is the Head of the Roman Catholic Church, he lives in a place called the Vatican which is classed as a tiny nation within Rome.

The Pope is a spiritual leader and administrator who had lots of power and could appoint new clergymen, rule over disputes and annul marriages amongst other things, many medieval people considered the Pope to be more powerful than the king. 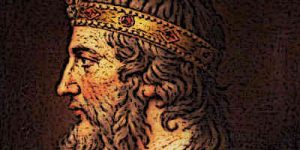 These were essentially the Pope’s right-hand men who served directly under the medieval Pope, they were mainly noblemen of wealth and standing. The Bishops had an administrative function and organised the Church like a business which in many ways it was and still is, Bishops had priests, monks, and nuns working for them at lower levels. 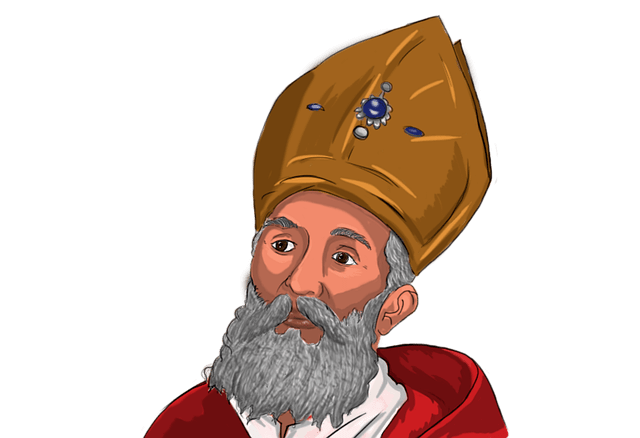 The medieval church had great wealth and owned vast parts of land all over the world, Bishops sometimes even led knights into battle over land disputes and led many invasions.

The Arch Deacon was ranked below a Bishop and was in charge of a smaller administrative-territorial unit that was under the control of a Bishop, You could think of the Bishop as the Area manager and the Arch Deacon as the Manager.

Arch Deacons were often taken from the lesser nobility in medieval times, as were other cathedral clergies such as priests and deacons. 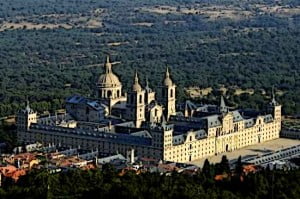 Friars were travelling preachers who were not attached to any monastery and did not own or live in a property, they travelled to spread the teachings of St Francis of Assisi. A friar was expected to live a simple frugal life in the same way that Jesus lived and relied on the generosity of others to survive in Medieval times. 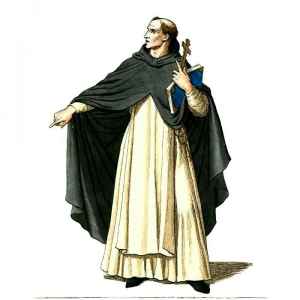 They were very popular in Towns and Cities with large populations and this offered them the best chance of success as there was a larger more captive audience.  After they had given a sermon they would be free to ask for food and clothing but could never ask for cash.

A Cleric was a member of the clergy. Clerics served the poor in provincial parishes and were mainly interested in the needs of this class of people, Clerics were supposed to be pure and honest and set an example on how to behave, but many fell short of this strict code of conduct. 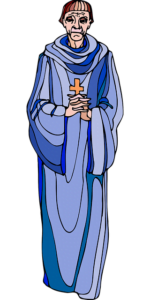 A Vicar was a stand-in for the main Parish Priest Stead, the word Vicar is Latin for “substitute”. Vicars were meant to be of the people but this did not always come to pass and many were dishonest, in fact, many Vicars were quite affluent with large houses and some even had a large number of servants.

There were perpetual vicarage posts which basically meant a job for life and these posts were very cushy numbers, they provided a pension if the Vicar was to become ill or was for other reasons unable to work in an acceptable way, they would be looked after for life and would often die of old age in the Parish. 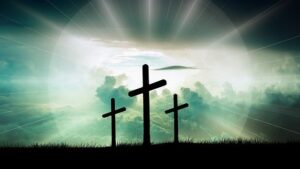 Barber-Surgeons were very important monastic people in medieval times and often lived within castles, they shaved heads and faces and were also required to perform surgery, bizarrely you could go to a Barber-Surgeon to have your hair cut and also if you needed light surgery. 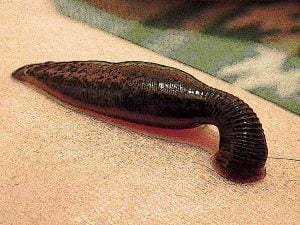 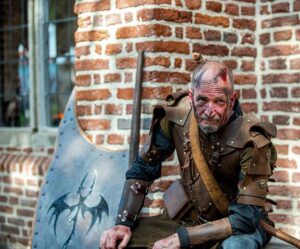 They were lots of Barber-Surgeons in medieval times and they were based right throughout Europe, they were also needed to perform surgery on soldiers who had been involved in a battle and they were the only people who were able to do this type of work as there were no separately trained surgeons at that time.

Many people that the Barber-Surgeons operated on died due to the primitive surgical procedures which were practiced, as there was no real training in these procedures, most operations led to a massive loss of blood and there was a high chance that infection would take hold.

The priest or monk in charge of a chapel was known as a chaplain. Thanks to the clerical requirement of literacy, chaplains in castles were often capable of seeing matters concerning documents and records, so the position of chaplain evolved in the high middle ages to include overseeing the secretarial department of a castle. 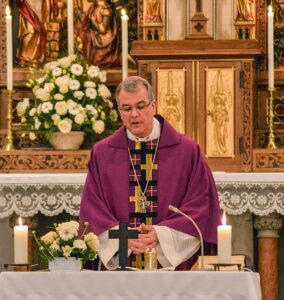 A priest is authorized to hear confessions.  As Christianity emerged as the dominant religion in Europe, persecutions became rare, and the title was given to saints who lived a holy life and died in peace. Perhaps the most well-known example is the English king St. Edward the Confessor. 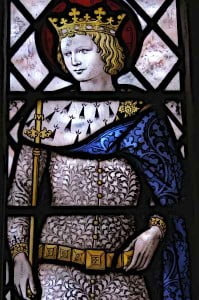 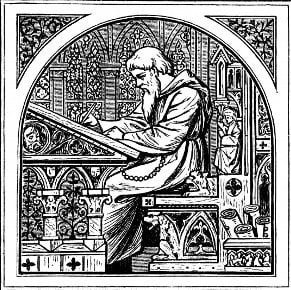 Medieval Scribes were important people in medieval times as they copied books by hand so that there were additional religious books in circulation as there were no printing presses in earlier medieval periods.

They were considered to be servants of God and were people from Irish and Scottish origins who preserved old Gaelic customs and Traditions. 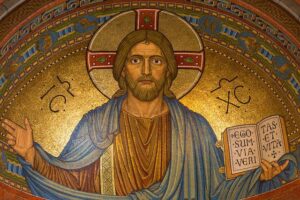 Medieval Clergy was also a positive thing for many people in the Middle Ages as they were able to guide people and help them during difficult times.

Medieval Clergy was also needed as record keepers as they were the only people that could speak Latin which was the official language in medieval times, these records could be handed down through the ages to help and guide future generations.