The Medieval period began in the 5th century to the late 15th century. It started with the downfall of the Western Roman Empire and fused into the Renaissance and the Age of Discovery. The Medieval period is divided into the Early, High and Late Middle Ages. This period was characterised by depopulation, invasions and movement of people which began in the Late Antiquity and proceeded to the Early Middle Ages. 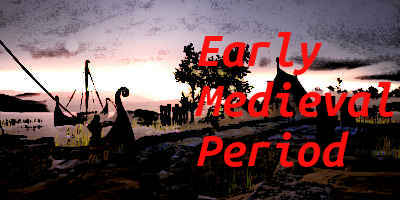 The Early medieval period lasted from around the end of the 4th century and the collapse of the Roman empire to the end of the 11th century when the first crusades were launched by the Church to reclaim the Holy lands. Read more about the Early Medieval Period >> 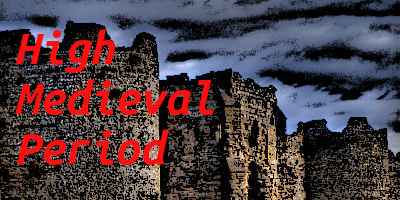 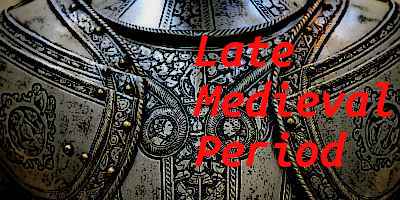 The Late medieval period is classed as being from the early 13th century. The late medieval period was an interesting time with the Peasants revolt, hundred years war and the black death just some of the late period events. Read more about the Late Medieval Period >>

What was the Purpose of the Medieval Feudal System?

Learn about feudalism on the feudal system of Medieval times Read more about the What was the Purpose of the Medieval Feudal System? >>

Dark Ages refers to the early medieval period in western Europe. This was the period between 476 and 800 when the Roman empire was collapsing and there was no Roman emperor in the west.

However, some scholars refer to this period to be between 500 and 1000, which is associated with frequent fighting and practically desertion of urban life.

Currently it is not often used by historians due to the value judgement it entails.

Though it is believed to derive its meaning from the fact that not so much was known about that period, it was a period of barbarity and intellectual darkness.

Anglo-Saxon medieval period is associated with the Anglo-Saxons who inhabited Great Britain in the 5th century.

They include Germanic tribes who migrated from continental Europe, as well as indigenous British groups who adopted aspects of Anglo-Saxon language and culture.

The Anglo-Saxon era represents the period of British history between 450 and 1066, which was when they had initially settled up to the Norman Conquest.

This period includes the formation of an English nation, with most of the features that survived today being represented in language and literature, restoration of Christianity, regional government of the shires and the establishment of law and charters.

The Kingdom of Mercia was one of the kingdoms of the Anglo-Saxon Heptarch.

The name was as a result of altering the old English word Myrce or Mierce to Latin, which meant the border people.

The Mercia kingdom was located in the valley of the River Trend, in the region currently known as the English Midlands.

Its capital was Tamworth, which was the headquarters of the Mercian kings from around AD 584; this was after king Creoda built a fortress surrounding the town.

This was a result of concurring five of the other six kingdoms of the Heptarchy (Kent, Wessex, East Anglia, Sussex and Essex); this period is referred to as the Mercian Supremacy.

Vikings were Germanic Norse seafarers, who spoke the Old Norse language, they were known for raiding and trading from their Scandinavian region across central and northern Europe, as well as European Russia in the late 8th century to the 11th century.

The Viking medieval period was also commonly extended in modern English to the occupants of Viking home communities.

This time was also commonly referred to as the Viking Age.

Viking activities extended to North Africa, the Mediterranean littoral, Central Asia and the Middle East, this was facilitated by advanced sailing skills which they had perfected.

Their activities led to extended periods of exploration, settlement and expansion of their communities.

The Norman conquest of England which refers to the invasion of England by the Norman, French and Breton soldiers was led by Duke William of Normandy widely known as William the Conqueror.

Duke William’s claim to the English throne was as a result of his family ties with the Anglo-Saxon King Edward; King Edward was childless which encouraged Williams claim that he was fit for the throne.

In January 1066, Edward died and was succeeded by Harold Godwinson who was his brother-in-law.

The Norwegian king Harald Hardrada attacked England (the Battle of Fulford) in September 1066 and was victorious, however, Harold later defeated and killed him (the Battle of Stamford Bridge).

Within days after Harold’s victory, William arrived in Southern England. When Harold marched to confront his army in October (the Battle of Hastings), he was defeated and killed in the engagement.

Within days, William landed in southern England. Harold took a few men and went south to fight him, leaving a larger part of his soldiers in the north.

Harold’s soldiers fought William’s army on 14 October, William’s force defeated Harold, who died in the battle. Although William rivals were gone, over the following years his reign was not secure.

The House of Plantagenet was a family that was initially from the former French county of Anjou, they held the English throne in 1154 after the succession of Henry II to 1485 after the death of Richard III.

During the Plantagenet Period England was changed from a colony that was often ruled from abroad and considered to be of lesser significance among European monarchies, into a complex, independent and politically engaged kingdom.

The most famous kings during this period include:

Period of the medieval crusades

The Crusades was a sequence of Holy Wars propelled by the Christian nations in Europe; the wars were against Muslims particularly the Saracens.

The Crusades began in 1095 when Pope Claremont gave a sermon about the First Crusade during the meeting of the Council of Clermont.

There were nine crusades, however, the first four crusades are considered the most important and very little reference was made to the other crusades, except for the children’s crusade which led to the eventual decline of the crusades.

Asia and Europe was engaged in constant warfare for two hundred years due to the medieval crusades.

The Stuart period of history typically refers to the era between 1603 and 1714 and was after the medieval period ended.

King James I of England was the first to rule during this period and later he became King James VI of Scotland, this resulted in the combining the two kingdoms for the first time.

The Stuart period was terminated when Queen Ann died which followed with the accession of George I from the House of Hanover.

This period was overwhelmed by religious and internal strife, and frequent civil wars.

The Medieval Warm Period also referred to as the Medieval Climatic Anomaly or Medieval Climate Optimum, was a time of warm climate in the North Atlantic region, it was related to other climatic events at that time in different parts of the world including china.

It occurred during AD 950 to 1250. It was seceded by a cooler period termed the little ice age.