Medieval Knights needed to wear armour to protect themselves during battle and in mock battle situations such as jousting contests or tourneys as well as this a knight usually had their visors pulled over their faces. This made it difficult to identify a knight and what he represented, there was a need to be able to identify a knight for reasons of pride and respect, and also to avoid any confusion in battle situations so that other soldiers and knights would know who the knight was fighting for amongst other things.

To get around the problem of identifying a knight in a war or mock battle, knights started to wear distinctive emblems on parts of their clothing, horses, shields and sometimes flags were also sometimes carried. These family coats of arms and emblems were usually a combination of bright colours with some kind of image such as a lion or Dragon in the design. The family coat of arms was usually contained an image such as a lion or other animal or something fictional like a dragon that represented something positive about the family such as courage and honour. There was also usually positive words of encouragement in Latin and other details that were personal to the family or had important meaning to them such as dedications to a father or another member of the family incorporated within the design. 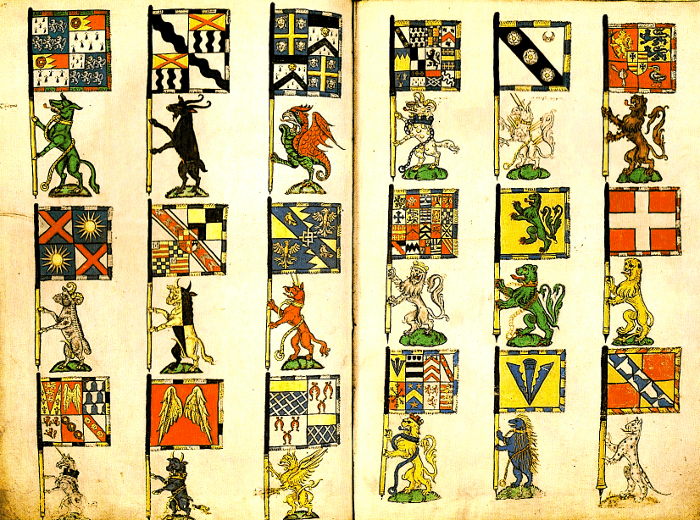 Becoming a knight was very difficult and was of great source of pride to the knights family in medieval times, knights liked to show off their family coat of arms and emblems to the world. A family’s colours would be passed down through the generations, fathers would proudly pass their family coat of arms to their sons, typically the whole family would wear items of clothing that displayed the families coat of arms or emblems, even a knights horses would be decked in the family colours.

As you can imagine in medieval times there were thousands of knights scattered across England and Europe, as the number of knights increased so did the difficulty in tracking the coats of arms and emblems of each family and it was difficult to distinguish them from other families coats of arms and colours.

Some families emblems and coat of arms were also very similar in colour and design which complicated things further. There was a desperate need to organise the coat of arms and emblems, this led to the training of people needed to record and detail the emblems and coats of arms of every family. This person was called a Herald and this is where the name Heraldry came from, it was the Heralds job to detail, track and recognise all the various coats of arms. Heralds needed to be very thorough and well trained and this was a full-time occupation for them.

The importance of a Herald and Heraldry

The honour and valour associated with a families coat of arms cannot be underestimated and simply wearing the families colours encouraged knights to behave in a valiant and brave manner on the battlefield and in mock battles, everyone could see their families colours and they did not want to disgrace their family. This would make knights fight as hard as possible to bring glory to their families and the adulation of other knights and Lords.

Heraldic Shields we usually of elaborate design with bright colours and images, as Medieval Shields were fairly big you could get a large design of families colours and emblems on them and they were a good way for a family to display the families colours. Even the colours represented different things to them and other people such as bravery and courage. 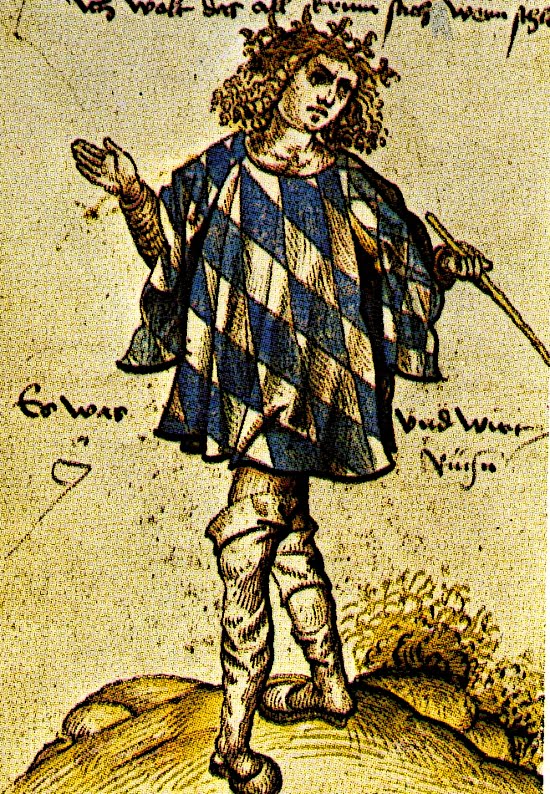 The Heraldic crest was a figure of some sort like a demi eagle that usually repeated the design of the coat of arms on a knights shield and was worn on the top of a knights helmet, they were for decoration purposes only as they were impractical in battle and these mini sculptures could be made of metals, precious metals, leather, wood, and similar materials, they were attached to the helm of a knights helmet by strong straps or rivets. These Heraldic crests were really just a way to show off and they were only used in ceremonies and tournaments as they were very heavy, they were basically in fashion for a period of time but quickly died out.

Heraldry on the battlefield

A knight who fought bravely on the battlefield could be easily identified due his coat of arms and this could lead to rewards and wealth being given to him as wealthy Lords would be able to identify the best fighters and they would be suitably rewarded.

There were several things that a knight could do so that the families coat of arms or crest were seen in battle, firstly the Knights emblems would cover his fighting horse, the shield and body armour would also display his family emblems, many knights and flag bearers held flags that showed the knights colours and this was easy to identify as it was held high into the air and above the people fighting on the battlefield.

Medieval knights were high ranking people in medieval society and they like to mix with families of the same pedigree, this led to important families marrying each other with different family coats of arms and it was the heralds job to identify and update his records as the two families coats of arms would be merged together to create a new coat of arms, emblem etc. Needless to say a Heralds job was a very difficult one that required an organised and detailed set of records that needed to be regularly updated.