During the early years of the medieval era, food was very basic and most of the ingredients were grown at home. This changed in during the 10th and 12th century with the Norman Conquest.

The Normans were influenced mostly by French and Scandinavian food, as they were also known to document their recipes which were handed down from master to apprentice 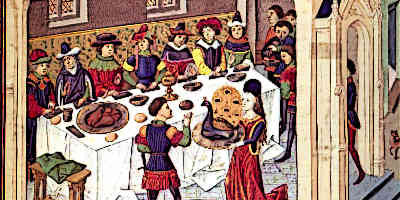 Medieval Banquets gave Royals and nobility the opportunity to show off their wealth and entertain their favourite quests, usually the head table was the focal point of any medieval banquet. Read more about the Medieval Banquets >> 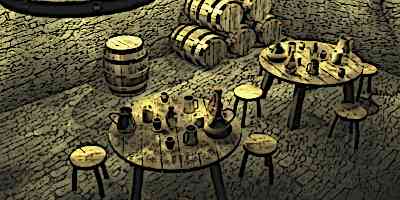 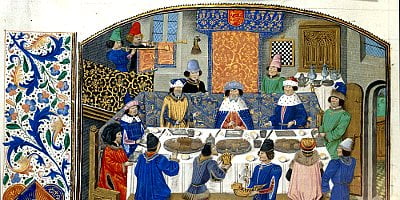 The medieval feast was served in the great hall of a medieval castle, the lord and lady would sit at the high table with their important guests, people dressed in their finest clothes for the medieval feast Read more about the Medieval Feast >> 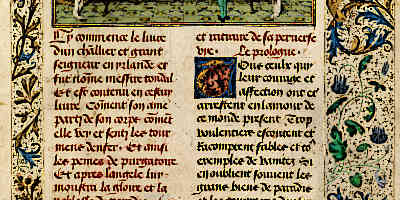 Medieval Recipes were based around bread and vegetable dishes for poor medieval people whilst the rich including nobility and royals enjoyed extravagant meat recipes that included more spices and flavourings. Read more about the Medieval Recipes >>

Read more about the Medieval Times Food of Powerful Kings** >>

Most of them ate preserved food that had been salted and pickled as soon as they were harvested. Peasants tended to cows so a large portion of their diet included buttermilk, cheese, curds and whey. 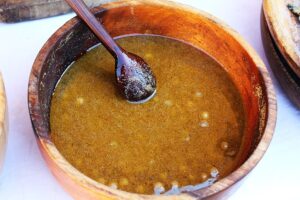 Farmlands owned by aristocrats at the time were the primary sources of medieval food for most noble people.

The wealthy people of the medieval era also treasured goods imported from other lands. Most of these goods were also expensive.

There was an ancient department at the Royal court called a “spicery" that specialized in spices. These spices were bought by wealthy people of the middle ages.

Medieval peasant food was mostly made of grains such as wheat, oats, rye or barley.

They were boiled whole or stewed. Some of them were ground into flour and made into bread.

Peasants also got their protein from legumes such as beans, lentils and sometimes fish.

They also got additional nutrients from fruits and vegetables.

Their diets were very high in nutrients. However, food scarcity due to a poor harvest caused poor nutrition among peasants and people of the lower classes. 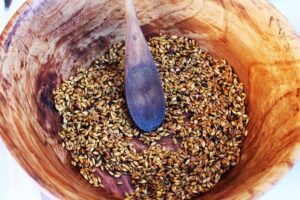 Medieval Food of Nobility and Royalty

Royalty and nobility on the other had an abundance of highly nutritious food.

Sometimes, they also served fish in their daily meals. Far away farm lands were also sources of food for the Royals and Nobles.

Banquets and great ‘Medieval Feasts’ were also very common amongst royalty. During these events, decks of spectacular food were served as these were perfect opportunities for noble families and royalty to show off their wealth.

Because the land and animals belong to the Lords, only the Nobles were allowed to hunt during this medieval period. They were free to hunt boars, deer and other animals in the forest.

People of the lower class were prohibited to hunt in the Lords properties or take anything from the Lord’s lands, including wild animals.

Knights mostly served the Lords and more often than not, they hunted with the Lords as well. Beef and mutton were the most common meats that knights ate.

They usually got them from hunting. To avoid spoilage, meats were mostly kept close to the kitchen after slaughter. Knights also ate poultry and eggs.

They also enjoyed common harvest depending on which part of the world they were and of course wine was something that knights could not do without.

Wine was served like water during the middle ages!

During the medieval period, common soldiers went on crusades.

While they did not often get to eat great food while on a crusade, most of them still wanted to eat good food when they came home.

Common medieval soldiers ate wheat and barley, either stewed or made into bread. They also ate poultry, fish and meat. But most of them would eat whatever food was available to them.

Because home appliances such as fridges were not yet invented during the medieval period, slaughtered animals usually stayed close to the kitchen.

It was important for medieval people to preserve food for the winter season and they usually did this during the summer time.

Medieval foods such as meat were usually preserved with salt.

Some historians believed that pepper was also used as a preservative during this time.

However, pepper was more expensive so it was not usually used.

Dry-salting was a common method for preserving food then and meat or fish were buried in salt and brine curing. 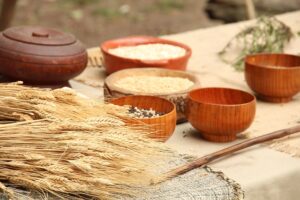 The methods used for food preservation caused meat to taste saltier than necessary so they introduced the use of spices during cooking.

It was also common for them to cook fruits and vegetables as they believed that raw food could cause diseases.

Several cooking methods were employed during the medieval period.

However, these methods were highly Dependant on class.

It was believed by historians that there was a good amount of spices and flavorings during medieval times, however the demand for food flavoring was not equally high.

It was only during the late medieval period when refined cooking became a trend.

There was widespread use of sugar and honey as flavoring for dishes during this time.

During the 13th century, flavoring with spices became a trend especially when preparing food during fasting.

Wine was flavored with spices and new flavors were introduced within the process of preserving food, apart from the conventional salting method.

The Normans had the biggest influence in medieval food.

They were highly influenced by Scandinavian and French food.

Normans were also known to document their recipes and hand them down to their apprentices, passed on from generation to generation.

The influence of Normans on medieval food had more sophisticated effect than that of the English.

However, it was the French who produced the first recipe books in the 13th century.

Forme of Cury was the first cookery book written in 1390.

It contained about 200 recipes and 196 of them were contributed by Royal cooks. 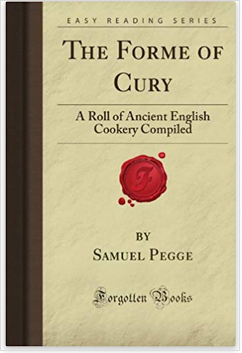 The water was often unclean during this time so the poor drank ale.

Some people of the lower class drank mead and cider, while the nobles and royal families drank different kinds of wine.

Medieval Food at a Banquet or Great feast

Banquets and feasts were also common during the medieval period.

Different kinds of meat such as peacocks, seals, porpoises and whales were served during banquets and feasts, primarily because meat was a sign of wealth during this era.

Several dishes were laid out in a luxurious manner.

Custards were dyed in vivid colors accompanying other dishes.

Other banquets provided special courtesy books to their guests. This was popular at the time as it gave instructions on how to behave during banquets.

For most noble and royal families, it was also a great opportunity for them to show off their wealth.

Medieval food was not ideal in medieval times, especially for the rich. Even if they had access to highly nutritious food, they did not eat a well-balanced meal.

This was the cause of various illnesses such as bad teeth, scurvy and rickets to mention a few. Nevertheless, the medieval times showed how food defines culture and history.

The several influences during the medieval period also reflected how food and cooking evolved through time, especially with the recipes that were handed down from generation to generation.