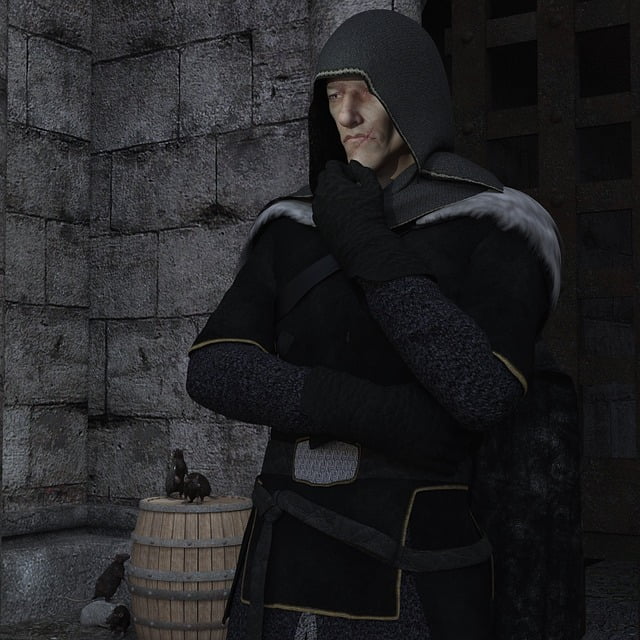 Medieval Lords swore allegiance and paid homage to the king. In recognition of their service, they were granted lands, lived in manor houses, and looked after small villages. The villagers, in turn, paid respect and were beholden to the Medieval lord. Their livelihoods were tied to the manor and taxes were levied on them.

The Medieval era was best defined by the Medieval lords, who populated the feudal system upon which the social order was structured, under the King’s rule. While the king sat at the top of the hierarchy, Medieval lords below him were tasked to defend the land from attackers and hostile neighbors. The Medieval lords performed several duties on behalf of the king. 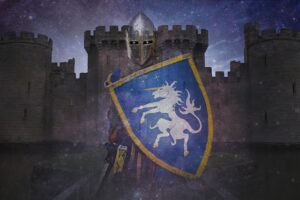 The wife of the lord was referred to as the lady of the manor. Marriages among nobles were mostly arranged by their parents or guardians. 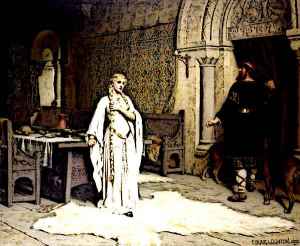 The feudal system served as the basic form of government and way of life in Medieval Europe. This system was ultimately responsible for the emergence of Medieval lords and vassals. Society revolved around this hierarchy, at the center of which was the local Medieval lord and his manor. 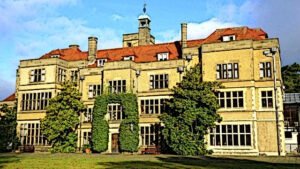 The Feudal system first developed after William the Conqueror invaded and conquered England. He gave fiefs (lands) to his Norman vassals in exchange for helping him complete his quest. The system became widespread after the successful takeover of France in 900 AD. 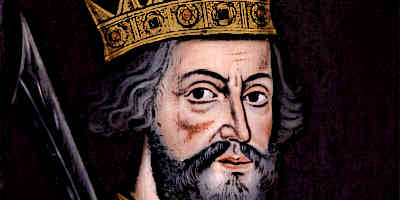 Land was essentially given to those who served their Medieval lord well. The feudal system was all about granting land to the most dedicated individuals, from the king to his vassals to their vassal’s subordinates to ordinary peasants. 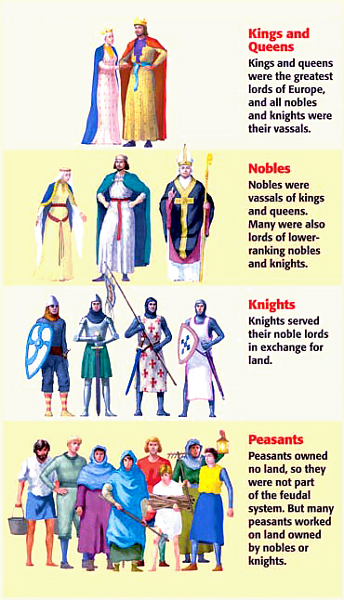 The Medieval lord’s territory could cover an entire area and everything within. In exchange for their loyalty and service, the Medieval lord offered villagers protection and safety. One of the Medieval lord’s most important duties was to serve the king and he did so by paying his taxes and supplying him with his finest soldiers.

Medieval Lords and The King

The King was the most powerful man in the feudal system . He basically controlled and owned all the lands in the country. People in the Middle Ages esteemed their kings so much, believing they had the God-given right to rule over everything. The king’s divine right included the power to decide whom to lease the land to. 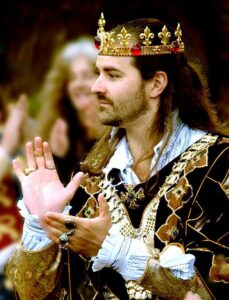 Every noble was made to swear an oath of fealty and homage to the him, even at the cost of their life. Only the most trusted confidantes were privileged enough to lease land directly from the monarch. Nobles who received the coveted royal fiefs were called barons. Not only did they come into great wealth, but they were also powerful and had total dominion and jurisdiction over the lands leased to them.

What Did Medieval Lords Do on a Daily Basis?

In finer detail, the nobles lived day to day performing even the most mundane tasks. Medieval lords and nobles routinely woke up at dawn to hear mass or pray. After which, they took their breakfast. They would then handle estate-related affairs by looking into financial (i.e. taxes, rents and other dies), supply inventory and harvest reports. In certain cases, they performed judicial functions over their vassals and the villagers.

They settled complaints and disputed and granted the permission to marry. Medieval lords were active in political discussions and participated in the decision-making process. 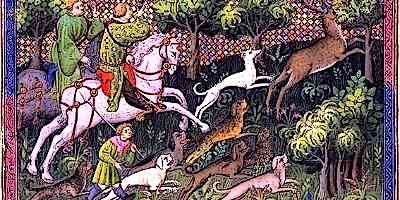 As Medieval society became more and more sophisticated lords and their ladies started spending more time on artistic pursuits. They patronized music, paintings and literature. Many medieval lords were well-versed in fencing and wielding broad swords so weapon practice was a regular pastime as well as hunting and hawking. 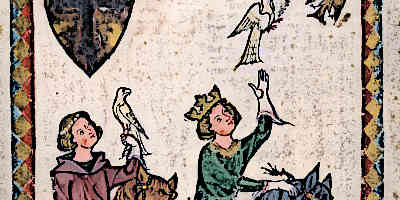 Medieval Lords said their evening prayers and ate their supper in the halls of their manor or castle. Following supper, the Medieval lords would sometimes call for entertainment. There would be music, acrobatics, minstrels, jesters and dancing. When they retired for the night, the rest of the manor and the village under its wing went to bed as well. 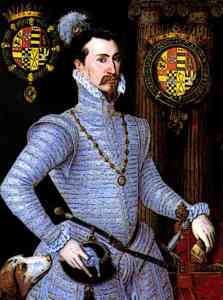 How Did You Become a Medieval Lord?

To become a Lord (the highest position in the feudal system next to the king), one had to earn the trust and confidence of the crown. Barons were once knights, political advisers, members of the council or ordinary individuals who were granted vast lands as a result of their loyalty or valour. The barons reported directly to the king. 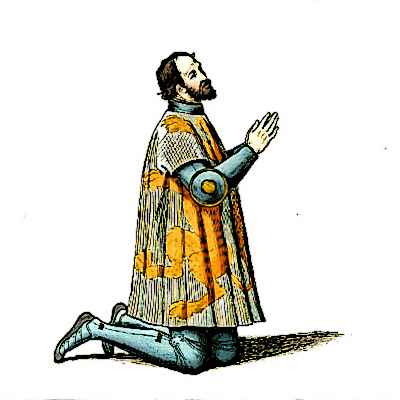 Knights earned their place by rendering military service to the king. They received parts of the baron’s land and served as their vassals. Though they did not have a direct relationship with the crown, they were also powerful and wealthy and had the right to apportion lands to the peasants who served them.

As Medieval lords, they lived in manor houses and owned villages and serfs. Since they owed their allegiance to the baron, knights had the duty to protect him and his family.

How Wealthy Were the Medieval Lords?

Wealth and prestige varied among Medieval lords although some were indeed wealthier than the others. Higher-ranked Medieval lords amassed more wealth than those at the bottom of the feudal system. A number of those nobles were privy to the king’s affairs and, in effect, received a significant amount of fief from him.

Barons were wealthier than knights mostly because they had more interactions with and access to the crown. Knights were wealthy but they were only subordinates of the baron. Besides their manors or castles, barons and knights owned everything in the village, from the villeins to the crops they planted.

They had discretion over the amount of tax they wanted to levy and whenever a peasant or serf wanted to marry, he needed to seek permission from his Medieval lord. The peasants were not permitted to leave the manor.

Where Did Medieval Lords Live?

Medieval lords lived in large houses or castles generally called manors. Only the wealthy folks, those who sat at the top of the feudal system, were privileged enough to own manors. Designed to last for centuries, manors were mostly made of natural stones.

The size of a manor usually corresponded with its owner’s status and wealth. By Renaissance standards, however, Medieval manors were considered small.

Operations were spearheaded by the local Medieval lord and nearby villages were sustained through the manor, where Medieval life flowed. The manor was not just a place of residence. During hostile times, people hid inside the gates for protection.

Whenever there was cause for celebration, the manor was also a good venue for mass merry-making. Typically surrounding the manor would be a small village riddled with wide stretches of farms and peasants who plough them. The village would not be complete without a local church if not a cathedral.

Aside from managing their estate and the various activities that went on within and outside of their protectorate, the Medieval lords performed duties for the sake of the crown. Lower Medieval lords like the knights provided protection and served as the king’s “muscle," carrying out all kinds of military obligations.

Medieval Lords who had much higher positions levied taxes on the people and sent the amount they collected to the king. Medieval lords rewarded their subordinates with land as they had the power over the fief.

Other functions of barons and their vassals included minting their own coins, setting the amount of tax to be levied, holding court and handing out punishments for crimes committed.