King Richard III ruled England from 26 June 1483 to 22 August 1485. His coronation took place on 6th July 1483. Medieval King Richard III had too reigns from King Edward V after Edward IV’s marriage to Elizabeth Woodville was declared invalid by the clergy and their children as illegitimate. Hence Edward V couldn’t continue and Richard III was declared the rightful King. During his tenure, Medieval King Richard had to face two major rebellions. Richard III died in the Battle of Bosworth field and is considered the last Medieval English King to die on home soil during a war. The Bosworth Field battle is also considered as the last decisive battle in the wars of the roses. 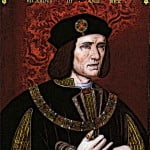 King Richard III was born at the Fotheringhay Castle on 2nd October 1452. He was the 12th of the thirteen children of Richard Plantagenet and Cecily Neville. When Richard was eight years old, his father and elder brother Edmund were killed in the battle of Wakefield. He, along with his brother George was sent to the Low Countries by their mother, the Duchess of York. Richard’s cousin, Richard Neville, who was the 16th Earl of Warwick, gave him the Knightly training at the Middleham Castle in Wensleydale where King Richard III spent several years of his childhood. During his teenage years, Richard suffered from idiopathic scoliosis.

King Richard III was married to Anne Neville. She was the younger daughter of Earl of Warwick. They had one son by the name of Edward of Middleham. He was made the Earl of Salisbury in 1478 and Prince of Wales in 1483. He was also declared Richard III’s heir apparent. But he died soon after in 1484. Richard also had two recognized illegitimate children.  One of them was John of Gloucester. In 1485 he was appointed as the Captain of Calais. Another illegitimate child was Katherine Plantagenet, who married. She was married to William Herbert, 2nd Earl of Pembroke in 1484. Both children’s mothers name and their dates of birth were not documented.

Mostly contemporary writers had biased views in favour of King Richard III. According to them, he was as a good lord with great heart. According to Italian observer Mancini, he had good reputation both in private and public life and attracted respect and admiration, even off strangers. He had such an attachment to the city of York that when he died in the battle of Bosworth, the city council officially deplored the King’s death. There was a group of people that believed it was King Richard who ordered the murder his nephews. 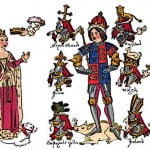 As a military commander Richard III was part of many campaigns, especially during the later part of Edward’s rule Richard proved his loyalty. As a principal lieutenant to Edward, Richard was part of the 1471 military campaign to regain the crown through combat. He was also part of the 1475 invasion of France, where he was the largest private contingent of his army. Richard III also led the war with the Scotland. In 1480 a special position, Lieutenant General of the North, was created to counter the Scottish attacks and was given to Richard. Richard efficiently led the English army to victory.

In 1483 the first rebellion against King Richard III took place. It was led by the staunch supporters of Edward IV and Richard’s past ally, Henry Stafford, second Duke of Buckingham. It was the first of the two revolts that took place against Richard III. Conspiracy basically arose among the disgruntled gentry. It was believed that they wanted to put Edward V back on the throne, but when they came to know that he along with his brother were murdered, it was proposed that Henry Tudor should return and take the throne and should marry the sister of Edward V. But this Rebellion couldn’t succeed. 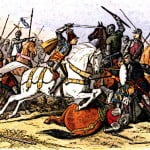 Henry Tudor with his uncle Jasper Tudor led the second rebellion against King Richard III. Henry Tudor reached Southern Wales with his army along with a French contingent. He also recruited soldiers from his hometown and encountered Richard’s forces in Leicestershire. It was the Battle of Bosworth Field. King Richard was defeated and killed in battle.

What kind of Ruler was King Richard III?

King Richard III was a very popular leader. He was equally praised in his private and public life. It was believed that he punished those who oppressed the commons. His image as a ruthless power grabber was also very prominent at the time of his accession to the throne as some people thought that it was Richard who had Edward V disappeared.

Richard III ruled for around two years, during this period he had a considerable amount of achievements. His parliament sat in January and February of 1484 for legislation. Richard’s Parliaments legislation was first to be published in English. Benevolences were banned. To discourage the fraudulent practices, laws were introduced to protect buyers of land. Major reforms were introduced in the judicial system. The College of arms was created. He also efficiently defended the northern borders as Lieutenant General North.  He also undertook a successful siege of Berwick in 1482. 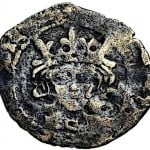 Medieval coin that shows an image of King Richard III

King Richard III died in the Battle of Bosworth that he fought against the Henry’s forces. He was struck down during the conflict. He was the last English king to die in battlefield on home soil. He died on 22nd August 1485. After the battle, Richard’s body was brought to Leicester and buried without any pomp.

King Richard III was the last King of England from the House of York. His death in the battle of battle of Bosworth Field marked the end of the middle ages and it was one of the decisive battles of the wars of the roses. Richard came to power by having his nephew declared as illegitimate and his brother’s marriage as illegal.