King Henry VI was the 3rd Lancastrian King of England. He was also the disputed Medieval King of the France. He was born on 6th December 1421 at the Windsor Castle, Berkshire. He was the only child of Henry V and Catherine of Valois. Due to his peaceful and pious nature, his contemporaries considered him unsuited for the dynastic wars like the Wars of the roses. King Henry VI’s rule of England spanned over two phases. His second phase was very short and consisted of a few months only, due to his periods of insanity, his wife Margret of Anjou, took the control of the Kingdom and this not only led to his downfall but also the downfall of the House of Lancaster.

King Henry VI ruled England in two phases. He was the Medieval King of the England from 31st August 1422 to 4th March 1461. His coronation took place on 6th November 1429. He succeeded to the throne at the age of nine months, right after his father’s death. His initial term as a King came to an end when his forces lost to Duke of York in Battle of the Towton. Henry then regained the throne from King Edward IV with the help of his allies on 3rd October 1470 and this time he ruled for less than six months as Edward IV regained the throne on 11th April 1471. King Henry VI was also the disputed Medieval King of France from 21st October 1422 to 19th October 1453. 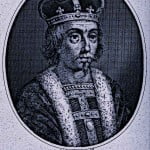 King Henry VI became completely unresponsive to all the events that were taking place around him. He suffered from some kind of mental break down on hearing of the final loss of Bordeaux in 1453. According to modern day research, it is believed that he was suffering from some sort of schizophrenia as he also showed several other symptoms like hallucinations. He was also completely unresponsive to the birth of his son and heir. It was believed that he inherited this disease from Charles VI of France, his maternal grandfather, who also showed moments of insanity during the last thirty years of his life.

In 1937 when Henry was sixteen years old, his mother died. In the same year Henry practically started to control the government. As he was shy, pious and disinclined to bloodshed he soon gave control to a few nobles to dominate the court. As England had lost momentum in the 100 years of war after the Henry V’s death, Henry VI adopted the policy of peace in France.

William Shakespeare in the year 1590 wrote a trilogy of plays about the life of King Henry VI. The names of these plays were Henry VI, part I, Henry VI, part 2, and Henry VI, part 3. Another Shakespeare play by the name of Richard III depicted Henry VI’s dead body and ghost. Shakespeare did not mention King Henry’s madness in his plays in order to avoid the risk of offending Elizabeth I who descended from the family of Henry VI and was the Queen of England at the time these plays were written. Shakespeare portrayed the Medieval King Henry as a peaceful and pious man who mostly spent his time in contemplating of the Bible. Shakespeare also depicted in his plays that Henry was ill-suited to the crown, was weak-willed and someone who could be easily influenced by the others. 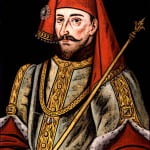 King Henry VI wife’s name was Margret of Anjou. They married in the year 1445. She was born in the Duchy of Lorraine. She was the daughter of Rene I of Naples and Isabella, Duchess of Lorraine. Due to King Henry VI’s continuous spells of insanity, she personally led the House of Lancaster on many occasions. She was a prominent figure in the wars of the roses. It was her policies that led to the thousands of deaths in the civil conflict that lasted for thirty years. Her only son, also died in this conflict.

What kind of Leader was King Henry VI?

Henry VI was a peaceful and pious leader. Due to his peaceful nature, he was not suitable for the dynastic wars such as Wars of the Roses. Due to mental illness, he could not show his true colours as a leader. He suffered from a form of schizophrenia, and had hallucinations and used to become unresponsive to the activities in his surroundings.

The greatest achievements of King Henry VI was the end of 100 years of war between the Kingdom of England and France and his fostering of education. King Henry VI was the founder of many colleges and educational institutes. Prominent institutes established were King’s College, Cambridge, All Souls College, Oxford and Eton College. King Henry VI continued the patronage of different architectural commissions set up by his father. He completed the construction of Syon Abbey that had a Church and a monastic style educational institute. 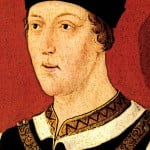 After battle of the Tewkesbury, in which Edward IV regained the English throne, Henry VI was captured and imprisoned in Tower of the London. He died there on 21 May 1471. It was believed that the newly crowned king, Edward IV, ordered the murder of King Henry VI, whereas the official verdict that was favourable to King Edward IV stated that Henry died after hearing the news of his son’s death in battle of the Tewkesbury. King Henry was buried at Chertsey Abbey. In 1484, Richard III, ordered to move his body to St. George’s Chapel, Windsor Castle.

King Henry VI was the Lancastrian King of England and disputed King of the France. Due to his non violent and peaceful nature, he was considered as not suitable for dynastic wars. Henry had a strange kind of mental illness and used to go unresponsiveness even to the events that were very important to him. He married Margret of Anjou. He was depicted in the Shakespeare’s plays.

The image shows an Astrological birth chart for Henry VI