King Edward V was the medieval king of the England from 9th April 1483, the day when his father King Edward IV died, until 26th June 1483. He is one of the four Medieval English Kings since the Norman Conquest who were never crowned. His short rule of 86 days was mostly influenced by his uncle Richard who was his Lord Protector and Duke of Gloucester. In English history, he is the shortest lived male medieval king. He disappeared shortly before his death and it was believed that he was killed by king Edward III but there was no solid evidence against him.

King Edward V ruled England from 9th April 1483 to 26th June 1483. He succeeded his father King Edward IV after his death and remained King for 86 days until his disappearance and death. He was 12 years old when he became King. His rule was short as it came to an end when parliament proclaimed Edward V’s father’s marriage as invalid and his children were declared as illegitimate. King Edward V was succeeded by his uncle and lord protector, Richard III the Duke of Gloucester. Afterwards, the medieval king Edward V disappeared and it was believed that he was murdered by the agent of Richard III. 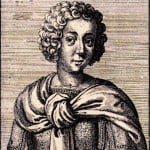 King Edward V was born in Westminster Abbey on 2nd November 1470. He was the son of Elizabeth Woodville and the Yorkist king Edward IV. The Medieval King Edward V was born when his mother had taken refuge in the Abbey following her husband’s temporary fall from power during the Wars of Roses. Once his father was restored to the throne, king Edward V was declared the Prince of Wales in June 1471. The Queen’s brother Anthony, Earl Rivers, who was a respected scholar, supervised King Edward V and did his upbringing on the basis of guidelines laid by his father that he wrote in a letter.

King Edward V was the eldest surviving son of Medieval King Edward IV. His mother was Elizabeth Woodville. They were in total 10 brothers and sisters of which only seven survived. In 1483, Parliament declared them illegitimate and their parents’ marriage as illegal. His prominent brothers and sisters were Elizabeth of York, queen consort to Henry VII of England, Richard of Shrewsbury, 1st duke of York and George Plantagenet, 1st Duke of Bedford. Whereas other sisters included Mary of York, Cecily of York, Margret of York, Anne of York, Catherine of York and Bridget of York.

King Edward V ruled England for eighty six days only. He was at Ludlow on 14th April 1483 when he received the news of death of his father, Medieval King Edward IV, who had died five days earlier. Richard, Duke of Gloucester, was the trusted brother of King Edward IV and was nominated as the protector of Edward V during his childhood. Richard and Edward both set out for London and met at Stony Stratford, Buckinghamshire. It is believed that Edward’s half brother Richard Grey and Earl Rivers were killed on the orders of Richard. Richard took Edward to England and there the new King resided in the Tower of London, where his younger brother Richard, Duke of York also joined.  The council wanted an immediate coronation of the medieval king, but Richard postponed it repeatedly. Ralpha Shaa delivered a sermon on 22nd second, declaring the Edward IV’s marriage to Elizabeth Woodville as illegal and declaring all their children as illegitimate. Hence the reign of Medieval King Edward V came to an end when assembly of Lords and commons declared Richard as the legitimate medieval king on the 25th of June. 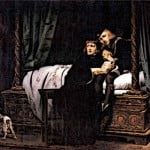 What kind of Ruler was King Edward V

King Edward V was very young and ruled for only eighty four days. He was very well educated and had a very polite nature. He also had special knowledge of literature and had command over verse and prose alike. He was a very dignified person.

King Edward V was one of the “Princes in the Tower”. His rule lasted for 86 days only as he hadn’t come of age and matters were mostly governed by his protector and Uncle Richard III.

Once the assembly of Lords and Commons declared Richard III to be the legitimate King, Edward V, along with his younger brother Richard, were taken to the inner apartments of the London Tower.  After that they were seldom seen and then at the end of summer of 1483 they totally disappeared. It is also believed that after their disappearance, a doctor visited Medieval King Edward V on a daily basis and King Edward used to pray and sought the remission of his sins as he thought he was dying. 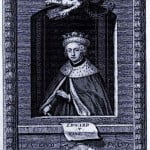 After the medieval king Edward V and his brother Richard’s disappearance, nobody knew what happened to them, but it was widely believed that they both were murdered on the order of their uncle Richard III. Sir Thomas More stated in his writings that both princes were smothered to death with their pillows. The same thing was depicted in Shakespeare’s play Richard III. There are so many other theories as well regarding their death. One such theory says that King Edward died of poor health as he was frequently visited by a doctor and he died during treatment. According to another theory, they were murdered on the orders of 2nd Duke of Buckingham, Henry Stafford or by Henry Tudor. However, these theories are less believable as compared to the straightforward one that they were murdered by their uncle, as he was responsible for their care and had full access to them. Medieval King Edward V was around twelve years old when he disappeared and presumably died.

King Edward V’s rule lasted for eighty six days only.King Edward IV,before his death, nominated his brother Richard, Duke of Gloucester, as protector of his child, but who in turn had Edward V declared as illegitimate and himself as the rightful Medieval King of England. It is also believed that was Richard who contributed to the disappearance and death of King Edward V.