Hugh Capet was the King of the Franks in West Francia in the 10th century. He rose to power and influence at a time when West Francia was reduced to a small kingdom comprising of many relatively independent dukedoms. 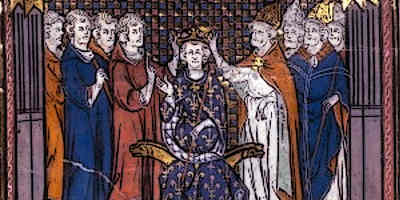 Hugh Capet was the King of the Franks

To make matters worse, the Ottonian dynasty with its power base in Germany to the east continued to assert its influence in Frankish affairs. 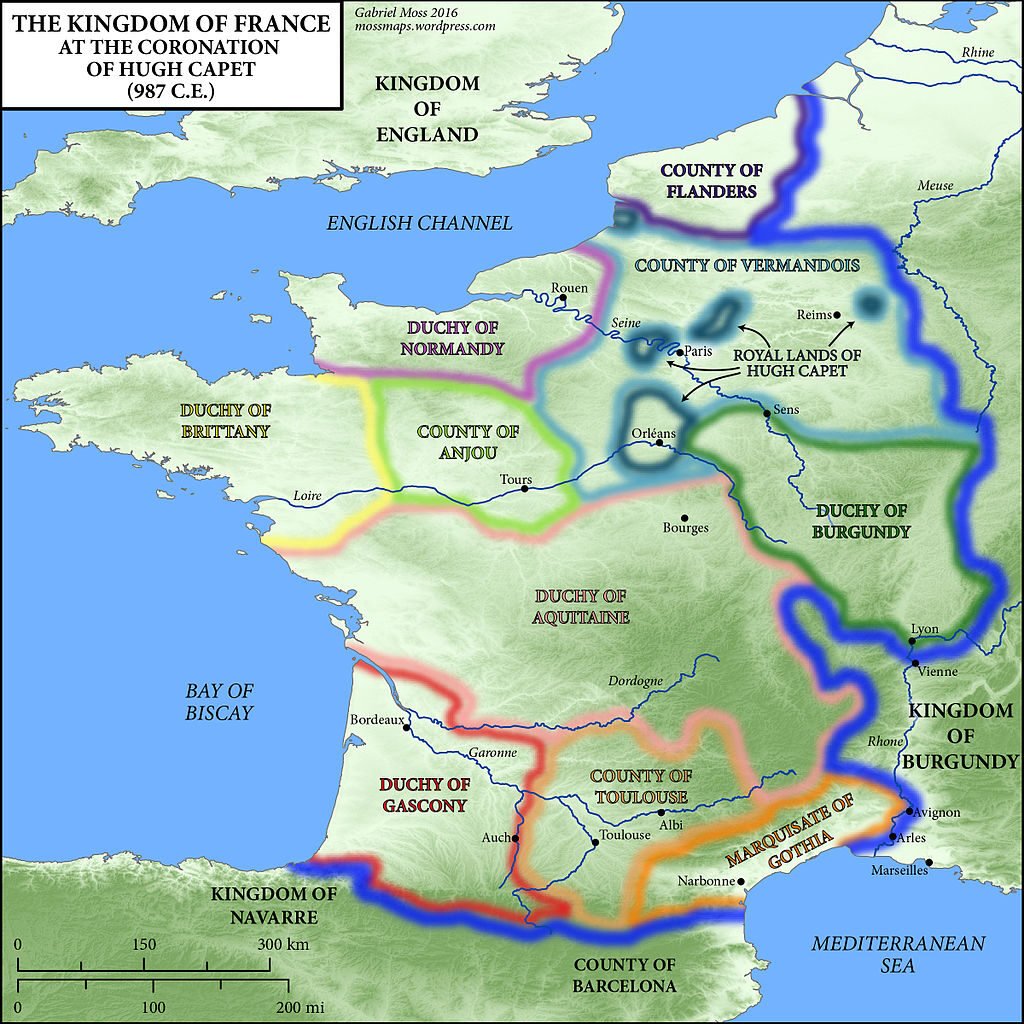 Hugh Capet had to contend with many powerful nobles as well as the Ottonian and Papal influence during his reign. His most outstanding achievement was that the dynasty that he founded would go on to directly rule France unabated for seven generations.

By the end of the 9th century, the power of the Carolingian monarchs had waned to a great extent. Saxonia to the east had become the independent Kingdom of Germany under Ottonians and lands to the south of West Francia were all but lost.

Within West Francia, Carolingian kings held little sway in the face of powerful noblemen. Hugh Capet’s father, Hugh the Great, wasn’t powerful enough to contend with these rival noblemen, so he had Louis IV, a weak Carolingian king, installed on the Frankish throne.

In return, Louis IV effectively made him the most powerful man in West Francia by ceding authority to him and granting him notable titles. Hugh Capet inherited his father’s vast estates and political influence.

In 978, he helped Frankish king Lothair defeat an invading force of Otto II of Germany. This resounding achievement made him the most powerful nobleman in the whole of West Francia.

Ascension to the throne in West Francia at the time required the assent of powerful noblemen of the kingdom as well as the support of the archbishopric of Reims.

When King Lothair died, Hugh was able to rally the support of both the noblemen and the archbishop. He was consequently crowned the King of the Franks in 987.

He was the first French king of the Capetian dynasty and he was quick to establish his dynasty on firm grounds by having his son crowned king the same year.

The last surviving Carolingian descendant, Charles of Lorraine, contested the coronation. Hugh launched a war against Charles and after many setbacks, had him captured and imprisoned by 991.

Although Hugh Capet was able to secure the Frankish throne for himself in 987, his authority remained largely limited to the northeastern parts of the kingdom.

However, he established a Capetian dynasty that would produce the next seven kings of France in succession. His dynasty, the House of Capet, would directly rule France from 987 to 1328.