Philip II Augustus was the king of France from 1180 to 1123. He was one of the most powerful French monarchs to have descended directly from the House of Capet.

Philip’s reign was the period during which France expanded from being a small kingdom to the most powerful kingdom in Europe. During his lifetime, Philip was able to check not only the power of other kingdoms in Europe, he also successfully defeated their military alliances.

At home, Philip was able to contain the power of the nobility by promoting the rising bourgeoisie class. This ushered a period of prosperity in France.

Philip II Augustus ascended to the French throne at a time when the power of the French noblemen was already declining in the face of an increasingly powerful monarch.

Early in his reign, Philip had to contend with the powerful Count of Flanders whom he successfully subdued in 1181. In 1184, he defeated attempts by another alliance of his vassals to diminish royal authority.

Once he had effectively subdued the nobility at home, Philip turned to England. The consequently Anglo-French dispute over Normandy, Anjou and neighboring territories would become one of the most significant military disputes of Philip’s reign.

Philip II remained actively involved in English affairs from the beginning of his reign. English monarchs at the time enjoyed significant power, not only in England but also north of France where the powerful regions of Normandy, Anjou and Aquitaine were under their control.

Philip II joined forces with rebel sons of King Henry of England, successfully exploiting the schism in the royal family to check English power on Continental Europe. He would later wage war against Richard the Lionheart, Henry’s son, from 1192 to 1199.

Although Philip scored significant victories early in this period, Richard was quick to regain lost English territories. After Richard’s death, Philip’s conflict with England continued in the reign of English king John Lackland. By 1204, Philip had gained most of Normandy, Aquitaine as well as the rest of Angevin lands on the Continent. 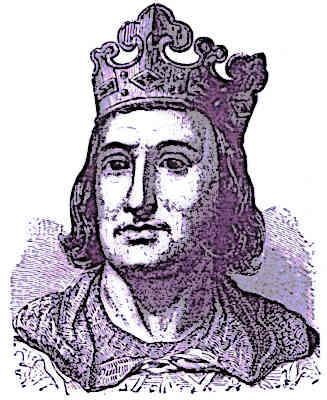 One of the most significant military events of Philip’s reign was the War of Bouvines which took place in 1214. England had allied itself with the Holy Roman Empire and the Count of Flanders to check French ambition on Continental Europe.

The battle between the alliance and French troops under Philip II took place near River Lys. After fierce fighting, Philip was able to defeat the alliance and capture the Count of Flanders.

Otto, the Holy Roman Emperor, fled the battlefield and was soon overthrown. King John of England returned to England as a weak monarch in the wake of this defeat.

He was soon forced to sign Magna Carta and permanently cede a portion of royal authority to his barons. Philip, on the other hand, gained immensely from the battle. This victory effectively established France as the most powerful kingdom in Europe at the time. It also ensured the continuance of a very strong central monarchy in France.