During this period, the Empire underwent many changes and essentially existed as a collection of multiple kingdoms and numerous territories.

Due to its multi-ethnic and multi-territorial nature, the Empire had a complex political, social and economic system.

The head of the Empire, a nominal Emperor, very rarely enjoyed real power and was often only as powerful as the support he was lent by German princes.

At its height, the Empire was a huge entity in Central Europe and produced many notable personalities.

Jakub Wejher was one of the most influential members of the Polish nobility during the 17th century.

As a nominal part of the Holy Roman Empire, his services rendered to the Polish crown were rewarded through prestigious title by the Empire.

He subsequently took part in Polish war against the invading Swedes and after defending the north, he went to southern Poland to continue the defense of the kingdom directly under the King.

For his services he was given the title of the Count of the Holy Roman Empire and was made the ruler of a vast territory encompassing a 100 villages and five towns.

In an increasingly Protestant central Europe, he remained an ardent albeit tolerant Catholic all his life. 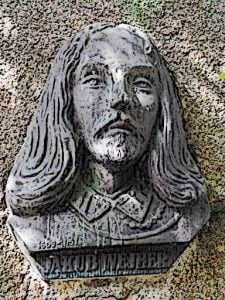 Florian Geyer was a notable diplomat and knight of Franconian descent who played an important role in the Holy Roman Empire during the 16th century.

Early in his life, he spent a considerable time in foreign courts, specifically the English court, and learned a great deal about reformist ideas. This influence was to permanently mark his later life.

In 1519, he served as a part of the Swabian League but his subsequent diplomatic efforts were crucial in ending the Polish-Teutonic War in 1521.

During the German Peasants’ War, Geyer famously sided with the peasants, being one of the very few German noblemen to do so.

He helped established a solid cavalry unit which helped the peasants win many major victories and reputedly had ‘Neither cross nor crown’ etched on his sword’s blade.

He was stabbed to death in 1525 and eventually became a German national hero. 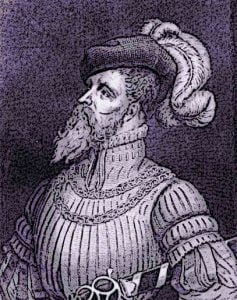 Crescentius the Younger was a member of the Roman aristocracy in the 10th century.

At the time, the Roman aristocracy wielded significant influence in the election of the Catholic Popes, something which frequently pitted them against the Holy Roman Emperor.

During the regency of Otto III in the 10th century, Crescentius effectively led the Romans to virtual independence and had himself installed as their leader.

After Otto III arrived in Rome in 996, he held Crescentius to account for his conflict with the Papacy and took away his patrician status.

Once Otto III had left Rome, Crescentius and the Romans revolted, forced the Pope to flee and chose an anti-pope.

The rebellion eventually failed and Crescentius was executed, effectively deciding the issue in favor of the Papacy against the Romans.