Otto I was the King of Germany from 936 to 973. During his lifetime, he would extend his kingdom to forge a vast Empire effectively bringing together most of the original territories of Charlemagne’s Empire.

He consequently took the title of the Holy Roman Emperor in 962. In attaining power, Otto diminished the powers of the dukes within his Empire, especially in Germany. He also reformed the Roman Catholic Church so that ecclesiastical officials in Germany were subject to royal decrees.

In 936, Otto I succeeded his father as the Duke of Saxony and the King of Germany. Soon after his ascension, Otto I had to face rebellion from the powerful dukes of his kingdom.

He was able to subdue the rebellion completely by 938. Next year, Otto’s younger brother and the Duke of Lorraine mounted another rebellion against him with the aid of the French King Louis IV.

By 940, Otto had crushed this rebellion as well, reconciled with his brother and forged an alliance with Louis IV. Once he had complete control of his kingdom, Otto turned to internal politics and introduced many radical reforms, diminishing the power of the nobility and bringing near-absolute authority to himself.

Otto I and War with Slavs

During the early part of his reign, Slavic tribes to the east of the kingdom of Germany rebelled against Otto’s rule. In 939, Otto was barely able to defeat an enormous army of the Slavs advancing towards the Germany borders.

In 941, Otto manipulated divisions between Slavic tribes to have an allied Slavic prince rule the Slavs as his vassal. A few years later, Slavs to the north of Germany launched a military campaign against Otto’s lieutenant in north Saxony.

They defeated the Germany army in 947 and had north Saxony under their rule until Otto led a large army and defeated them in 950.

Otto I’s son launched a military campaign into northern Italy in 951. He did so independently of Otto and was nearly destroyed until Otto arrived with a sizable army to assist him.

Later the same year, Otto arrived in Pavia and received the support of the most of the northern Italian noblemen. He was consequently crowned the King of Italy. However, he couldn’t directly hold control over Italian affairs and by 952, he ceded the title to Berengar II in return for Berengar’s vassalage. 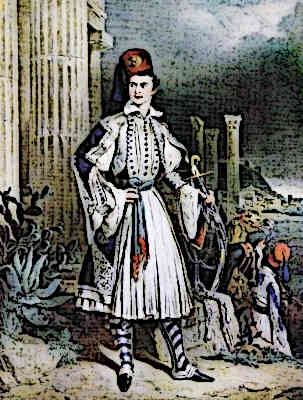 In 961, Otto marched through northern Italy on his second Italian expedition and reached Rome by 962. He was crowned the Holy Roman Emperor by Pope John XII. However, Otto’s relationship with the Papacy was troubled so much so that he deposed John XII in 963 and appointed Leo VIII as the new Pope.

In order to reassert his authority in Italy and aid a beleaguered Papacy, Otto led a third campaign into Italy in 966 and forged an alliance with the Byzantine Empire. As a result of the alliance, Otto was able to retain control of northern Italy as well as parts of southern Italy while recognising Byzantine control over certain southern Italian territories.

Otto I died in 973. He left a vast Empire, being the first of the German kings to forge such a huge dominion in Western Europe. He effectively laid the foundations of the Holy Roman Empire which would continue to exist until the modern period.