The Thumbscrew was a tool that was commonly used for purposes of torture in medieval times.

It was a simple torture device used to crush the fingers of the person to be tortured.

The thumbscrew was a particularly effective torture tool for gaining confessions.

It was used to crush fingers of the hand as well as the toes of the feet.

The Thumbscrew had many other prevalent names in medieval Europe.

It was also called th ‘thumbkin’ and ‘thumbikin’.

Variants of thumbscrews existed in many other shapes and were used for different purposes.

For instance, a knee-crusher utilized the same mechanism as a thumbscrew and was mainly used to crush the knees of the victim.

A head-crusher was more lethal and was used to crush the head of the victim.

All of these variants were most commonly employed during different inquisition episodes in the medieval period. 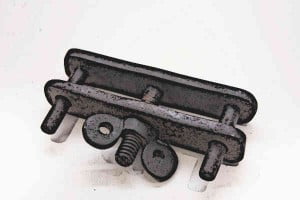 The Thumbscrew had many other prevalent names in medieval Europe. It was called by the name of thumbkin and also thumbikin.

The Thumbscrew was considered one of the most notoriously effective tools of medieval torture.

One of its redeeming aspects, in the eyes of the torturers, was that it wasn’t lethal at all and yet it inflicted extraordinary pain on the victim.

For maximum pain, the torturers crushed the victim’s fingers one by one so that the crushing of each finger made the victims suffering excruciating.

Since the victim neither died of fainted in most cases, the tool was considered effective in extracting confessions and any other information from the victims.

Typically, a thumbscrew comprised of three vertical bars and a wooden bar was affixed to the top of these three bars which were spaced at a distance.

A second bar, not fixed, was slung into the bars with the help of three holes in it.

When the victim was ready to be tortured, his fingers were placed between the fixed bar and the loose bar.

The loose bar was then steadily tightened along the length of the vertical bars until it was tightly held against the fingers of the victim.

The bar was then steadily tightened and the more it was tightened, the more the fingers of the victim got crushed.

Although the device was small and very simple, it was effective enough to crush the bones of the fingers. 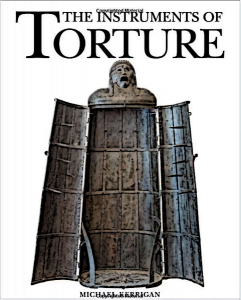 One of the most common victims of thumbscrew torture were alleged heretics or blasphemers.

The inquisitors first attempted to extract confessions from these victims before presenting them for trial and sentencing.

So they made use of the thumbscrew to extract forced confessions from these victims.

In most cases, the use of the thumbscrew was very effective and many innocent persons were forced to confess many crimes they didn’t commit.

Since there were no laws governing the use of torture tools in obtaining confessions, the use of thumbscrew was common and its aid in getting confessions and it wasn’t considered illegal or in any way damaging to the case of the inquisition. 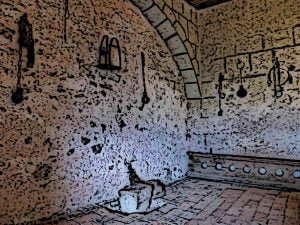