Medieval music is simply defined as western music written during the medieval period, which began after the fall of the Roman Empire in the 5th century. The influences of medieval music spread throughout Europe up until the early 15th century.

However, it was in the 12th century when the medieval repertory actually began. Medieval music was mostly characterized by courtly love and romance, and was highly influenced by Arabian love songs. 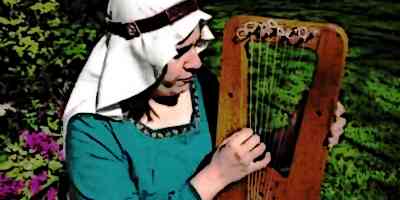 Anglo-Saxon rule in Britain lasted from the 5th century until the 11th century, a wide range of instruments were used in Medieval England Read more about the ﻿Anglo Saxon Music >> 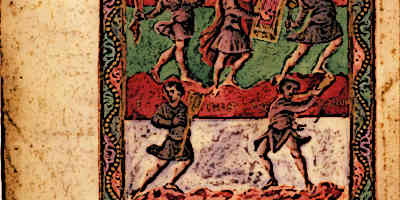 Read more about the Carolingian Music >> 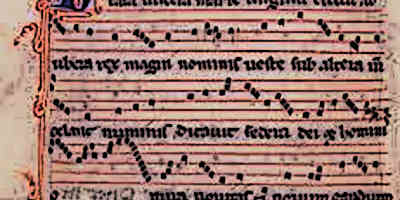 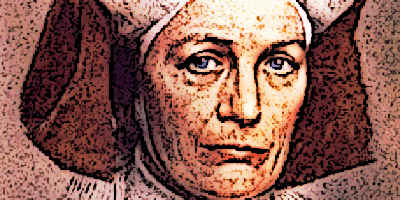 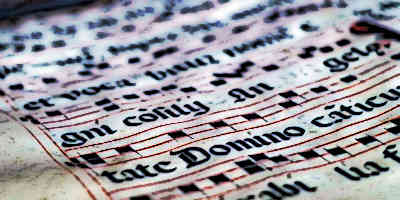 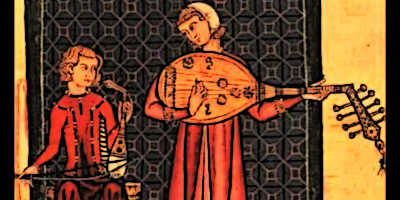 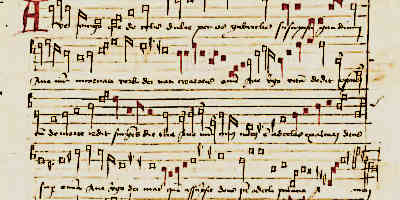 Medieval composers were very accomplished musicians, and some excellent music was composed by medieval composers throughout medieval times that has had a big impact on the history of music.   Read more about the Medieval Composers >> 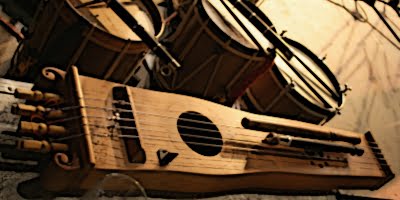 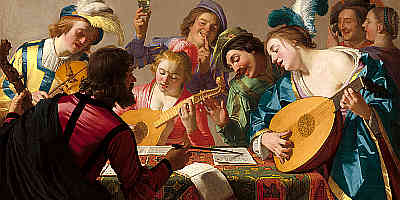 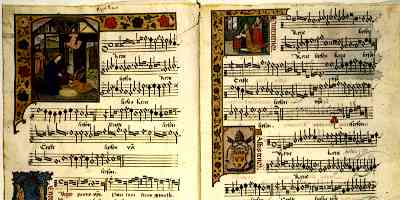 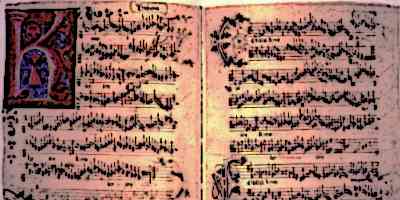 Medieval Times was an important time for music, important songs such as Greensleeves and the Song of Roland were written and produced Read more about the Medieval Songs List >> 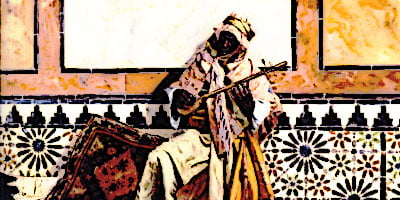 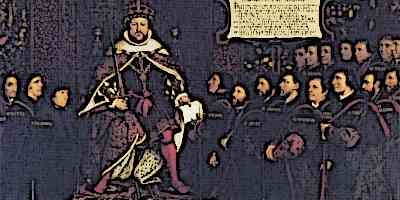 Another Medieval instrument was the recorder which retained its form throughout history. The gemshorn is another instrument quite similar to the recorder but has finger holes in front.

Medieval music also used a lot of string instruments such as the mandore, gittern and psaltery. Dulcimers on the other hand, were invented in the 14th century as technology enabled the creation of metal strings. This instrument operates similar to the psaltery.

Ballad is a common type of medieval music. Despite being a dark era, the middle ages were rich in musical influences.

In Europe, there were people who made a living from singing and playing musical instruments. These people went to big houses to provide entertainment. They were called troubadours or trouveres and they mostly sang this type of music.

Dances are also very common during the middle ages. There were two types of dance: the line dance and the circle dance. These dances involved medieval music that required playing some of the most popular medieval music instruments.

Church music at that time was also very important and the mass was considered the main form of church music. However, church music did not involve musical instruments. In fact, instruments were banned in church as the priests wanted it to be serious.

The medieval period also had written music, although not very many of them survived the dark times. These are mostly religious kinds of music written using neumes, a system that shows the pitch with unclear rhythm.

Music transcends time. Most historians and scholars would probably agree to that, especially that pin pointing the beginning and origin of medieval music can be a challenge. Early medieval music usually means western music during the Medieval, Renaissance and Baroque periods.

However, it must also be taken into account that there were various trends that emerged in the 1100’s. It was a relatively large number of written noted polyphony and non-liturgical songs.

Some historians believed that that was the real beginning of medieval music. Nevertheless, there are also sources of ancient music which some scholars consider as early music.

During the early Christian period, traditional Roman melodies were set. And in the dark ages from the 5th to 10th century, these kinds of music were organized into official church music under the reign of Pope Gregory I. These were more commonly known as Gregorian chant.

The evolution of music began during the late middle ages when musicians started to embellish the chants with parallel melodies. Meanwhile, full polyphonies emerged during the late medieval era, where the lines acquired an independent pitch movement as well as rhythm. The number of lines also expanded to include three to four-part polyphonies.

Eventually, these advances in music lead to the development of non-religious music commonly known as secular music. These are kinds of music that were composed primarily for entertainment purposes.

Throughout the middle ages, secular music featured heroic legends and love stories, which were popularized by professional secular musicians generally called the travelling musicians.
What was the most popular medieval music

There is no actual record as to what was the most popular kind of music during the medieval ages. However, based from the evolution medieval music, the most prominent forms were the plainchants and the secular music.

Gregorian chant, also called plainsong, is a form of monophonic unaccompanied singing very popular from the 8th century to the 10th century. This was taken from the name of the pope, St. Gregory the Great.

When secular music began to spread across the continent through professional travelling musicians, it has gained great popularity over the early medieval music. This kind of music has evolved and introduced vernacular monophonic songs accompanied by instruments and sung by professionals, even skilled poets and instrumentalists.

Hilegard von Bingen was a German abbess, author, linguist, poet, visionary and composer. She is popular for Ordo Virtutum, which is an example of a liturgical drama.

Moniot d’Arras was a French composer in the 12th century. A poet of trouvère tradition, a monk of the abbey of Arras north of France. His songs were all monophonic mostly in pastoral romance form and about courtly love, although he also wrote some religious songs. Fifteen of his secular songs and two religious ones survived the middle ages. His most popular song is the Ce fut en mai.

Adam de la Halle was also a French-born trouvère, a poet and a musician. He was one of the early founders of secular theatres in France.

Guillaume de Machaut was known as the last great poet who was also a composer. His poetry was greatly admired during the 15th century. Some of them were also imitated by other poets including great ones like Geoffrey Chaucer.

Perotin was the most famous member of the Notre Dame school of polyphony. He was called “Perotin Magister" which meant Perotin the master.

The decline of Medieval Music

During the late middle ages, before music had fully evolved into Renaissance music, the style known to many was Ars subtilior which was developed with French and Italian traditions. It was characterized by highly complex rhythm.

Music was then eventually intensely affected by changes that also led to the Renaissance period. Writers, philosophers and pets at the time tried to go back to the ancient past to find inspiration for their music, while musicians and composers looked to the opposite directions. Most sought out new methods of expression for music, which had set the tone for the Renaissance period.