What was the Iron Maiden Torture Device?

Another brutal device reportedly used during the medieval times in Europe was called the Iron Maiden. The device consisted of double doors on the front with upright sarcophagus and spikes on the inner side.

The device was so tortuous that initially it was considered to be a fictional device with no real existence. However, various documented proofs of the device were subsequently found and thus it was confirmed that the device was actually in vogue, although not perhaps during the medieval times.

Various other names were also used for Iron Maiden, including Virgin or Jangfer, the latter a German word.

When was it Used?

According to some sources, the construction of Iron Maiden was inspired from a medieval device called Schandmantel which literally meant “coat of shame” or “barrel of shame”. But while the outside structure of both devices was quite similar, the old device, unlike Iron Maiden, did not have any iron spikes which made quite a difference. 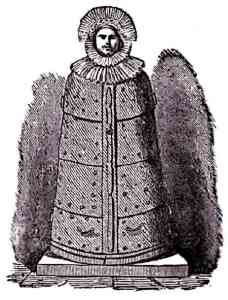 How did the Torture Device Operate

The mechanism of operating it was quite simple. It had two doors which could be opened and shut. The victim was forced to get inside which was more like a standing coffin with a difference that it had sharp spikes on the inside.

Once inside, the doors were shut on the victim and the spikes would pierce several organs of the body. However, in order to make sure that the victim would not die instantaneously, the spikes were not made long.

This meant that they would only result in relatively small wounds and the victim would bleed to death over the course of several hours.

How were Victims Tortured using the Iron Maiden Torture Device

The positioning of the spikes inside the Iron Maiden was crucial to the torture. The spikes were so placed as to cause damage to various bodily organs, although never as much damage as to cause instant death.

The device also had an influence on the modern popular culture. For instance, the British heavy metal band Iron Maiden was named after the device. Similarly, it was a name given to the device used in experiments for alleviating the effects of high-g acceleration at Johnsville Naval Air Development Center.