A Garrotte torture device was basically a strangulation device, the only real difference between a medieval Garrotte torture device and a simple rope or wire with handles that could be wrapped around a victims head to strangle them is the fact that the victim could be seated and the mechanism that perform the strangulation was more sophisticated and easy to implement. It would seem that medieval people must have had too much time on their hands as they certainly had the time to come up with a multitude of torture devices that were not really required.

How was a Garrotte Torture Device made

The term “Garrotte” refers to the wire or rope used to strangle a person that could have handles attached to each end to make it easier to use, there is nothing more to a “Garrotte” in that sense and there is no requirement for any additional wood or structure to be attached. A Garotte is just as well know as a device to kill a person as a torture device. More or less any material that can be used for strangulation can be used for a Garrotte such as rope, wire and in later times nylon, fishing wire, telephone cords etc. The term “Garrotte also has different understandings in different countries for example in Spain the word refers to a rope and stick torture device that constricts a persons movement. 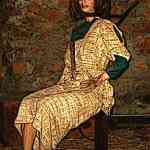 Origins of the Garrotte Torture device

The Garrotte torture device was popular throughout the world, however it was particularly popular in Spain and this is where it got it’s name from, the Spanish tinkered with the original Garrotte torture device to maximize it’s ability to cause maximum pain and a certain death. It is difficult to trace back the origins of the original Garrotte device which must have been around in the ancient world, but certainly the adapted version for torture was introduced in Spain and widely used during the Spanish inquisition.

How did The Garotte Work

The more advanced Garrotte torture device that can be seen in the images was usually made of wood with a seat, the victim would sit down as he was tied to the Garrote device and then a metal collar was secured around his neck, the executioner or person carrying out the torture would then turn a handle that slowly tightened the collar around the victim, as the neck was slowly crushed, breathing became difficult and the victim would eventually die as the oxygen supply was cut off and he became asphyxiated. The iron collar would penetrate into the cervical vertebrae and crush it causing the victim to die of both asphyxiation and
severe trauma to the spinal cord. 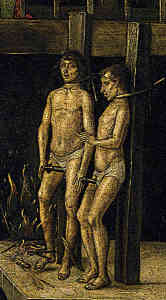 What Crimes was the Garrote Used for?

The Garrotte torture device was used for many different crimes that were punishable by death, however it was not used for minor crimes where humiliation was the intended punishment. The Garrotte torture device was most popular in Spain and was used most frequently during the Spanish inquisitions to obtain confessions from heretics (non believer’s) However as in most of medieval times brutal crime and punishments twisted logic it was really a no win situation for the victim, confess to the crime and you were burned alive, deny the crime and you continued to be tortured until you probably died from your injuries. The Garrotte may even have been considered a more humane why to kill someone in medieval times as it was so quick compared to other forms of medieval torture and this may be why it was so popular.

The Garrotte as a killing weapon

The Garrotte has been used in ancient history and is still used in modern times but not as a torture device in the way it was used in the Spanish inquisitions but just as a simple silent weapon that could be used to strangle someone. We have probably all seen movies where the Bad Guy sneaks up behind his enemy and quickly places a Garrotte over his head pulling it with force as the victim tries to stop the strangulation (please see image)

Decline in the Garrotte torture device

The Garrotte torture device began it’s decline after the medieval period as the new enlightened period of the Renaissance did away with a lot of the backward thinking of the dark ages and medieval period. However you may be surprise to learn that the last recorded use of the Garrotte wasn’t until 1975 when a Spanish student was executed with a Garotte, unfortunately the student was later found innocent of any crime.