Queen Mary I ruled the England and Ireland from July 1553 to November 1558. She was known as Bloody Mary because she ordered the execution of many Protestants. She was the daughter of Henry VIII of England and Catherine of Aragon. Queen Mary I was their only child who would survive till adulthood. After her father’s death, her younger brother succeeded as King Edward VI but fell seriously ill in 1553. Although Queen Mary I was in line to the throne, Edward opposed her due to his religious differences with his sister. After Edward’s death Lady Jane Grey, Edward’s cousin, was proclaimed queen, but was soon deposed by Queen Mary I. She was the fourth monarch of the Tudor dynasty. 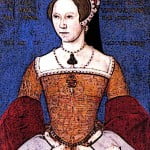 In History, Queen Mary I is remembered as the monarch who restored Roman Catholicism. Before her, her half brother had practiced Protestantism and had reformed the church accordingly. She ruled for five years and in that time she had about 280 religious dissenters burnt at the stake. In the history she is remembered as Bloody Mary for the ruthless executions of the Protestants.

Queen Mary I was born on 18th February 1516 at the Palace of Placentia, Greenwich. She was the Queen of England from July 1553 to 17th November 1558. Her coronation took place on 1st October 1553. In 1555 protestant bishops were burnt at stake for heresy. In 1556 Philip became King Philip II of Spain. Philip returned to England in July 1557 to persuade Mary to attack France. She died on 17th November 1558. Her burial took place on 14th December 1558 at Westminster Abbey, London St James’s Palace, London.

Why was Queen Mary I called Bloody Mary? 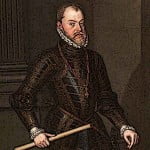 Philip II of Spain was the only son of Mary’s cousin Charles V and it was Charles suggestion that Queen Mary should marry him. Before marriage, Lord Chancellor Gardiner and the House of Commons wanted Queen Mary to marry an Englishman as they feared England would be relegated to a dependency of the Habsburgs. In the process Wyatt’s rebellion broke out to depose Queen Mary which was ultimately crushed. Marriage finally took place under the Queen Mary’s Marriage Act, according to which the parliament was to be called under the joint authority of the couple. Official documents were to be dated with both their names. Under the act England was also not bound to provide any support to Philip’s father in case of war. Philip accepted it with a heavy heart. Queen Mary I married Philip II of Spain on 25th July 1554. The marriage took place at Winchester Cathedral after two days of their first meeting.

What Type of Ruler was Queen Mary I

Queen Mary I was considered a cruel ruler, especially when it came to religious affairs. Due to her anti Protestantism stance she ordered the execution of many Protestants and many were burnt at stake in the process. Even many officials on her side feared that such enforcement could result in revolt. As a result anti-Catholic and anti-Spanish feelings exacerbated among the English people. 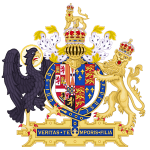 The Coat of Arms of Medieval Queen Mary I Bloody Mary

What was Queen Mary I famous for?

Queen Mary I stopped menstruating in September 1554. It was believed that she was pregnant as she also gained weight and started to feel nauseated in the mornings. In April 1555 when the childbirth became imminent, Elizabeth was released from the house arrest in order to act as a witness to the birth. The delay in delivery to May and then to June created suspicion that she was not pregnant. Her abdomen started to recede by the end of July 1555 and it was believed that it was a false pregnancy as Queen Marry had an overwhelming desire of having a child.

Queen Mary I imprisoned many churchmen by the end of September following her accession. She also abolished many religious laws introduced by half brother Edward. Church’s old doctrine was also restored along with clerical celibacy. Heresy act was revived by the End of 1554. Under the Heresy act may Protestants were executed and many rich Protestants chose exile. Due to her religious cruelness she was known as Bloody Mary. 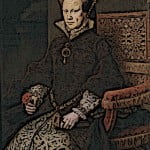 Queen Mary I’s greatest achievements included the strengthening of parliament. She also settled religious issues through the parliament. She restored the administrative structure of the Church to its old form and as a result strengthened it. She promoted Catholicism and introduced laws for this purpose, although her methods were controversial as many Protestants died in the process. She also preserved the Tudor Succession and established the gender free authority of the crown.

Queen Mary I was the fourth monarch of the Tudor dynasty and her accession to the throne wasn’t easy as she had religious differences with her brother king Edward who had followed Protestantism. She was Catholic and after her succession she abolished all the religious laws introduced by her half brother and former King Edward. She also revived the heresy law and persecuted Protestants through it. Many rich Protestants chose exile whereas others were executed on Queen Mary I’s orders. Due to her acts against the Protestants, she was known as Bloody Marry.