The House of Tudor was a royal dynasty that ruled England from 1485 to 1603. They were of Welsh and English origins and gave five rulers to the land. The first monarch, Henry VII, came to power by defeating Richard III of the House of York in the Battle of Bosworth. This was the last instance when a transfer of power was done through the battlefield. Henry VII descended through his mother who belonged to the royal English House of Lancaster. 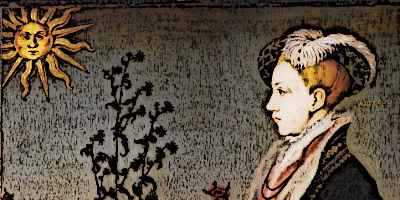 King Edward VI was raised as a Protestant and helped transform the church into a protestant institution, he had a good knowledge of music and geometry, he died at only 15 years of age.  Read more about the King Edward VI >> 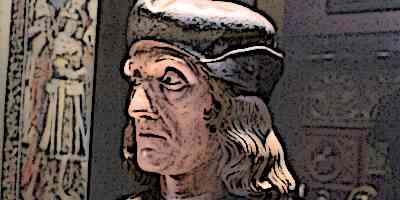 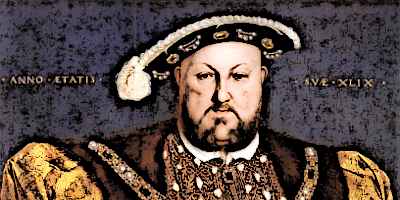 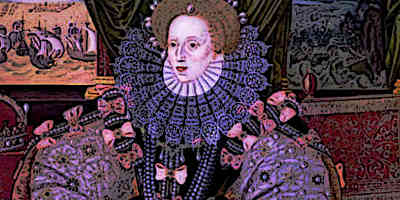 Elizabeth I was known as "The Virgin Queen", "Good Queen Bess" and "Gloriana". She was the Last Tudor Monarch who ruled England Read more about the Queen Elizabeth I >> 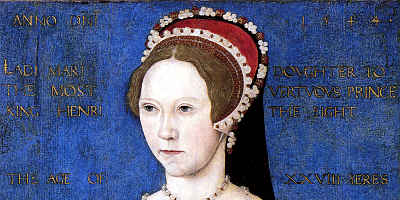 Queen Mary I also known as bloody Mary gained this nickname as she ordered the killing of many protestants when she was queen. It is believed that Bloody Mary had 280 people burned at the stake.  Read more about the Queen Mary I >>


History of Kings During The Tudor Period

The history of Tudor Period began with the ascension of Henry VII to the throne as an aftermath of the famous War of the Roses. Henry Tudor managed to obtain the support of the Houses of Lancaster and York after the War of the Roses and became king in 1485. His rule was followed by his son Henry VIII who brought about crucial administrative and social changes with far-reaching consequences in England and beyond. The Tudor history ends in 1603 because the last monarch, Elizabeth I, never married and hence did not have any heir.

Time-line of The Tudor Period Kings

The first Tudor king was Henry VII, who ascended to the throne in 1485 and ruled England till his death in 1509. After him, his son Henry VIII assumed the throne and proved to be one of the most successful Tudor Kings. Henry VIII died in 1547 following a prolonged illness resulting from a jousting accident. The third king in the line was Edward VI, who became king at a young age of 9 and died at the age of 16 after a brief reign. After Edward, Mary I ruled England from 1552 to 1558 followed by Elizabeth I, also known as the “Virgin Queen", ruling the kingdom from 1558 to 1603.

Henry VII, who ruled England from 1485 to 1509, was the first Tudor King and is credited with restoring the peace and stability in the region, which had suffered due to a series of Civil wars known as the Wars of The Roses. He stabilised the English Monarchy and the transfer of power to his son was smooth and done in a peaceful manner. Apart from political stability Henry VII is also praised for a number of diplomatic, economic and administrative initiatives. He was married to the Elizabeth of York.

Henry the VIII was one of the most famous kings during the Tudor period, he had six wives and is considered as one of the most charismatic rulers to sit on the English throne. He is famous for his role in the separation of the Church of England from the Roman Catholic Church and for making many radical changes in the English constitution. He is also famous for his wars with both Francis I of France and the Holy Roman Emperor Charles V, his contemporaries. He died at the age of 55 and his obesity is considered the main reason of his illness.

Edward VI was the third Tudor King and the son of the Henry VIII and Jane Seymour. He was England’s first monarch who was raised as a Protestant. During Edward’s reign the Kingdom faced economic problems and social unrest whose peak was seen in 1559 when it turned into a riot and rebellion. He took great interest in religious matters and transformed the Church into a Protestant body. Many reforms to Protestantism, which was established for the first time, were made during his reign; like the abolition of clerical celibacy & Mass. He died at the age of fifteen due to an acute illness.

Mary I was the fourth monarch of the Tudor Dynasty. She is known as “Bloody Mary", a sobriquet, given by her opponents due to the executions of Protestants that were done on her orders. She had religious differences with her younger half brother Edward VI, who attempted to remove her from the line of succession when he fell ill. She restored Roman Catholicism and on her orders many religious dissenters were burned alive. According to some Historians around 280 people were burned alive. She died at the age of 42 during an influenza epidemic.

Elizabeth I was the fifth and last monarch of the Tudor dynasty. She is famously known as “The Virgin Queen" because she never married and remained childless. She was the daughter of Henry VIII from his second wife Anna Boleyn. During her reign English drama flourished, which is evident from the fact that William Shakespeare and Christopher Marlowe were the famous playwrights of that era. Elizabeth I was a very intelligent person and even though she herself was a Protestant, she was able to keep people who were Catholics on her side and keep everything under control during her reign. She died in 1603 at the age of 69.

Who were the most important Kings of the Tudor period?

Henry VIII is considered the most important Tudor king and he ruled England from 1491 till his death in 1547. He was the second king in the Tudor Dynasty and ruled the country after the death of his father, Henry VII. The most important thing that Henry VIII did was to divide the Church and State by asserting the divine right of the king. He dissolved the Roman monasteries in England and diverted the revenues to the royal treasury instead of paying them to Rome.

Who were the worst Tudor Kings?

Interestingly, while Henry VIII was easily the most important king of the Tudor Dynasty, he was also a tyrant of the worst sort. He executed many people, including two of his own wives and friends, he was a short tempered man especially towards the end of his life. He also suppressed the Pilgrims of the Grace as a result of his war against the Catholic Church even though they were loyal to him.

Various innovations in the political and social life of England were brought about during the era of the Tudor Dynasty. The most important one was, of course, the England reformation brought about by Henry VIII that resulted in a split between the Church of England and Roman Catholic Church. One of the crucial social changes in society was an unprecedented expansion in the education and literacy rate. Tudors also increased the efficiency of the administration and established England as a world power by acting as peace-makers between France and Spain.

Five Tudor monarchs ruled the Kingdom for more than hundred years. Issues regarding royal succession were the major political highlights of the Tudor period. Elizabeth I did not have any children so the Tudor dynasty came to an end after her death in 1603. The Tudors were replaced by The House of Stuart.