Until the end of the early medieval period, Scottish warriors mostly fought on foot.

The ideals of chivalry and knighthood reached Scotland in the High Middle Ages when the Scots were exposed to the courts of England, France and other notable European powers.

It was through their exposure to the knighthood ideals at these courts that many Scottish noblemen brought home knightly practices and by the end of the High Middle Ages, a distinct knightly class existed in Scotland.

Most of the notable Scottish knights date from this period, making a name for themselves in the many wars Scotland fought against England.

William Wallace was one of the most notable Scottish knights in the medieval period.

Wallace rose to prominent at the end of the 13th century when the English crown was actively meddling in Scottish affairs.

Raising the banner of rebellion against the English authority and those appointed by England to rule in Scotland, Wallace launched a long campaign and engaged the English forces in active warfare.

Wallace was able to inflict a major defeat on the English forces at the 1297 Battle of Stirling Bridge and was given the prestigious position of the Guardian of Scotland.

However, King Edward I of England engaged Wallace in another battle in 1298 and in the ensuing Battle of Falkirk, Scots under Wallace suffered a crushing defeat.

Following the battle, Wallace escaped Scotland to try to muster diplomatic support for the Scottish cause in Continental Europe.

In 1305, he was betrayed to the English and was consequently executed at Edward I’s orders over charges of high treason.

Andrew Moray was a Scottish knight who rose to prominent due to the Scottish Wars of Independence against England.

He most famously accompanied William Wallace in his 1297 campaign against the English and provided political and social cover for Wallace as he mustered strength to counter the English.

During the year, Moray single-handedly spear-headed a blazing campaign through the territories of Scottish noblemen appointed by Edward I, effectively destroying their power base.

He was one of the central figures of the First Scottish War of Independence, essentially making it possible for Wallace and later, Robert the Bruce to lead the way to Scottish independence.

At the famed Battle of Stirling Bridge, Moray was alongside Wallace.

Although the English suffered a crushing defeat at the battle, Moray was mortally wounded and died shortly afterwards.

James Douglas was another famous Scottish knight who played an important role during the Scottish Wars of Independence.

Unlike Wallace and Moray, Douglas rose to prominence and power later in the war when Robert Bruce had assumed the kingship of Scotland and was leading the Scottish campaign against the English.

Douglas met Bruce in 1206 and from then onwards, became one of the most trusted, ruthlessly effective and tactically sound lieutenants of Bruce.

For the next 25 years, Douglas was one of the most effective raiders and leaders of Scottish resistance, effectively taking the war deep into the north of England and forcing English armies to flee on more than one occasion. 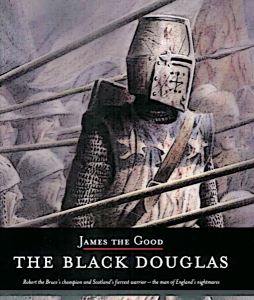 James Douglas was another famous Scottish knight who played an important role during the Scottish Wars of Independence.