Frederick Barbarossa, also known as Frederick I, was the Holy Roman Emperor as well as the King of Germany during the 12th century. The word Barbarossa literally means “Red beard” in Italian. He is generally considered to be one of the greatest Holy Roman Emperors during medieval times. He formulated the Roman rule of law which was among the initial steps to consolidate the power of state against that of Church.

Short Biography about the life of Barbarossa

Barbarossa was born in 1122 and became Duke of southern German region of Swabia in 1147. He was also elected as the King of Germany on 4 March 1152 and was crowned on 9 March 1152. Eventually, he went on to become the King of Italy in 1955 and was thus crowned the Holy Roman Emperor by Pope Adrian IV. He died in 1190 while leading an expedition on the Third Crusade. 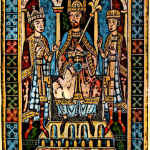 Barbarosa won the confidence of his uncle, the German King Conrad III, during the Second Crusade in which he distinguished himself as a brave fighter. He succeeded Conrad III as the King of Germany in 1152 and set to the task of uniting the German states. Following his expeditions to Italy, he was crowed the Holy Roman Emperor by the Pope.

Milan was the capital city of Lombardy and thus the most important city of this Italian kingdom. After Barbarossa became the King of Germany, he demanded that he be recognised as the Emperor of the West from Lombardy. Milan refused and over the subsequent years sacked (defeated) the town of Lodi that had supported Barbarossa. He first obtained the submission of Milan during his first Italian campaign but the city continued to create troubles for him throughout his life.

Barbarossa became the King of Germany in 1152 and set about unifying the German states and restoring their order. With his diplomatic and war abilities, he soon solidified his position among the German princes. However, he also had conflicts with various princes, for instance with his own cousin Henry the Lion who betrayed Barbarossa during his battle with Lombary and was thus stripped of his land by Barbarossa and sent into exile. 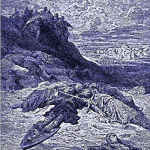 Barbarossa and the crusades

Barbarossa participated in the Second Crusade with his uncle, the Germany King Conrad III. Although this expedition resulted in disaster, Barbarossa excelled himself as a brave solider and due to this reason, he earned the respect and affection of the king who appointed him his successor instead of choosing his own son. He also led an expedition on the Third Crusade which eventually resulted in his death. 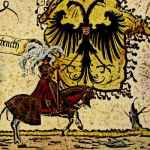 The death of Barbarossa occurred during the Third Crusade which was an expedition led in conjunction with the French and the English monarchs. However, along the way, while crossing the Saleph River, his horse slipped. Due to heavy armor and strong currents, Barbarossa could not swim and was drowned on 10th June 1190.

Frederick Barbarossa is considered one of the greatest Holy Roman Emperors and Kings of Germany. He succeeded his uncle, Conrad III, as King of Germany in 1152 and went on to become the Holy Roman Emperor in 1155. He led various efforts to unite the German states and conquer territory towards the West. His death by drowning came during his expedition of the Third Crusade.