The Holy Roman Empire came into being during early Middle Ages as a conglomeration of different territories located in central Europe. The beginning of the Empire is traced back to the Frankish king Charlemagne who welded together many central European territories into a single Frankish Empire and took the title of Emperor in 800.

The Empire was later cemented when Otto I took the same title in 962 and the foundations of the Empire were firmly established. The Empire was rather complex in its nature and structure, later comprising of different Kingdoms and territories which came to exert a direct influence on the office of the Emperor. The Roman Catholic Church and the Pope also had decisive role in the politics of the Empire until its final days. 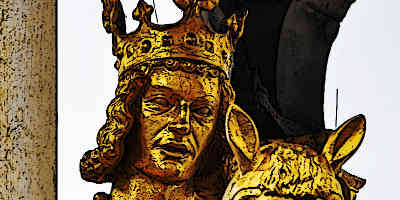 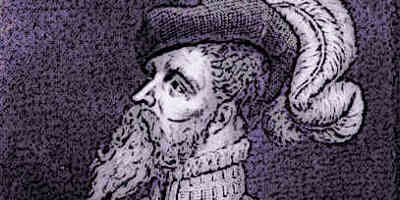 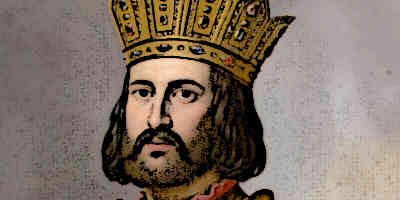 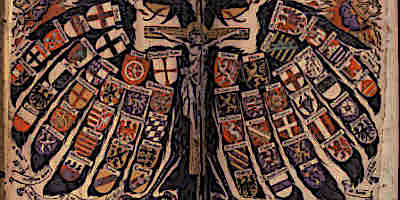 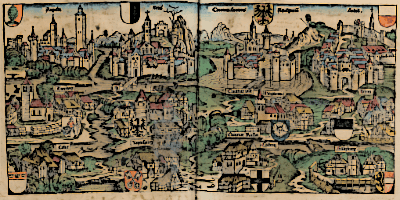 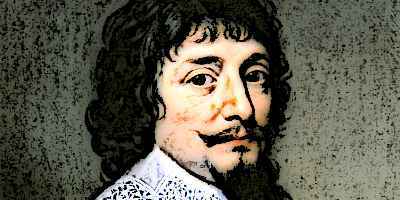 The Frankish emerged as part of the Germanic tribes who dominated the former Roman province of Gaul after the decline of Roman power in Gaul. By the 8th century, Frankish King Charlemagne had conquered territories spanning over modern-day Germany, France and Italy among others. Charlemagne was crowned Emperor and with him the Holy Roman Empire began. Although the Empire nearly disintegrated in the 9th century, it was effectively re-consolidated in the 10th century under Otto I.

From the days of Charlemagne, Papacy had played an important role in granting legitimacy to Holy Roman Emperors. During the High Middle Ages, this resulted in a contest between the Emperors and the Papacy, culminating in King Henry IV’s tussle with the Papacy which resulted in his surrender to Papal authority. During the same period, German princes of different territories also emerged as major power brokers in the affairs of the Empire, leading to the establishment of their votes in affairs as important as the election of the King.

The Reformation period in the 15th century came with major changes to the political dynamics of the Holy Roman Empire. It was during the reign of Charles V in the first half of the 15th century that the Spanish territories were consolidated under a single crown for the first time. It also marked a rift between the Kings of Germany and Spain. Germany was further distanced from Spain by the launch of Protestant movement by Martin Luther in 1517. A major part of the German territories in the north and the east soon embraced Protestantism while those in south and west remained Catholic.

Political Structure of the Empire

The political structure of the Holy Roman Empire was unique in that although it had an Emperor during most of its history, it was highly decentralised and comprised of a vast number of individual political entities. Although the supreme power was vested in the Emperor, the individual political entities were effectively ruled by different princes, dukes, counts, bishops and abbots. Called princes, some of these individual rulers in time came to be powerful enough to have a say in important matters of the Empire and even in the election of the Emperor.

Election of the Emperor

The most powerful dukes and bishops were involved in the election of the Holy Roman Emperor. By 14th century, this process had been formalised and the power of election was limited to the hands of seven princes. These included the Count Palatine of the Rhine, the King of Bohemia, the archbishops of Cologne, Mainz and Trier, the Duke of Saxony and the Margrave of Brandenburg.

By the 17th century, the Duke of Bavaria was added to this list. Any new Emperor needed the vote of all these German princes in order to secure his seat on the throne and this was usually done through offers of lands and money to these electors. Even after his election by the princes, the new King or Emperor had to be crowned by the Pope to finally establish himself as the ruler of the Empire.

The Imperial Diet made most of the important legislative decisions for the Empire. It was a sort of assembly divided into three classes. The Council of Electors was the most powerful class of the Diet, comprising of the elector princes who voted for the King. The Council of Princes comprised of the other princes of different territories throughout the Empire. The Council of Imperial Cities was the least powerful class and was the last to be added to the Diet, formally recognised only in the 17th century. The Imperial Cities had little say in most vital decisions of the Empire.

The Decline of the Empire

After the 15th century Reformation, the Empire saw its German territories largely accept Protestant faith which put them at odds with the rest of the Catholic territories of the Empire. After failing to suppress Protestantism, the imperial power in the Empire continued to erode until the Thirty Years’ War in the early 17th century. These wars, involving most of Europe, led to the complete independence of many of the Empire’s territories.

The Fall of the Empire

Although the Empire had grown immensely weak following the Thirty Years’ War, it was still able to defeat the Ottomans in the decisive Battle of Vienna. However, the Empire was left intact mostly in name alone and mostly comprised of individual territories and a small area directly under the Holy Roman Emperor. The decisive end came with a military defeat of the Empire at the hands of Napoleon Bonaparte in 1806.

The Holy Roman Empire was a major political entity established at the beginning of the Middle Ages and spanning over many areas of Central Europe. The foundations of the Empire were laid by the Germanic tribes of Roman province of Gaul. Led by the Frankish rulers, the tribes forged a Frankish Empire which soon gave way to the Holy Roman Empire under Otto I in the 10th century.

The Empire became one of the most powerful in Europe with the sanction of the Pope and a huge number of territories under its control. An intriguing aspect of the Empire was its decentralised political structure, with the individual princes of different regions having significant say in the election of the Emperor and in other matters of the Empire. Following the Reformation in the 16th century, the decline of the Empire began and it finally came to an end in the early 19th century.