The Medieval shawm instrument was a famous medieval instrument of the woodwind family. It remained in use in Europe from the 12th century till the 17th century. The instrument itself was not just restricted to Europe but was widespread through many parts of the world. It came in various sizes, shapes, and variations throughout the centuries. 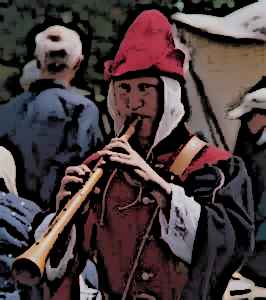 Medieval Musician is playing a Shawm instrument in a medieval village

The earliest medieval shawm instruments emerged in Europe during the 12th century where they were introduced from the East. Originally it was found in multiple variants but some forms were more popular than the others. It got its most popular form during the fifteenth century. During different eras of the medieval times, it was known by different names in different European countries.

What Type of Instrument was a Shawm?

How was a Shawm Played?

Medieval shawm instruments had a short protruding reed which was important because it gave the player a control over the dynamics. The piercing, trumpet-like sound of the medieval shawm instrument was due to its conical bore and flaring bell. The kind of sound produced this way was high and thus more suitable for outdoor performances. 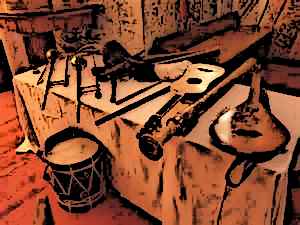 Different types of medieval instruments including a Medieval Shawm