A poleaxe weapon was a specific type of polearm weapon used during the medieval period in Europe. Poleaxe weapons were particularly popular with medieval infantry. From the High Middle Ages onwards, battlefield armour evolved rapidly and became virtually impenetrable for regular weapons such as spears or swords. 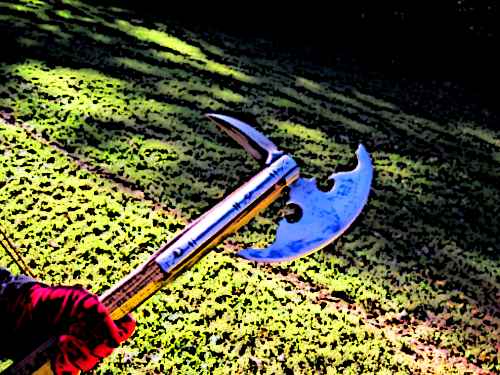 This directly led to the evolution of poleaxe weapons. These weapons came armed with a heavy axe head which was meant to damage an enemy with the sheer momentum of the blow even if he wore impenetrable armour. 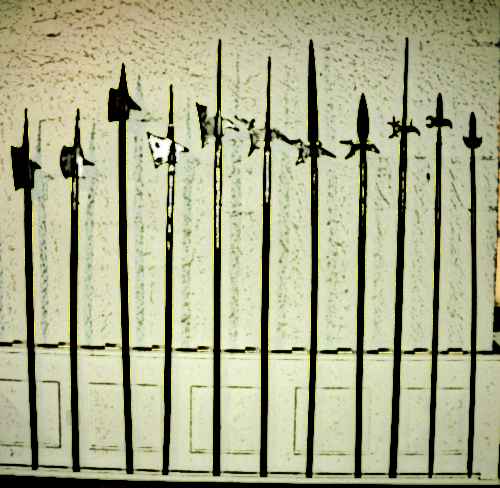 The Poleaxe was the archetypal pole axe weapon that was used during the medieval period. The earliest instances of the widespread use of poleaxe date back to the 14th and 15th centuries. This type of pole axe weapon comprised of a wooden haft which measured some 4 to 7 feet in length.

This haft concluded in a specially designed steelhead. The primary face of this steelhead was an axe or hammer which was relatively small in size and meant to deliver the impact of a blow so that it would damage the armour rather than pierce it.

This steelhead was complemented with a spike-like face on the back which was meant for hooking purposes. At the top of the head, a sharp dagger-like structure protruded which enabled the wielder to directly use the poleaxe for thrusting attacks as well. Due to its three unique heads, the poleaxe was a highly versatile weapon that was popular and used by medieval knights when fighting on foot. 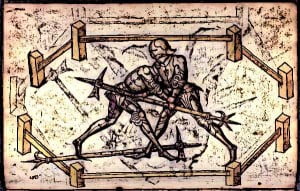 A Danish axe is a type of pole axe which was originally used by the Vikings during the High Middle Ages. It was subsequently adopted by Anglo-Saxons and Normans in the 11th century. As the Normans ranged into other parts of Europe, they carried the weapon with them which came into wider use throughout Western Europe in the 12th and 13th centuries.

The basic design of a Danish axe comprised of a 4 to 6 feet long haft which culminated in a crescent-shaped head. Combat using a Danish axe relied more on the power of the wielder and the sharpness of the blade rather than on the wielding momentum of the haft. 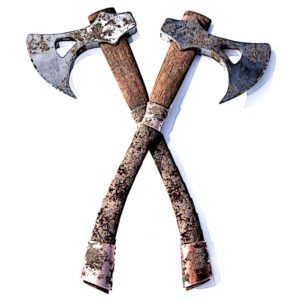 By the 13th century, the Danish axe was being used in many different parts of Europe. This led to the development of many subsequent variants of this type of pole axe weapon. A notable example is that of the sparth axe which came into use sometime around the 13th century.

This kind of pole axe weapon was different from the Danish axe in that it had a longer and broader blade that curved all the way back until it touched the haft. In some variants of the sparth axe, the back of the curved blade extended so much that it was eventually affixed to the haft itself.

Another notable aspect of a sparth axe was that its haft was longer than a Danish axe. This made it possible for a wielder to use a sparth axe with greater use by utilizing the momentum of the long pole.