William Shakespeare has been called the greatest playwright in the history of mankind.

He is considered one of the most versatile and brilliant writers of all time, exploring the full range of human emotions and characters in his plays.

Shakespeare’s works remain as universal and fresh today as they were a few centuries ago when he wrote them.

Interestingly, while we know a lot about Shakespeare’s works, we know very little about his personal life, much of which is shrouded in mystery, legend and speculation.

William Shakespeare was born in 1564 in Stratford-upon-Avon.

This is why he is sometimes called ‘the bard of Avon’ as well.

Shakespeare received his early education at one of the grammar schools of the age. This gave him a great acquaintance with Latin, grammar and history. He married Anne Hathaway at the age of 18.

For the next many years, we know nothing about Shakespeare from history. It is like he vanished from the pages of history, with little to no records

It was only in the 1580s or early 1590s that Shakespeare started writing plays – and it was around this time that he re-enters the annals of history. 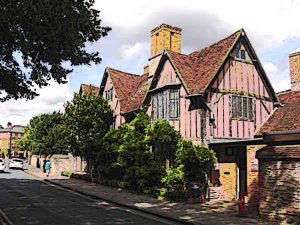 Career as a Playwright

Shakespeare began his literary career as a playwright. At the time, it was normal for writers to collaborate with each other in order to create plays which were then performed at the theaters.

Soon after he began writing plays, Shakespeare had earned an excellent reputation and was already well-known.

By 1594, Shakespeare had successfully created a playing company together with other artists. Called ‘Lord Chamberlain’s Men’, this company would go on to become the most successful performing venture in London.

Even during his life, Shakespeare had earned a reputation as being one of the best playwrights of the age.

He became so successful and well-known that if any play bore his name, it was guaranteed to be successful both in print and in performance.

Interestingly, Shakespeare never shied away from performing in his own plays – in fact, he continued to perform in many of his plays for many years.

His reputation suffered somewhat through the 17th century but by the 18th century, his status as one of the most renowned poets and authors of all time was restored.

Today, the world views Shakespeare as an extraordinary spark of natural genius that spurred him to outdo the likes of Virgil and Homer with the sheer breath of his literary genius.

Shakespeare led a busy life – he wrote a large body of plays and poems.

He combined the traditional loquacious style of the day with his own character soliloquies.

Together, these elements proved instrumental in creating his unique literary style.

He also mastered the poetic form of blank verse and used it skillfully to bring out the passions and emotions of his characters. 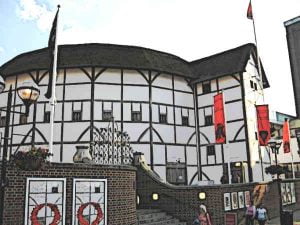 These can be broadly categorized into comedy plays, history plays and tragedy plays, although many of his plays had overlapping themes of tragicomedy as well.

During his early period as a playwright, Shakespeare often wrote history plays such as the ‘Richard III’ and ‘Henry VI’.

Sometime later in his career, he started writing more lively comedies such as A Midsummer Night’s Dream, Much Ado About Nothing, and Twelfth Night.

He also wrote more history plays in the 1590s, this time with more mature themes and handling of characters.

In early 17th century, Shakespeare started focusing on tragedy plays – These plays represent the peak of his literary genius. The plays from his period include Hamlet, Macbeth, King Lear, and Antony and Cleopatra.

Towards the final period of his life, Shakespeare returned to romance plays and tragicomedy plays. 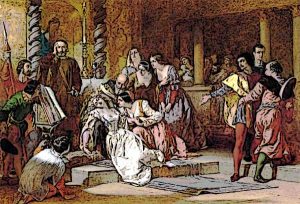 lively comedies such as A Midsummer Night’s Dream, Much Ado About Nothing, and Twelfth Night.

Apart from his plays, a major portion of Shakespeare’s literary works were his sonnets.

These were published in a single volume towards the later part of his life.

The volume comprises of 154 sonnets in total.

The sonnets are considered among the finest poetic achievements of Shakespeare which provide a direct glimpse into his heart.

In these sonnets, Shakespeare wrote about love, passion, death, life and a range of other universal themes.

William Shakespeare has influenced literature and theater since the 16th century.

He mastered numerous styles and methods which have since become a permanent part of literature.

These include the use of blank verse and soliloquies.

Shakespeare inspired some of the most renowned poets and writers of the later age including Charles Dickens and William Faulkner.

A huge number of plays, poems, books and novels inspired by Shakespeare’s works have been published to date. 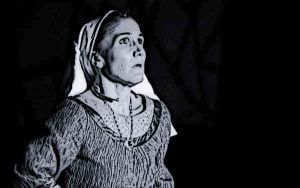