King of The Franks

Charlemagne was the King of the Germanic Franks who ascended to the Frankish throne in 768.

During his long reign which lasted until 814, Charlemagne would go on to forge a vast Carolingian Empire which included the modern-day regions of Italy, Germany, France as well as the Low Countries. Charlemagne’s Empire was the most powerful and vast political entity in Western Europe since the fall of the Roman Empire.

The Carolingian Renaissance which began at Charlemagne’s court was significant in Western Europe’s rediscovery of its classical heritage. Charlemagne was also the first since the end of the Western Roman Empire to be crowned as Emperor, taking the title of ‘Holy Roman Emperor’ 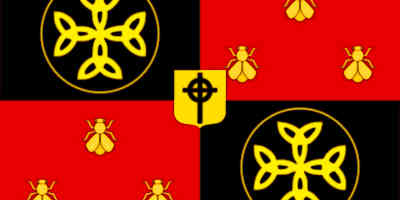 Who Was Charlemagne? *Rise to Power

Charlemagne’s father, Pepin the Short, was the first ruler of the Carolingian dynasty who deposed the Merovingian dynasty with the Papacy’s help. Upon Pepin’s death in 768, his kingdom was divided between his two sons, Charlemagne and his brother Carloman. The two brothers soon came into conflict with each other although direct confrontation between the two was averted by their mother.

Carloman died suddenly in 771 and Charlemagne became the sole ruler of the Franks. 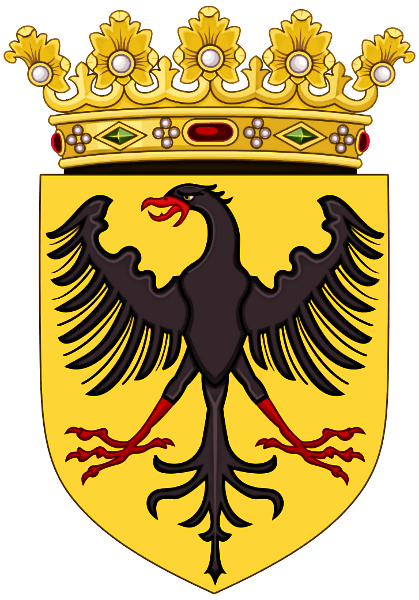 From his Frankish power base, Charlemagne would then go on to annex vast territories on all sides of his original kingdom.

In 773, Charlemagne led a military campaign into Italy on the pretext of settling the Pope’s dispute with the Lombard King Desiderius. He laid siege to the Lombard stronghold of Pavia in 773. The city surrendered in 774, Desiderius was deposed and Charlemagne had himself crowned with the Iron Crown, taking the title of the King of the Lombards.

While Charlemagne had effective control over northern Italy by 776, his control over southern Italy remained intermittent with frequent rebels by the Lombards against his rule.

Charlemagne and Conversion of Saxonian

Charlemagne was an avid supporter of the Papacy, an alliance that frequently gave him political benefits while he, in turn, served as the savior of the Church. This role of Charlemagne was most pronounced in his near-continuous wars against the region of Saxonian. 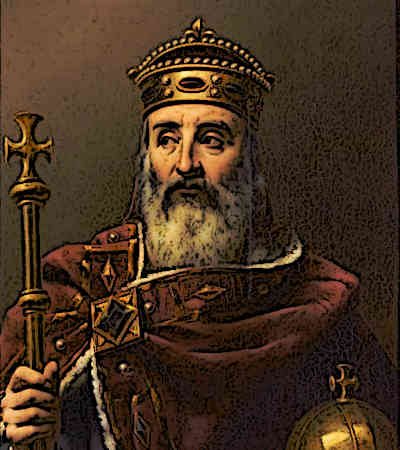 By 800, Charlemagne had effectively extended the borders of his kingdom to Iberia in the south, the borders of the Bulgarian Empire in the East and the shores of Mediterranean in the south. He helped Pope Leo III regain ecclesiastical power in Rome after the Pope was mistreated by the people in the city. Leo responded in kind by crowning Charlemagne as the ‘Holy Roman Emperor’ at Saint Peter’s Basilica.

Charlemagne was the first to take the title of Emperor in Western Europe since the end of the Western Roman Empire. The title would effectively lay the foundations for the tradition of coronation at the hands of the Pope.