Castles in Ireland included some of the oldest ones in the world, some of them were even in fact, very famous.

The country’s history can be traced back to every castle created across every county and it has moved from the early construction of wooden Motte and Baileys by the Normans, and to the massive fortresses built in stone that can still be seen across Ireland today.

Building of stone Irish castles started a hundred years after the Norman invasion.

It took a considerable amount of time to build these fortresses. It also required a significant labor force and a large sum of money and resources.

Therefore, it was imperative that each stone castle that was made had to be carefully and strategically built, with particular consideration on its political and military purpose. 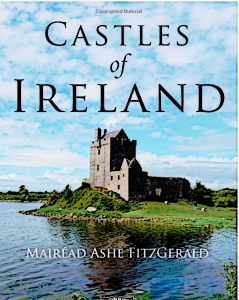 Some of these purposes were the following:

To this day and age, several castles had been accounted to have survived warfare and sieges.

Here are some of the best castles found in Ireland:

Also known as Massereene Castle. It is located in Antrim County in Northern Ireland, situated beside Sixmilewater River. This castle was built from 1613 to 1662 and was destroyed by fire in 1922. It was finally demolished in 1970. 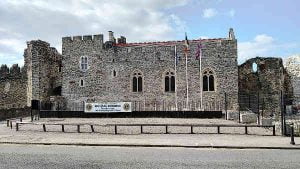 
found in Balbriggan, Fingal Ireland. It consists of two storeys over a basement that extends towards the south lawns.

The ground and first floors were used for accommodation.

This Irish castle was actually built by Robert Taylor in 1738 and has remained with the family until 1962.

The lady’s stair bridge links the castle with the road on the right and Dublin railway line on the left.

is located in Phoenix Park in Dublin. This castle is hidden behind larger buildings in the area used by the Papal Nuncio.

The Ashtown castle was not discovered until the larger buildings surrounding the castle were demolished.

To this day, it has been restored and became part of the Phoenix Park visitor Center. 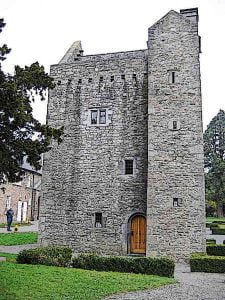 
found in the village of Ballgally in the county of Antrim.

This castle overlooks the sea towards the head of Ballgally Bay.

In modern day Ireland, this castle is used as a castle hotel and is known to be one of the most haunted castles in Ireland.

located in the village of Templepatrick in Antrim Northern Ireland. It has an impressive gateway found at the center of the village that leads up to the castle itself. The main house is a tower house, which was originally thought to be part of a Commanderie of the Knights of St. John. 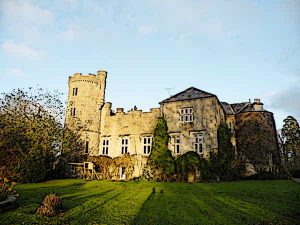 This castle was founded by Hugh Tyrrel, a Norman knight who was late made Baron of Castleknock. Tyrrel had chosen this location as it is near the end of the esker that stretches from Galway to Dublin. Castleknock was considered the final rallying point for Rory O’Connor, the last high King of Ireland.

Found in Swords, north of Dublin, Ireland. This was originally built as a manor house for John Comyn, the first Anglo-Norman Archbishop of Dublin around the 12th century.

It is considered to have a very strong military sense but quite unusual especially that its perimeter wall was larger than most Irish castles.

During the 1641 rebellion, this castle was chosen as refuge for Anglo-Irish Catholic families, and according to recent studies, it is possible that some of the burials that were found during excavation may have been related to the attack of Sir Charles Coote where more than two hundred men were killed.


found in Lisnaskea, county of Fermanagh in Northern Ireland. This castle sits at the edge of a graveyard just west from the Main Street. It is also referred to as a State Care Historic Monument that sits in the townland in Fermanagh District Council. 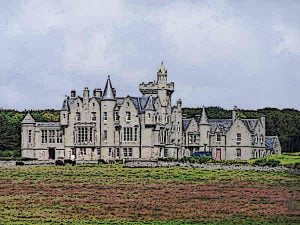 This castle was described as the large castle in the town of Birr in the county of Offaly. It has also been referred to as “One of the seven wonders of Ireland”. It has been resided since the lat 12th century. However the stands today has already been reconstructed in the 17th century.

It is open to the public for limited period of time since during the summer, it still served as the home for the Lord and Lady Rosse since 1620. 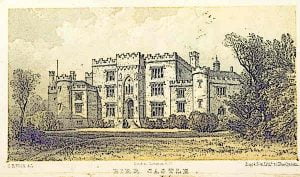 One of the Irish castles in country that still lived to this day and one of Ireland’s most popular tourist spots. It has very fine and impressive furnishings. A 15th century medieval fortress that overlooks the river Shannon and its surrounding lands. Bunratty Castle is located in the county Clare.

The MacNamara family constructed the structure in 1425. However, scholars believed that the initial settlement in the area can be traced back to the time of the Vikings. 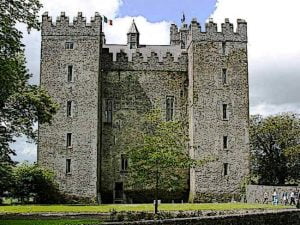 Is also found in the county Offaly. It has been considered by many as the best neo-gothic architectural structure in Ireland. It was designed by Francis Johnston for Charles William Bury, the Earl of Charleville, in 1798. Historians noted that it took about 14 years to build this fortress.

The dual grand staircases and ornate plaster ceilings are only a few of the castles elaborate designs that survived to this day. Charleville castle was one of the most beautiful castles in Offaly in the 17th century, finer than Birr Castle. 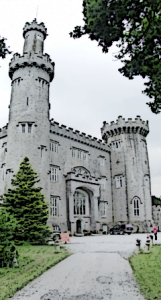 Unlike other castles in Ireland, Donegal castle was very different in appearance. The castle consists of buildings that dates back to the 15th century.

Although, most of the building in the castle has already been destroyed, the government had launched a project to restore the castle in 1990. 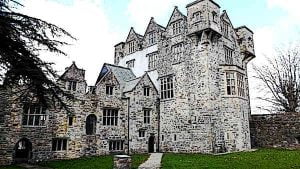 This castle is quite a fairy tale with its massive medieval fortress walls that protect the inner sanctum of the grand, majestic staterooms.

The castle is also filled with several fabulous artwork, furniture and crystals that were pleasing to the King and Queen.

Dublin Castle sits right at the heart of the capital city and served as the center of the British government in the country. It was originally built as a defensive fortress during the Dublin’s Norman rule but later became a royal residence. As of today, it houses both a museum and the Chester Beatty library. 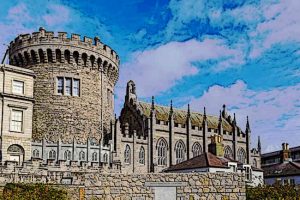 The Malahide Castle is a popular and valuable structure in the North County Dublin. It has 450 acres of parklands, children’s playground, trees and walkways. It was the oldest and longest inhabited castle in Ireland with the same family who lived there since 1185.

It was granted to Richard Talbot as the lands and harbor of Malahide by King Henry II. The structure can be traced back to the 12th century and has survived the attacks during the Battel of Boyne. 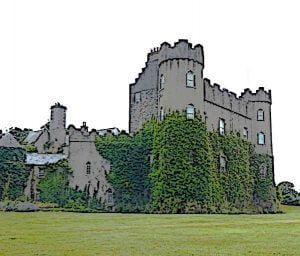 Some other Irish castles range from large towers to smaller ones. Some of them were even homes to poets and playwrights like Willaim Butler Yeast. There were also grand county houses such as the Birr castle.

These big house and vast estates were given to English landlords in exchange for military duty. As a result, some of these properties were ransacked and burned during invasions. However, some were still saved and restored that the public are free to explore.