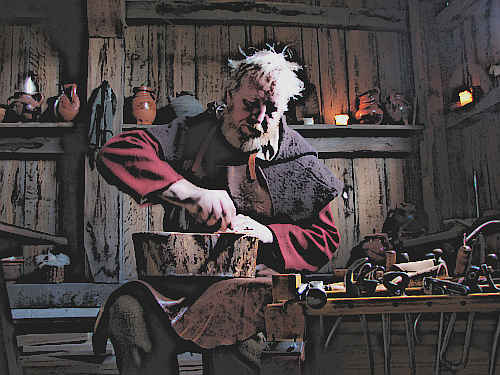 A Medieval Cobbler made and repaired medieval Shoes

Trends for medieval shoes changed towards more diversely designed shafts during the middle medieval times. Similarly, during the late medieval times, sturdier leather began to be used and the material and style began to reflect the persons social status.

Medieval shoe types varied in their material and styles during different medieval eras. In France, Spain, and Italy a popular type of sandal was called Alpargata was famous during the medieval period. 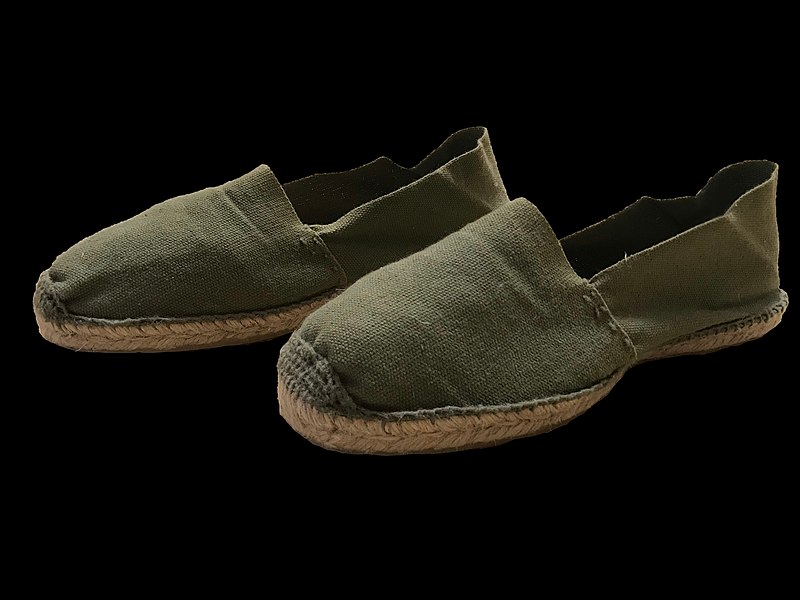 Among the clergy, a type of medieval shoe called ‘Caligae’ were used which was inspired by the boots worn by Roman soldiers. 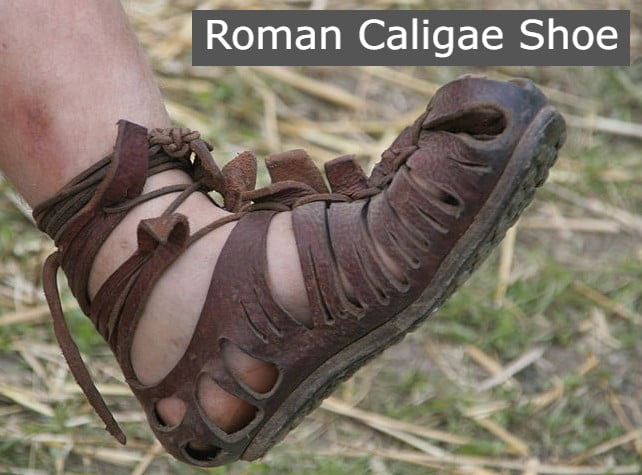 What were medieval shoes made from?

The most common element used in the making of medieval shows was leather. Its quality, however, varied over the centuries. Producing the finished Leather was a smelly and messy process that was done by a medieval tanner. 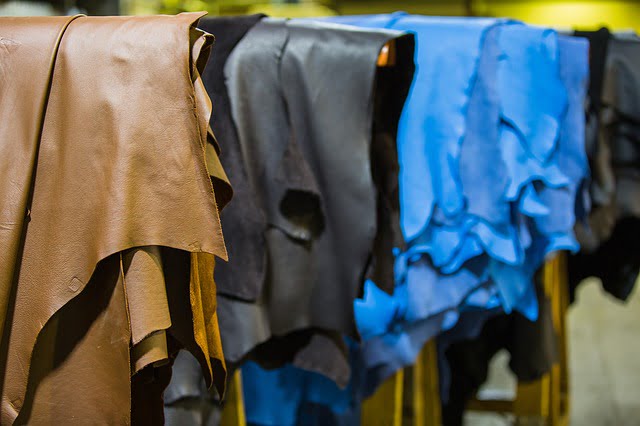 During the early medieval times, leather of low quality was used while late medieval times opened up European trade with the rest of the world and high quality leather became accessible. Other materials used in making shoes included wool and fur etc.

Who made medieval shoes?

Medieval shoes were made by cobblers who also repaired all types of shoes. 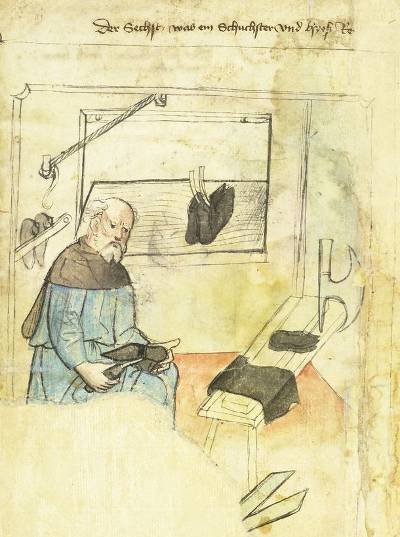 However, medieval cobblers mainly made and repaired shoes for the common people. As for the nobility, they had their own shoemaker who was known as a cordwainer.

Cordwainer *Made Shoes for Nobility

He made luxury shoes with various styles that were exclusive to the nobility. Compared to the cobblers, cordwainers had more established businesses.

Various kinds of medieval shoes were popular among the men. Common villagers used shoes that came up to the knees and were wrapped around the front with the laces.

Medieval shoes for nobility and knights, on the other hand, were made of high quality synthetic leather and had low heels. These shoes were available in various styles.

These shoes were made of thick and soft leather. Among the peasant women, leather of low quality was used and shoes of wool and fur were also common. 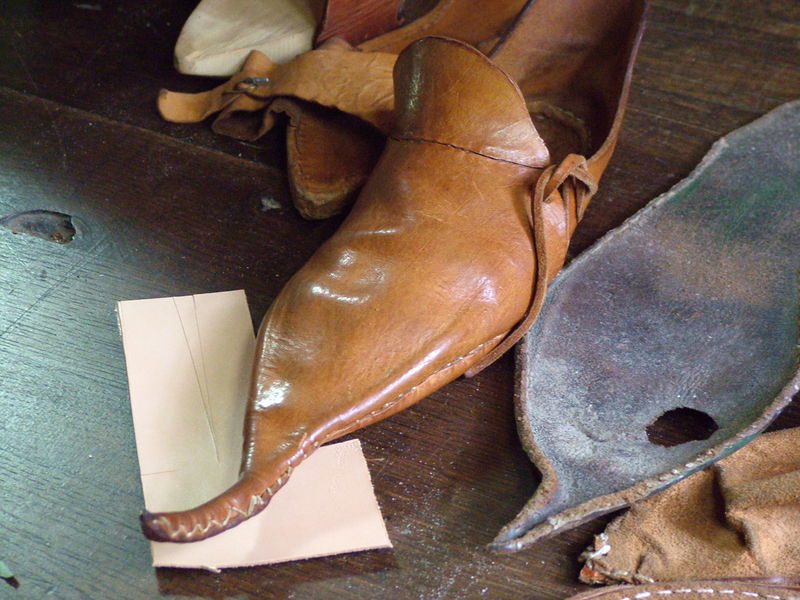 During the 15th century long pointed shoes became very fashionable, these shoes were could be called crakows, crackowes, poulaines or pikes!

Medieval shoes, just like medieval clothes, changed their shape and materials over the course of centuries. During the early medieval times, leather of low quality was used in shoes and there was hardly any variety. However, during the late medieval times, shoes with elaborate designs became popular.

Medieval shoes were considered a part of person’s attire and served to reflect their social standing. Thus shoes used by nobility were not allowed for the common people. While the main material used in making shoes was leather, fur and wool was also used on occasion.