Henry VIII reigned in England from 1509 to 1547. He was the most popular monarch of the Tudor dynasty and during his reign, the Tudor might reached its peak.

King Henry VIII was known as one of the most ambitious and fashionable of European monarchs of the period. During his period, England waged many wars against France.

It was also during his reign that the Church of England broke free from Roman Catholic Church and Protestant faith attained dominance in England.

Henry famously married six times in an attempt to seek a male heir for his kingdom. Edward VI of England was his only son who died young after a brief reign. 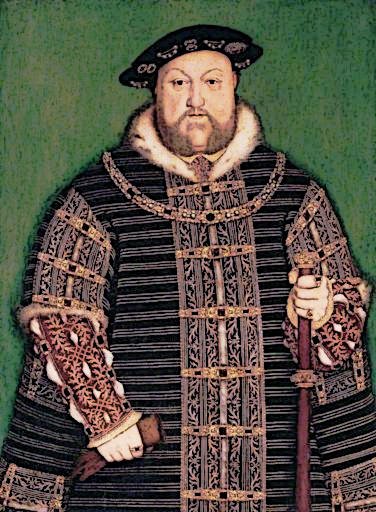 King Henry Viii was known for being well dressed, he also had a love of music writing famous medieval songs

Henry VIII married Catherine of Aragon soon after his ascension in 1509. Catherine gave birth to a number of Henry’s children most of which died in infancy or were born stillborn. Of these, only one daughter, Mary, survived to live until her adult life.

Desperate for a male heir, Henry had his marriage annulled with Catherin and married Anne Boleyn who already had an affair with him. Boleyn was unable to provide Henry with a male heir and was executed on charges of treason and adultery in 1536.

Henry next married Jane Seymour in 1536 who gave birth to Prince Edward but died in childbirth. Henry married Anne of Cleves but the marriage was annulled soon.

Henry’s fifth wife was Catherine Howard whom he married in 1540. In 1542, details of Catherine’s relationships before marriage came to light and Henry had her beheaded.

In 1543, Henry married his last wife, Catherine Parr, who reconciled him with his daughters and future queens of England, Mary and Elizabeth. 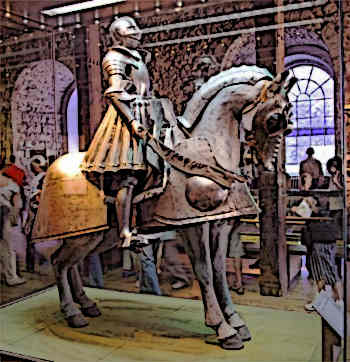 King Henry Viii was known as a great military leader, this image shows his jousting Armour.

Henry VIII and Relations with France

Although Henry VIII initially maintained good relations with France, he joined the anti-French league in 1511 as part of the Pope’s efforts to curb French ambition.

The other major ally in the league was the Spanish Empire. The Holy Roman Emperor also soon joined the Anglo-Spanish effort and France was forced out of Italy and defeated in a number of key confrontations within its own borders.

Henry was able to invade a part of France but the Papacy and the Emperor soon attempted to come to peace with France, ending any hopes of English expansion on French expense.

In 1521, Holy Roman Empire again launched with France and Henry VIII sided with the Empire but England gained little out of its involvement. Although militarily successfully, Henry VIII was unable to translate his military victories into political successes for England.

During the reign of Henry VIII, England underwent many radical changes. The Church of England severed ties with the Roman Catholic Church, effectively becoming independent under the King of England’s authority.

Shrines and monasteries in England were dismantled and Protestantism became the dominant religious influence, pitting England against Ireland and Scotland.

During Henry VIII’s reign, the power of the traditional nobility waned and a new merchant class attained greater wealth and prestige. This ushered in a period know as English Reformation, ultimately paving the way for English Renaissance.