An astrolabe is a device which is used for a wide range of astronomical calculations. Historically, astrolabes have been used by navigators, astronomers and anyone who studied the movement of celestial bodies. Among the calculations that an astrolabe can compute are the position of Sun and the Moon, the exact computation of a region’s latitude and local time, the motion of the planets and the movement of the stars.

Although basic versions of the astrolabe have existed since the classic antiquity, it was during the medieval period that more sophisticated and advanced variants of astrolabe were constructed. Most notably, the spherically astrolabe was a medieval invention dated to the early 10th century. 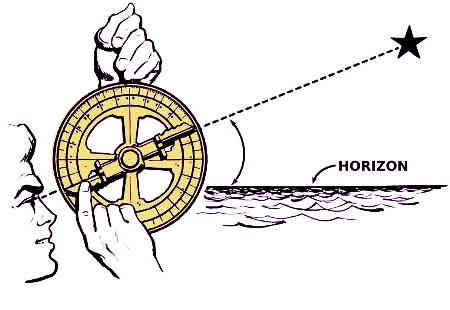 This led to the development of astrolabes in different parts of Muslim world, beginning as early as the 8th century and continuing until the 13th century. In Western Europe, the earliest metal astrolabes were constructed in 10th century Spain, possibly a result of Moorish influence from southern Iberia.

Early astrolabes were made from wood. This made them light-weight and inexpensive to manufacture but it also came with the notable disadvantage that wooden astrolabes would frequently be victim to warping. This was resolved by the construction of metal astrolabes, most frequently made from brass.

The design of a basic astrolabe comprised of a basic disk called a mater. The Mater is graded into hours and arc degrees and is deep enough to hold multiple plates called climates. Each climate represents a part of the sky above the horizon and is meant for use along a specific latitude.

Although a basic astrolabe’s operation depends on the latitude of the observer as well, a universal astrolabe is free from such limitations. The basic design of an astrolabe inspired the development of early clocks in Western Europe.

During the medieval period, astrolabes were put to a wide range of uses. They were primarily developed as an aid to religious prayers. Since astrolabes helped to determine the exact time of sunset, sunrise and other hours, they helped regulate daily prayer hours.

They also helped determine the latitude and local time of different regions. Astrolabes were also used for navigation by medieval naval vessels. Astronomers and astrologers also extensively made use of astrolabes for various computations, mostly concerned about the movement and position of stars, planets, the Sun and the Moon.