A medieval miller was a person who operated the mill which was an essential feature of every medieval village. The mill was generally considered the property of the feudal lord and people using the mill thus had to pay him certain amount either in money or in commodities for using the mill. The profession of milling itself predates the medieval times.

By definition, a medieval miller was someone who operated the medieval mill, mainly the grain mills which were most common during the medieval times. There was a mill in every medieval village which housed the grinding machines and the miller was the person who operated this machine. Before the invention of watermills and windmills, the miller used a quern-stone which consisted of a large fixed stone acting as a base and another movable stone managed by hand. 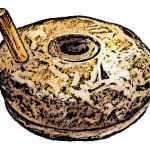 In the medieval feudal society, a medieval miller enjoyed relatively more respectable status compared to the ordinary peasants and surfs. He was also relatively well off which could result in him being targeted during bread riots and famine which were not very uncommon during the medieval times.

Where did the Medieval Miller work

A medieval miller worked in the medieval mill which, just like a church, was found in every village. In the mill, he also housed various tools required for grinding the corn. The most basic tool was, of course, the quern-stone whose operation was similar to a mortar and pestle. Eventually the use of watermills and wind mills for grinding also became common.

What did the Medieval Miller use to make bread?

The main job of a medieval miller was to grind the grain into flour and make breads from that flour. Grain and wheat were mainly used for making breads for common people and those who grew these commodities took them to the medieval miller for grinding and paid certain amount for his services. 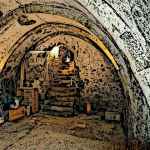 Types of Bread made by the Medieval Miller

Medieval millers made a variety of bread types and during the 12th and 13th centuries, over 20 different types of bread were made. Even different names were used for the bread types, such as pope’s loaf, knight’s loaf, varlet’s loaf, and others. The Finest white bread was made for the nobles and single bread was usually sufficient for an average man. On the other hand, coarsely ground dark bread was usually consumed by the peasants and other poor people. Sometimes, the miller sprinkled the bread with linseed before baking it.

A common concept associated with medieval millers was called banalities. During the medieval times, when the serf used the mill for grinding wheat, he had to pay a certain amount to the lord of the mill. This charged amount was known as “banalities” and was basically a fee imposed by the feudal lord for the use of his mill. 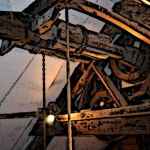 The profession of a medieval miller was one of the most common professions during the medieval times as there was a mill in every medieval village. Compared to ordinary peasants a medieval miller was generally well off. He operated the mill and used quern-stone before the use of watermills and wind mills became common. Ordinary people were charged a certain amount of money or goods for using the mill of the lord.

Every medieval village had a miller, the miller would usually pay the Lord of the Manor a fee to be able to use the Lords mill. The miller could then make his own bread by grinding wheat using a quern stone which he could then sell to the people of medieval village.