Spain is home to a number of towns that were established during the medieval ages. Most of these towns began with the growth of population around the castle of a local lord or noble.

Over time, medieval towns became the centers of commerce and trade, becoming fairly prosperous and relatively independent over time. 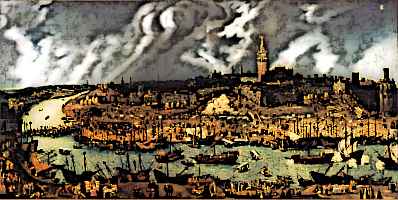 Many of these towns were originally established by the Moors during their rule in Spain.

Since some of these medieval towns were situated at remote locations, originally the site of fortified castles, they no longer are vibrant residential places and are more popular as historical sites.

Peratallada is a medieval Spanish town that grew around the Peratallada castle. The castle was originally built in 1065. By the 13th century, the town had a sizable population and a church was built near the castle in Romanesque architecture.

The town is located in the Catalonia region and its name means “carved stone” which refers to the unique stone architecture used in the construction of the town’s buildings.

The town does not host many residents today and its exquisitely well-kept original buildings have been turned into bars, galleries, and restaurants serving the incoming tourists. 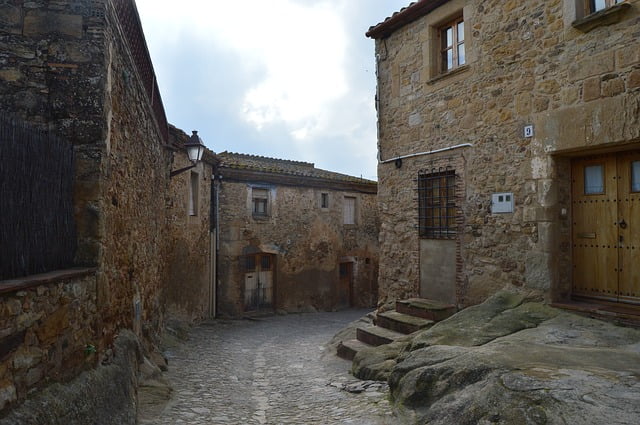 Ronda is located in the Spanish region of Malaga and was a town that prospered during the 7th century when it fell into the hands of Moorish invaders.

The site was home to a settlement well before this time but during the Moorish rule, it prospered and was home to many notable personalities of the time, including scientists and polymaths.

The town is known for its extraordinary outlook, being perched on two hills and separated by a river over which a grand bridge has been built in the post-medieval era. 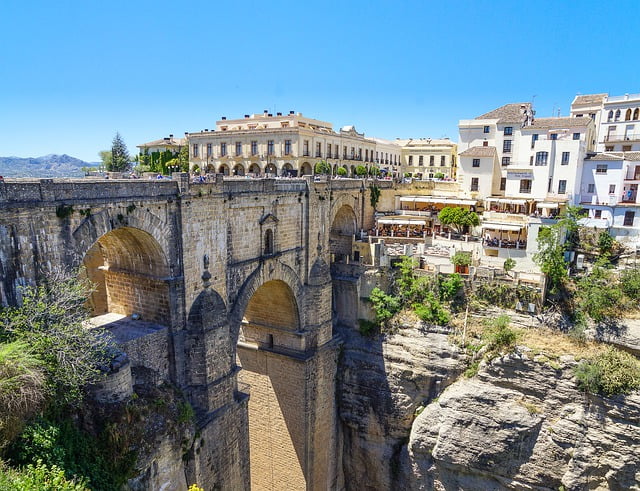 The town of Albarracin was the site of a settlement during the medieval ages when the Moors took over the control of the region. It was under the rule of the Banu Razin family towards the later 12th century that the town was given its name as Albarracin.

Located over the hills of the Albarracin mountain range, the town was both a formidable military fortification and a prosperous settlement.

During the Reconquista effort launched by the Christian kingdoms in Spain, the town fell into the hands of the kingdom of Aragorn in a campaign led by Aragorn’s Peter III in 1284.

The town is no longer a major centre of population and is known more as a popular and historical tourist attraction. 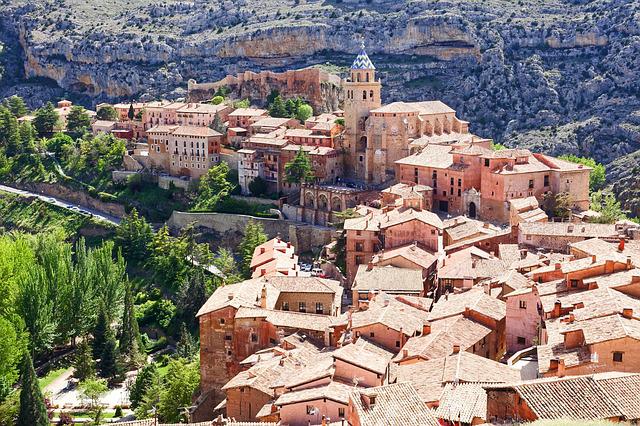 Ainsa is a medieval town located in the Spanish province of Huesca. Although it had been home to a settlement for a long time, it was during the 11th century that the castle of Ainsa was constructed.

The castle is extant and well-preserved for the most part, being a notable example of Romanesque architecture.

This castle became the nucleus of a burgeoning population and the town itself was walled to secure it against any attacks. It fell within the domain of the Kingdom of Navarre and was later absorbed into the region of the Kingdom of Aragorn.

The town is home to many historical buildings including the 12th-century parish Church of Saint Maria. 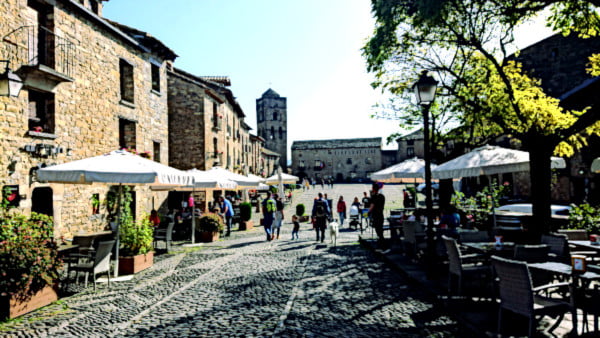