Early medieval Italy was an intermingling of different cultures and empires which ruled over Italy at different times. These included the Frankish Empire, the Byzantine Empire, the Holy Roman Empire and the Muslim conquerors.

Between 9th and 11th centuries, Papacy came to exert huge influence over Italy through the Holy Roman Empire. Italy also became the key point of contest between the Holy Roman Emperor and the Papacy. From 11th century onwards, communes in Italy gave birth to city-states which became commercial hubs and ultimately became the bastion of Italian Renaissance. 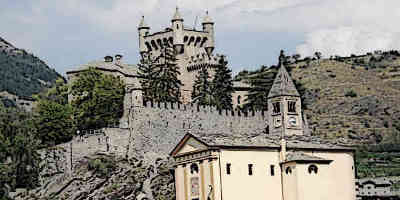 9 Stunning Castles in Italy you might want to visit one day! Read more about the 9 Incredible Italian Castles >> 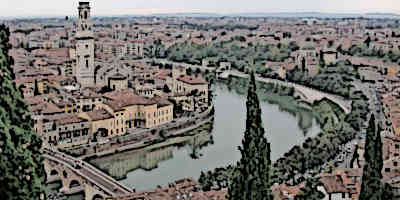 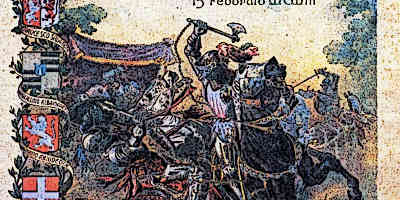 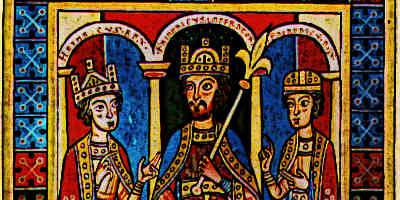 The medieval age of Italy began under the last days of the Western Roman Empire in the 5th century. After the collapse of the Western Roman Empire, Italy fell under the rule of the Byzantine Empire. This rule was taken away by Charlemagne who invaded Italy in the 8th century. Subsequently, the Papacy came to assert immense influence in Italy between 9th and 11th centuries. From 11th century onwards, a number of powerful city states emerged in Italy, notable among these Florence. These states ultimately led the way to the Italian Renaissance.

The first person to proclaim kingship in Italy during the medieval ages was Odoacer. The next significant king was Charlemagne who defeated the Lombards and became King of Italy, while also assuming the title of the King of the Lombards. Eventually, Italy came under the reign of the Holy Roman Empire and Emperor Otto I and his subsequent heirs used the title for themselves.

During medieval ages, Italy was known for a number of slavery hubs. Notable among these was Venice which sold slaves to territories all over the Roman Empire and Italy as well as to the Moors. Slaves of different ethnicities and faith were sold although the sale of Christian slaves to Muslims was banned under the Eastern Roman Empire. Peasants lived poorly in medieval Italy, although they usually had land and peasants populations often clustered together as villages. They were required to pay certain part of their annual incomes to the powerful lords. Moreover, they were required to offer a few days of annual labour to their respective lord. 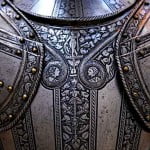 Armies in medieval Italy generally comprised of associations of knights who usually came together to defend a cause defined by the Church. All the major knight orders such as Templars, Hospitallers and the Teutonic Knights had presence and properties in Italy. Minor orders within Italy were also established, mostly by the religious clergy, to combat religious transgressions. Examples of these include the Militia of Jesus Christ and the Order of the Blessed Virgin Mary. 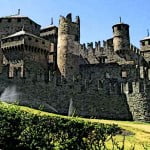 Medieval castles in southern Italy were mostly constructed by the Normans. These castles incorporated a wide variety of architectural elements, blending the Norman and Islamic-oriental design. Castles in other parts of medieval Italy, especially the city-states, were usually constructed by members of the rich aristocracy, often the princes of the city-states. These castles also served as bulwarks of protection during the internecine warring. Such castles can be found in Italian regions of Florence and Volterra.

Medieval Italian art was heavily influenced by Byzantine art and its major manifestations were either architectural, such as decorative frescoes, or religious (examples of which are the illustrated bibles of the era). The decorative element gave birth to innovations in calligraphy and creative uses of colour. During the later medieval period, Italian architecture was heavily influenced by the Gothic art which also came to influence Italian art. In contrast to the later Renaissance-era realistic art, medieval art in Italy tried to realise a spiritual meaning. This led to the shades of mysticism and the supernatural found in medieval Italian art. In 13th and 14th century, painters such as Giotto pioneered realism in painting.

Music in Italy during the late Middle Ages had a melodic quality. Among the prevalent forms was Trecento Madrigal, which comprised of a verse/refrain format with three-line stanzas and a recurring two-line passage. Another music form that existed in medieval Italy was caccio in which two persons sang in unison, usually about exploits and activities such as hunting. Ballata was another form of music that existed during this period. 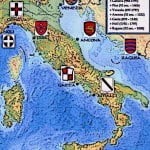 Medieval Italian food was very rich in its ingredients and highly diverse, borrowing cuisine elements from many different cultures. The 9th century invasion of Sicily by Muslims, for instance, brought elements such as almonds and rice to the Sicilian cuisine. Subsequent Norman influence incorporated salt cod and stock fish into this cuisine. Olive oil was the primary choice for all uses of oil in food preparations. Eggs were used as a regular part of the diet. Pasta was a popular food in Italy by the 13th century. Pies were a part of the cuisine and they came with a diverse range of topping choices ranging from meats to lentils. The term “Pizza” was used to signify “pie” in medieval Italy. Among other highly popular staple food items were sausage and cheese. Cheese of various types and qualities was used. 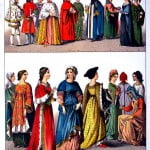 Medieval Italy was influenced by a number of cultures which included Roman, Byzantine and Norman. While Italy continued to be invaded by different forces during the early medieval period, in later period many different city-states emerged which enjoyed extraordinary independence and were able to become commercial hubs of trade. Trade and the subsequent prosperity lead to a rich aristocracy and a prosperous middle class. Both played a very significant role in the Italian Renaissance.