The Hauberk was a specific kind of mail armor that was used during medieval times. On its own, the hauberk was shaped like a long shirt, covering the torso and the upper thighs of the wearer. When used with a coif, the hauberk covered the head and the neck of the wearer as well. 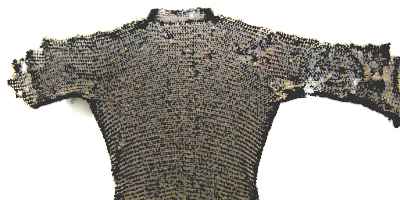 Being built from metal hoops twined with cotton or linen, the hauberk was an effective piece of armor against medieval weapons. In time, however, the hauberk alone was not enough to ward off sharper weapons and arrows, so it came to be used together with plate armor. 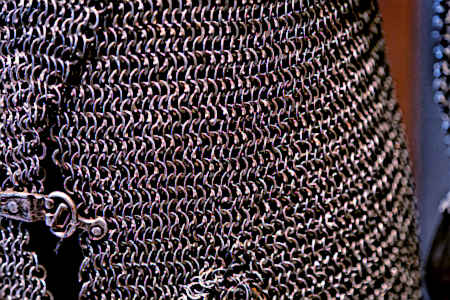 The Medieval hauberk as used in Europe can be dated back to the Frankish armies. The name itself derives from the Old Frankish word halsberg, which means protecting the neck. The word comes from a language prevalent in the earliest period of medieval Europe, so the hauberk can be dated back to this time. Among extant hauberks from the medieval era, a 12th-century hauberk is the earliest specimen.

Close up detail of the interlocking rings of the Hauberk 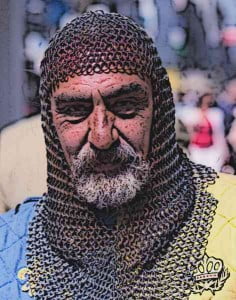 From this period onwards, plate armor became the standard mode of defense for a medieval soldier and the hauberk’s use underwent a rapid decline. By the 15th century, the hauberk had been all but abandoned as part of battlefield armor. 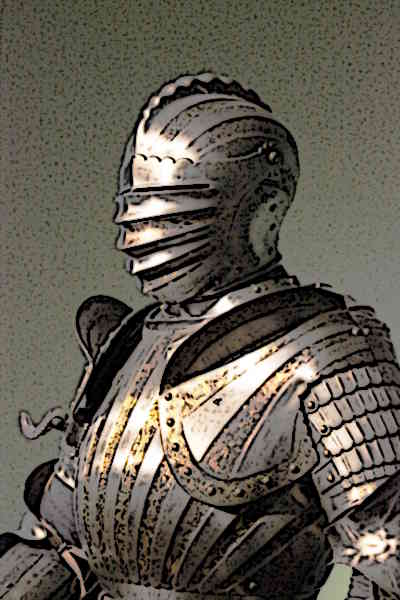 Typically, there are two main types of hauberks used in medieval Europe. One of these was the typical long-shirt hauberk which typically fell all the way until the knees and often came with a coif to cover the head and gloves to shield the hands. Since it fell beyond the torso, it was effective in guarding the upper legs against piercings as well. Such a hauberk had a split from the hem to the crotch in order to allow the wearer to mount a horse easily. 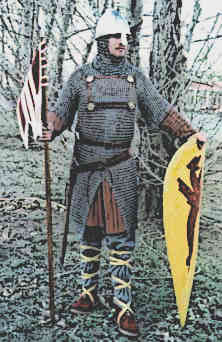 Since the hauberk was quite heavy, the wearer was nearly always a mounted soldier. The other type of hauberk came with a shorter sleeve and a hem that didn’t fall beyond the waist. This type of hauberk has been termed a haubergeon in extant medieval sources. Its primary advantage was the fact that it was lighter in weight and didn’t encumber its wearer as much as the long-shirt hauberk. 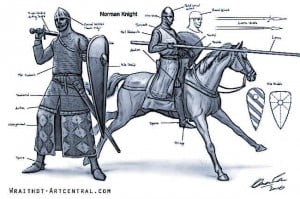 The hauberk was usually constructed with a huge quantity of metal rings that were intertwined together in a shirt-like fashion. The intertwining of the hoops also gave the hauberk its flexibility. Mostly, iron was used in the construction of these rings but in the case of richer knights, the use of brass rings in part of the hauberk was also common. 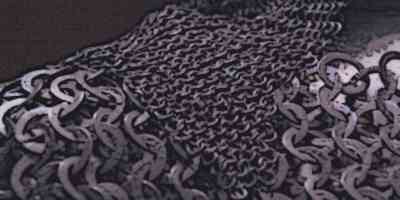 Since the overall construction of the hauberk came to be fairly expensive, it was affordable only for the knightly class and the foot soldiers or common citizens participating in wars could not afford typically afford it.