This time period lasted for about 1000 years i.e. from 5th to 15th century and its early years were characterized widely by invasions.

Some historians call the early years of the medieval period as the ‘Dark Ages’ because during that time Europe was in chaos. But, in the last years of this period, the modern nations of England and France were born and were making Europe the dominant region of the world.

Many new discoveries and inventions were made during the second half of the medieval period.

During medieval times, a large number of kings, queens, princes, lords, castles and knights who rose to fame across Europe. There are many famous knights, kings, and queens of that time.

However, as compared to the kings in other European lands, England had comparatively more queens. Many of these queens had a significant impact on English history.

Here are some of the most famous queens of medieval times. 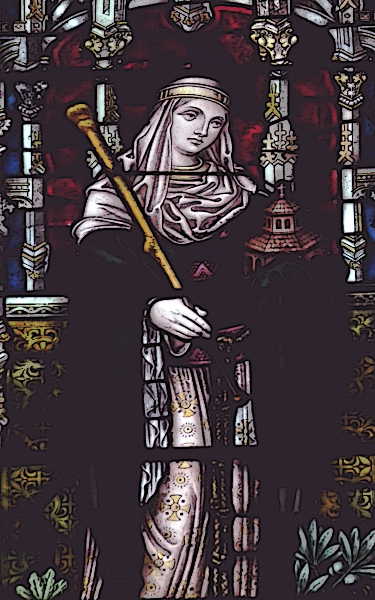 Few English queens were as authoritative during medieval ages as Eadgifu, the esteemed matriarch of the house of Wessex. She became the wife of King Edward the Elder at the age of 20. The queen was involved deeply in the monastic reform movement which patronized the leading churchmen including St Dunstan. Even at an elderly age, she maintained a crucial role in the royal family.

Matilda, a Scottish princess by birth, was a descendant of the Anglo-Saxon kings of England. She was raised at Romsey abbey and then at Wilton abbey. Although her aunt was anxious that she should become a nun, Matilda was not interested. She was the bride of Henry I and had two children. During the long absence of the king, Matilda acted as a regent and issued her own charters and regulated justice. The queen was also quite popular for her charity work and was a role model for many people.

Eleanor was thought to be the greatest heiress in Europe and was married to Louis VII of France. The couple, however, proved to be incompatible and finally got divorced in 1152 with no children. A few weeks later, Eleanor married Henry who in 1154 became the King of England. This couple had eight children, but by 1166 they were estranged and Eleanor returned to Aquitaine.

Five years later Eleanor rebelled against Henry and was imprisoned for the next 16 years in Salisbury castle. In 1189, she returned as a queen mother and governed England in the absence of her son Richard I. She secured the throne for her youngest son, John, after the death of Richard I and was his most active and strong supporter.

Philippa became a queen after marrying English King Edward III. This devoted couple had 12 children. The reign of Edward was dominated by war with France, and his beloved wife Phillipa often accompanied him on his campaigns. The queen had a merciful influence on her husband and she regularly arbitrated with him in support of the captives. Philippa is remembered as the founder of Oxford and Queen’s College. This medieval queen was the woman after whom a number of later queens modeled themselves on.

Queen Elizabeth I of England

The list of best English queens can’t be complete without Elizabeth I. She was the daughter of Henry VIII and reigned between 1558 and 1603. However, after her mother’s execution, the queen was declared illegitimate and she survived various interrogations along with imprisonment. When Henry died without a male heir, Elizabeth would ascend to the English throne and oversee the most glorious period of the Renaissance. She presided over a long period of invention and exploration. Her reign also saw the defeat of the Spanish armada in 1587.

The younger daughter of the catholic James II, Queen Anne presided over an important period at the time of Duke of Marlborough’s victories. Besides her 17 pregnancies, Anne left no heir and was eventually succeeded by her protestant cousin, George in 1714.

Politically, Caroline was one of the most influential queens of medieval times and was considered to be the power behind the throne of George II. This highly intelligent queen managed affairs in such a way that even her husband would get surprised. In the king’s absence, Caroline also acted as regent. Although George was not a faithful man, he was totally devoted to Queen Caroline. On her deathbed, the queen insisted him to remarry, but he refused and was devastated by her death.

Adelaide of Italy reigned as the Holy Roman Empress as the wife of Otto the Great. She is regarded as a pious, generous and charitable queen. She wielded considerable prestige and power during the reign of Otto the Great. Later, she also reigned as regent for her grandson from 991 to 995.

Maria of Castile – Queen of Aragon

Maria of Castile was the Queen of Aragon from 1416 to 1458. During her reign, she acted as regent in place of her absent husband Alfonso V several times. Alfonso V would go on several campaigns and trips. During these absences, Maria served as the regent and effectively performed all the duties of Alfonso. She remained immensely popular with the people of Aragon and played a decisive role in securing peace between Aragon and the neighboring Spanish kingdoms.