As towns and cities grew in medieval times there was a growing demand for everyday items such as salt, metals and textiles and more products became available as the medieval era progressed. Medieval merchants sold items such food, clothing, shoes, weapons, furniture and beer which the Merchants sold to the medieval people in the towns, villages and cities.

Some Merchants would travel from town to town selling their goods like modern day travelling salesmen, major trade routes developed and much trade went on in the larger towns in cities where the travelling merchants provided essential and sometimes exotic goods for the people to buy or exchange.

Definition of a Medieval Merchant

Medieval merchants indulged in trade and commerce. The word “merchant” itself has roots in the Latin language word “mercari” which means “to traffic”. Thus a medieval merchant was someone who travelled from place to place for the sake of business. 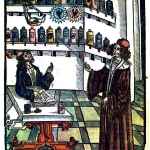 For medieval merchants operating in the markets, morning was the most active time of the day. It was at this time that they sold their goods in the market. Things quieted down in the afternoon so merchants who were late could be at a loss. The merchants who travelled to other countries spent a considerable amount of their lives travelling over land and sea. There were strict regulations for foreign medieval merchants and sometimes they were at a clear disadvantage compared to local merchants.

The clothing of medieval merchants changed over the centuries as their status improved during the late medieval times. The rich medieval merchants used expensive clothes with better materials and brighter colours, as they travelled to exotic locations where it was cheap to buy products, they were able to buy different and lavish costumes made from exotic materials such as silk fairly cheaply. One of the most common costumes of wealthy medieval merchants toward the end of the middle ages consisted of a hose and a jacket sometimes accompanied with pleating or skirting. 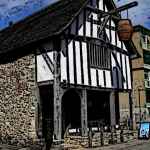 Medieval merchants houses were in much better shape compared to the houses of the common people. Initially, medieval merchants lived in small houses made of stone and wood but with the passage of time, as their status and importance grew in society, they began to build large houses. The Two most important elements used in construction of Merchants houses still remained wood and stone. 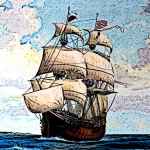 The social and economic status of the medieval merchants transformed over various centuries. Initially, they were exploited by the aristocracy and had to face heavy taxes. But medieval merchants formed guilds to safeguard their interest and regulate taxes. With the discovery of new sea routes and increase in international trade, many medieval merchants became quite wealthy and powerful.