Although some of the earliest forms of Medieval poetry date back to the late seventh century, Medieval literature per se had no clear-cut beginnings. Most of the stories back then were relayed through word of mouth by bards, minstrels and troubadours and only a small amount of literary works survived the ages. Due to the lack of a central movement, it was difficult to trace the roots of Medieval literature, much less the name of certain authors. Nevertheless, Medieval literature greatly contributed to and had a lasting influence on modern-day works of fiction.

The literary culture that thrived in the Medieval era was far ahead of the times. There was a smattering of different languages, from Latin to French to English. Liturgical literary works were mostly written in Latin as not only was it the main cross-cultural language at that time but it was the very language used by the church and the academe (usually for the purpose of learning).

“For secular Literature, French was the dominant language”.

The Legend of King Arthur may have started in Britain but King Arthur enjoyed the same status as international celebrities. He was a well-known literary figure in just about any part of Europe and was often exulted in Celtic poems and tales. The Celts and the French were already praising this charismatic historical icon even before he became the popular and timeless British hero that we now know him to be. 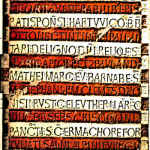 Arthurian legends were some of the most commonly told stories in Welsh and Celtic districts, but what made such legends a favourite among towns people is that they often depict acts of valour, chivalric principles and other qualities greatly treasured in the Medieval times. As stories of King Arthur and the knights of the round table became sensational throughout Europe, ideals of courtly love became more widespread. The bards narrated the tales and chroniclers took the effort to write them down in paper.

Geoffrey of Monmouth, a Welsh author and cleric, was the man responsible for propagating King Arthur’s legend. His fictional medieval literature work Historia Regum Britanniae, written in 1136, held some of the world’s most favourite Arthurian stories. Author Nennius also wrote his own version of romantic Arthurian legends, which were chronicled in works like Mabinogion, Chronicon Anglicanum, Mabinogion and Annales Cambrie. 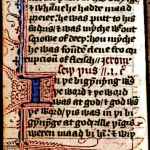 Though most surviving Medieval literary works were highly esteemed in academic quarters, there were not too many of them. Known authors and poet laureates during the Medieval era included the Dante Alighieri (a major Italian poet and politician), Geoffrey Chaucer (the famous author of Canterbury Tales), John Gower (Chaucer’s rival and also a famed Medieval poet) and Giovanni Boccaccio (an Italian writer who shot to fame with the work Decameron). Although men seemed to be the more privileged gender orientation at that time, Medieval women were just as capable of producing equally great pieces of medieval literature.

Women medieval literature writers like Christine de Pizan and Margery Kempe were like the feminist writers of the Medieval period. The former was a popular Medieval author who wrote stories of courtly love and romance for French monarchs, dukes and other members of the nobility. She was also a women’s rights advocate and one of the world’s first known feminists. The latter, on one hand, was well-known for writing the first English autobiography.

Marie De France, another famed Medieval French writer, rose to popularity after giving the public a glimpse of the Medieval way of life through her insights on courtly love and society in general.

Critically acclaimed literary works in the Middle Ages which continue to be as influential today as they were then include the following:

Other crucial figures that were instrumental to the growth of religious Medieval literature were St. Thomas Aquinas, Martin Luther and John Wycliffe. All three authors were religious reformers in their own right. Thomas Aquinas’ treatises were highly regarded by the Catholic Church. Martin Luther was the founder of Protestantism through his 95 theses and John Wycliffe reformed aspects of religion and was able to translate the Bible to English.

Medieval authors and bards explored various themes to come up with their respective masterpieces. Some of the most commonly tackled medieval literature themes were courtly love and chivalry, which were depicted several times in various Arthurian works. It could also be observed that Medieval literature discussed culture a great deal. In fact, it was at the heart of almost every piece of literature.

Medieval authors were keen to highlight important manifestations of culture like music, art, architecture and liturgy but, on a side note, could well be an attempt to unify and squelch brewing internal strife. Chaucer’s The Canterbury Tales was a colourful display of the diversity of Medieval culture, albeit with an occasional dark twist. Medieval writers also enjoyed exploring themes on family, kinship and many other values important in that era.

Medieval literature paved the way for current and future generations who are eager to know more about the Middle Ages and how its inhabitants lived, loved and tended to their spiritual necessities, setting a good example of how learning from the past can be beneficial to future endeavours.