Most holidays during the medieval period were determined by the Church including Christmas. Christmas in medieval England was very different to modern day Christmas. It was the church that ensured that it was celebrated as s true religious holiday instead of just being a simple feast for peasants to enjoy themselves.

There was no established imperial religion until the birth of Christianity. When Christianity took over the empire, the church needed to establish its own doctrines urgently. It also decided who Christ was although the official definition gradually came. At the Council of Nicaea it was agreed that Christ was both man and God. Modern scholars agreed that the 25th of December was decided as the date of Christmas as it represented a symbolic time for the pagan calendar. The Christmas feast was then celebrated in twelve days of recreation and leisure for the Christians. 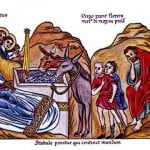 In addition, Christmas was a holiday known by several other names. It was more commonly referred to as the feast of “midwinter" by the Anglo-Saxons and Nativity by the Latin people. In old English, Christmas was called Yule, a period pointing to the months of December and January which eventually became the Christian Christmas. Meanwhile, in the late 14th century, Christmas was called “Noel" which meant day of birth in Old French.

People built nativity scenes during Christmas time showing Jesus born in the stable with his mother Mary and Father Joseph. In 1223, a popular young monk named Francis of Assisi, built a nativity scene in Italy. This was followed by the growing popularity of the nativity across southern France, Germany and Poland.

Around 1400, people started decorating their houses and churches with green plants, while children from poor families started visiting houses of rich people at Christmas and they sang Christmas carols.

People in the medieval era had fused their existing pagan beliefs with the developing theology of Christmas primarily because this appealed to both the church and the lay people.

In ancient beliefs, as winter deepens the sun tends to get closer to the southern horizon before it starts slowing rising again to usher spring time. People in Europe were very well aware of this occurrence and this phenomenon was called solstitium by the Romans in honor of the sun god Sol. The solstice feast was a religious celebration commemorating the rebirth of the astronomical sun, which was also often celebrated around December 25.

Meanwhile, December 25 was also chosen for celebrating the birth of Jesus based on beliefs that he was conceived on the 25th of March, furthermore establishing it as a Christian festival prior to Aurelian’s decree. 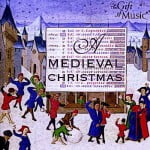 Christmas then was very different from the modern way Christmas is celebrated. Nevertheless, Christmas time in the Middle Ages still involved children. December 28 was called Childermass Day or more commonly known as Holy Innocents Day. This was when King Herod ordered that all children under two years old must be killed. As part of the Christmas celebration, it has been a tradition for some European towns during the medieval era to have a boy take charge of the town for one day usually after he was made as bishop on the 28th of December.

People had what was called Boxing Day for Christmas during the medieval period. This was a tradition that noted the reversal of fortunes. The rich people provided gifts for the poor. They were expected to give food, ale or money to the poor men who were singing in their houses. Gifts in monetary form were placed in hollow clay pots that had slits on top. The people who got these kinds of gifts usually had to smash them in order for them to get the money inside the pots. These pots were called piggies and because the first version of a piggy bank.

Medieval Christmas food was varied depending on what the people could afford. For rich people, they would have prepared exotic foods such as goose and swan for Christmas. Sometimes, they also cooked woodcock. Medieval cooks prepared roasted birds for Christmas. Often-times, they covered them with butter and saffron plant, and served them with a golden colour. Meanwhile, the poor normally could not afford to have such lavish preparations for Christmas. If they could, the church would sell them 7 pence for a regular cooked goose, while uncooked ones were sold at 6 pence.

Mince pies were also common in the medieval era. They were baked and filled with different kinds of shredded meat, fruits and spices. They also had Christmas puddings called furmenty, which was considered a real treat for the not so rich people. Christmas puddings were made of thick porridge with currants, dried fruits and eggs. Some had spices added to them, such as cinnamon. 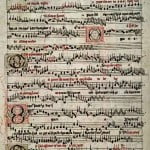 The first Christmas carols were during the 4th century in Rome. They were theological doctrines and statements of incarnation that were sung in churches today. In the 9th and 10th centuries, Christmas prose and sequence was introduced in European monasteries which were developed into rhymed stanzas. During the 12th century, a Parisian monk Adam of St. Victor derived music from popular songs and introduced something that was close to what was known as the traditional Christmas carol.

Christmas carols gained popularity after the Reformation especially among protestant churches. Songs such as Adeste Fideles (O Come all ye faithful) was popularized during the mid-18th century, however the lyrics were originally from the medieval times in the 13th century. Other Christmas carols such as The First Noel, as God Rest Ye Merry, Gentlemen, Hark! The Herald Angels Sing and I Saw Three Ships were also popularized.

Although it was not clear as to whether the word carol was derived from carole in French or carula in Latin, dancing has been part of this tradition. It was noted that some carolers danced in circular movement while singing these songs.

There were pagan traditions that had become part of Christmas such as the burning of a Yule log. This custom was very common among several cultures in the middle ages. The significance of such tradition is basically with the iul or the wheel, which signifies the wheel of the year. Other cultures such as the Druids would even bless a log and keep it burning for 12 days during the winter solstice while a part of the log was kept for the following year.

Some other customs were primarily developed as part of the Christian tradition and belief. Mince pies was one of them. They were based in oblong casing representing Jesus’s crib and had to include three spices, cinnamon, cloves and nutmeg, to represent the gifts that were given by the three wise men. 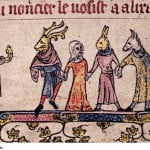 Mumming was an ancient pagan tradition. During the medieval era, it was a diversion in disguise. Men and women swapped clothes and put on masks while visiting their neighbours. They would dance, sing and sometimes put on plays with hilarious and silly plots all for the fun of the celebration. The narrator of the mummers would usually be dressed to be Father Christmas.

People in medieval times wore woollen clothing and linen undergarments. However, most of the wealthy more influential people wore bright coloured clothing especially on occasions such as Christmas. Their costumes and dresses were very elaborate and changed according to the latest fashion trends. Women wore flowing gowns and elaborate head-wear as well as heart shaped headdresses that were elaborately designed. Some were even accentuated with butterflies on steeple caps and turbans.

Those who belong to higher social classes or were part of the knight’s household, wore fabulous clothes, jewels and robes. Some of these were given as extravagant Christmas gifts. Royalties also wore very expensive clothing for the occasion. Richard III, King Edward’s notorious brother, spent a staggering 1200 pounds on net clothes and gifts for the court. In face he even had a licensed merchant bring jewels to England.

Medieval Christmas was not always filled with royal banquets in green-decked halls, with minstrels singing songs of festivities, and royalties, nobles, lords and ladies dancing with glee. On the contrary, especially during the time of the late antiquity, Christmas was not a time of fun and merriment. However, with the church’s effort to Christianise a pagan holiday, they had fixed a date to celebrate the birth of Jesus. This medieval holiday was an amalgamation of Christian and pagan beliefs.