Chivalry and the Crusades!

The Crusades were a number of conflicts (Religious Wars) in the medieval period that were sanctioned by the Latin Church.

The most recognized and familiar of all the crusades were the ‘eastern Mediterranean’ crusades focused on re-claiming the holy lands from Muslim rule.

The Crusades spanned many centuries from around the Period: 1095 – 1492 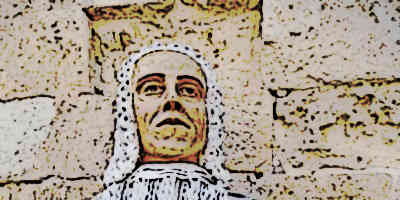 Chivalry and the Holy Lands

During the period of the crusades the focus of the medieval knight turned towards the religious struggle to gain control of the holy lands which was under control of Muslim armies.

Control of different regions of the holy lands was constantly changing hands between ‘Christian’ and ‘Muslim’ domination during this period.

To protect Christian pilgrims who traveled through the holy lands, and to reclaim the holy lands for the Christian faith the orders of the ‘Knights Templar‘, ‘Knights Hospitaller’ and ‘Teutonic knights’ were formed.

Moral Code of Chivalry During the Crusades

These crusades helped to clarify what the relationship was between chivalry and religion and to established ‘the moral code of chivalry’ during this new period of religious holy wars!

Christian armies and ‘Chivalry’ became more focused on ‘the divine’, ‘spirituality’, ‘supernatural powers and became more holy, sacred and devoted to a supreme being (God) in outlook!

Key elements of chivalry during this religious phase was the protection of the women, orphans, churches and the weak and defenseless in medieval society