William Rufus, also known as William II, was the third son of William the Conqueror. He was also the second Norman King of England and ruled the country after the death of his father in 1087. One of the peculiar aspects of William Rufus was that he never married and thus did not leave any heir.

William Rufus was born in 1056 and was the third child of William I. After the death of his father, when he assumed the control of the kingdom, he extended his influence to Wales and established his control over Scotland. In the last few years of his life, William Rufus also ruled as Normandy as regent after his brother Robert left for the First Crusade. 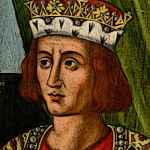 William Rufus assumed the throne of England after the death of his father in 1087. Meanwhile, his brother Robert ruled Normandy and there was a rebellion in England in 1088 in order to bring both England and Normandy under one ruler. The revolt failed and in 1091 William attacked Normandy and occupied some portions of it. He had been planning campaigns into France at the time of his death in 1100.

In What period did William Rufus rule

William Rufus ruled from 1087 till his death in 1100. The period was not completely peaceful and he had to face internal rebellions and external invasions. The first rebellion broke out only one year after his enthronement. This rebellion was in favour of his brother Robert who ruled Normandy. Over the subsequent years, William Rufus also faced revolts from a few nobles but managed to control the situation.

What Kind of Ruler was William Rufus

William Rufus has been praised by the historians for his chivalry and his achievements in battles. He also dealt very successfully with the various revolts during his reign. Additionally, he managed to extend his rule to Wales and Maine. However, he has also been called lacking in social graces and natural dignity and devoid of religious piety and morality. 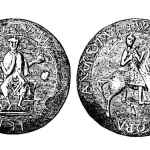 This is the Great Seal of King William Rufus

While William Rufus lacked the refinement of personality and social graces, he was nonetheless an effective solider and a successful administrator. As a ruler, however, he was quite ruthless and often offended the nobles who rebelled against him. According to some critics, he was also addicted to a lot of other vices including sodomy.

What was William Rufus Famous For?

William Rufus was famous for leading an unmarried life and not having any child, legitimate or illegitimate. He was also known for his uncouth habits and unrefined personality. Finally, he was famous for his disdain for the local English culture. 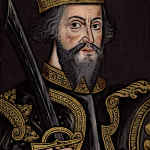 King William the conqueror was the father of William Rufus

The death of William Rufus occurred when an arrow pierced his lung on 2 August 1100 during hunting in the New Forest near Brockenhurst. The identity of the actual killer of king Rufus remains disputed to this day, with some claiming that it was an offended noble while others saying that one of his own men that killed him.

William Rufus was the second ruler of the Norman Dynasty and third son of William the Conqueror. He ruled England from 1087 until his death in 1100. During this time, he extended his influence to Wales and Scotland in addition to Maine on the continent. He was known for his lack of social graces and unrefined personality.