Vikings began raiding northern Europe at the beginning of the 8th century and over the subsequent centuries, set a permanent mark on the socio-political dynamics of the region.

One of the most notable distinctions between Vikings and Europe at the time was that while most of the Europe had been Christianised by the time, Vikings were fierce pagan warriors. It was their pagan religion which greatly influenced the outlook of their culture and civilisation.

Vikings adhered to the pagan Norse religion which had a large number of gods. The Viking mythology held that the world was a tree called Yggdrasil which was occupied by gods, giants, humans as well as other creatures.

Vikings believed that the gods and their foes would be pitted against each other on the fateful day of Ragnorak.

As part of their religious beliefs, Vikings offered up human and animal sacrifices to their gods.

The Norse religion also affected customs and rituals related to birth, marriage, death, warfare as well as other aspects of social life. 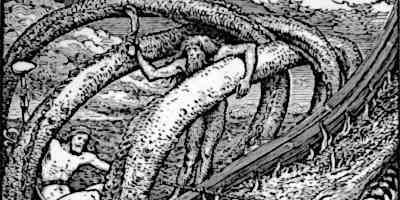 Viking society was primarily a warrior society which was organised along a strict hierarchy. At the top of the society was the Viking nobility which comprised of warriors and rulers.

They would offer their services to the noblemen in return for a payment and engaged in occupations such as trading, farming and smithing.

Vikings were seafarers, raiders and accomplished traders. This enabled them to travel far and bring to their homeland clothes and other items from other lands.

Wealthier Vikings dressed in expensive clothes such as silk and used elaborate pieces of jewelry included highly intricate brooches, belts and necklaces. Coloured-glass beads and amulets were commonly wore by women hailing from the wealthier social classes in the Viking society.

Women in the Viking society enjoyed significant rights. The age of majority for Viking women was 20. Upon reaching this age, women had the right to decide where to live and enjoyed legal privileges as an individual.

A woman could also inherit property and in the case of no male relatives, even the title of the head of the family which bestowed significant powers upon her.

Although a woman had to submit to the clan’s choice regarding her marriage, she could divorce her husband and take another man as husband. Women also participated and overlooked religious rituals priestesses in the Viking society.