Wales is one of the most castle-concentrated areas of the United Kingdom. During the medieval ages, knights and kings constructed a huge number of castles specifically in Wales. 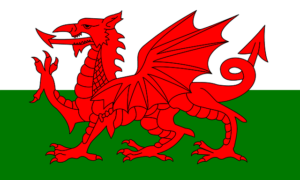 The earliest castles in the area date back to the Norman invasion of the 12th century when the castles were built to fortify the hold of the Norman nobility.

Later, English monarchs constructed many new castles throughout the region, for military and other purposes, King Edward I during the Edwardian period of the Plantagenet kings was a prolific castle builder! 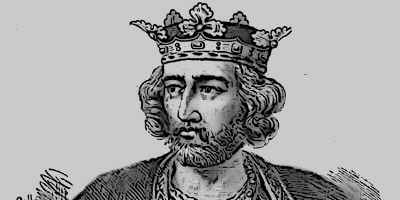 Abergavenny Castle was first constructed following the Norman invasion of Wales. Its earlier structure dates back to 1087 when the castle was built as a motte and bailey structure. 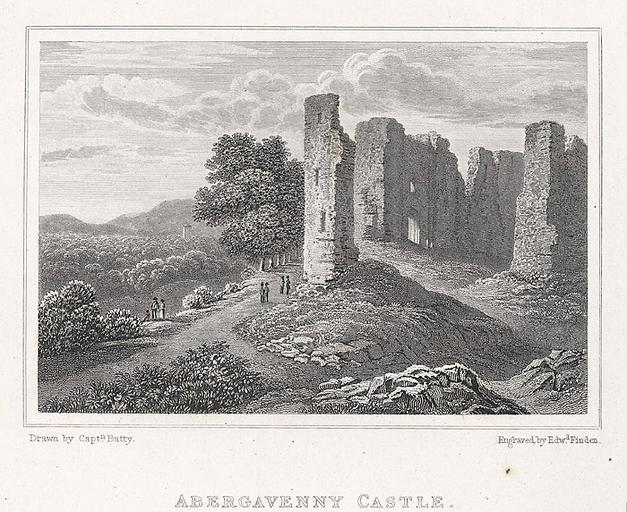 It soon became a point of contention between the English and the Welsh, pitting the Norman nobility against Welsh lords. Consequently, the castle changed hands between many owners during the 12th century.

It underwent significant damage during the English Civil War. Some reconstruction took place during the 19th century and the castle was later turned into a museum in the 20th century.

Today, the museum located in the square keep of the castle is open to visitors.

Beaumaris Castle was built in 1295 in Beaumaris under the commission of King Edward I. During this conquest of Wales, Edward I constructed a number of castles and this was by far the largest of them. 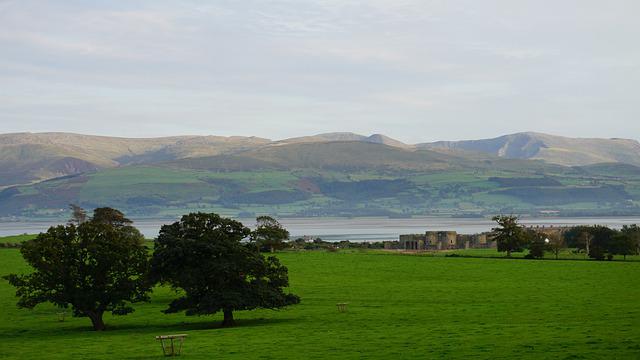 Although the King appointed his favorite architect to work on this castle, it was never completed. Later, it fell into the hands of the Welsh rebels for a brief period of time.

The castle defended the royal authority in the English Civil War but eventually fell to the parliamentary troops in 1648. Today the castle is well-preserved and open to visitors. 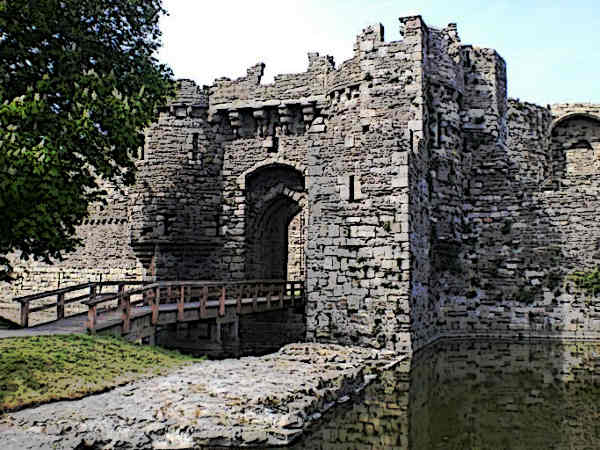 The Carreg Cennen castle is located in Carmarthenshire, Wales. It was originally constructed in the 12th century by the Welsh lords but later fell to the hands of followers of Edward I in the 13th century. 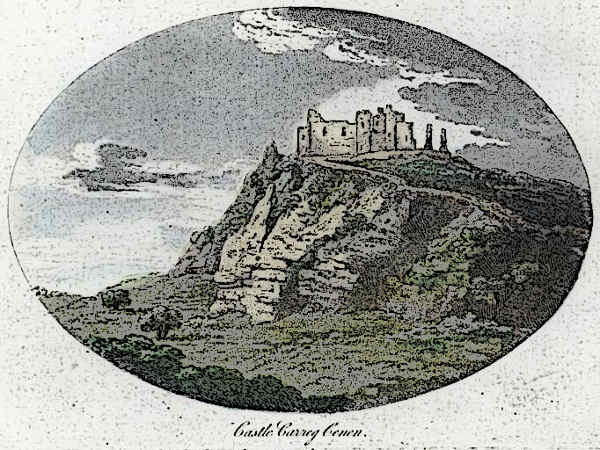 During this period, the castle was reconstructed in a grander style. However, it underwent significant damage and ruin during the Wars of Roses. Although it is not preserved in its entirety, most of the architecture of the castle is extant today and is open to visitors.

The first stronghold at the site of the Cardiff Castle was established in ancient history when the Romans occupied Britain. The exact site was the bank of the Taff River.

In medieval times, a sizable keep was constructed here by the Norman invaders. 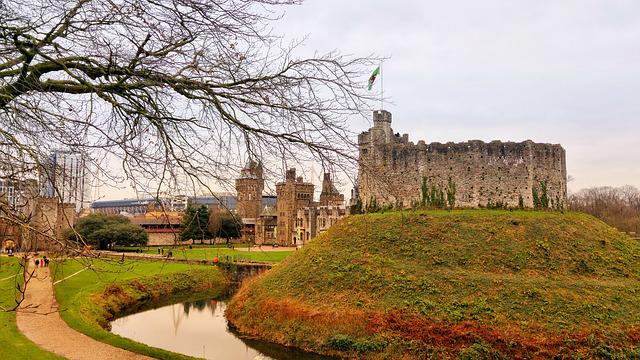 Later, the castle was frequently used as a fortress to ward off invaders during the middle ages. In later times, the castle was turned into a Gothic residence. It was revived in the 19th century, reconstructed and today remains one of the most beautifully preserved extant castles in Wales. 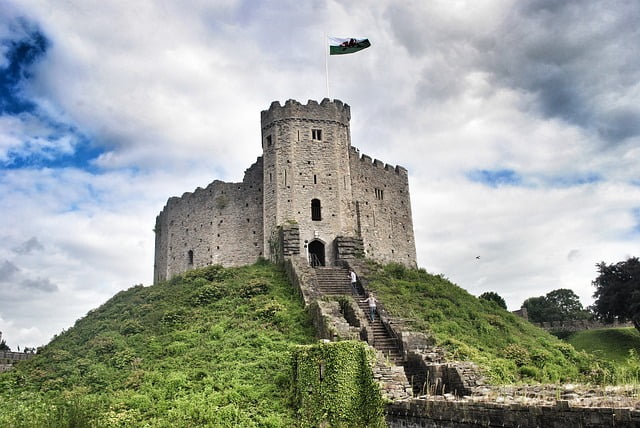 The castle is open to tourists who can explore most of it without any restrictions.

The Pembroke Castle is located in Pembrokeshire in southern Wales. The castle was originally constructed in 1093 at the behest of the Early of Shrewsbury. He ordered its construction after he was able to gain control of Pembrokeshire in the 11th century. 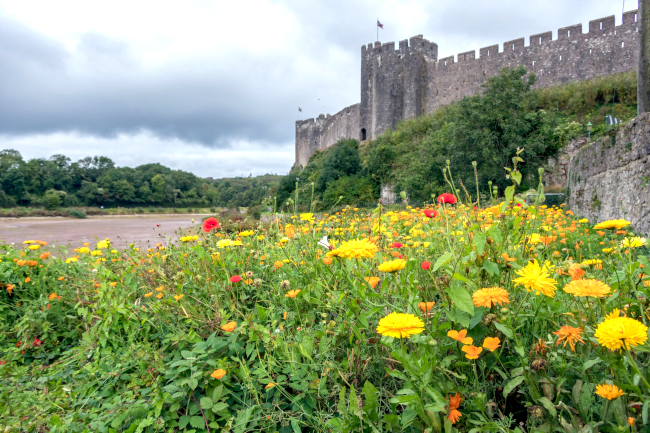 The overall size of the castle is huge and because of its incredibly durable structure, it is well preserved to this day. It is reputed that King Henry VII was born in this castle. Although the castle was abandoned in the 17th century, it was restored in the 19th century and remains one of the most iconic castles in Wales today. 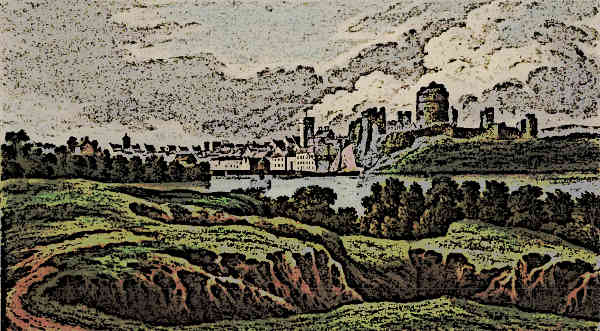 Caerphilly castle is located in the county of Gwent and is one of the well-fortified castles built in medieval times. It was constructed in 1298 at a site where originally the Romans built a fort after their invasion of Britain. 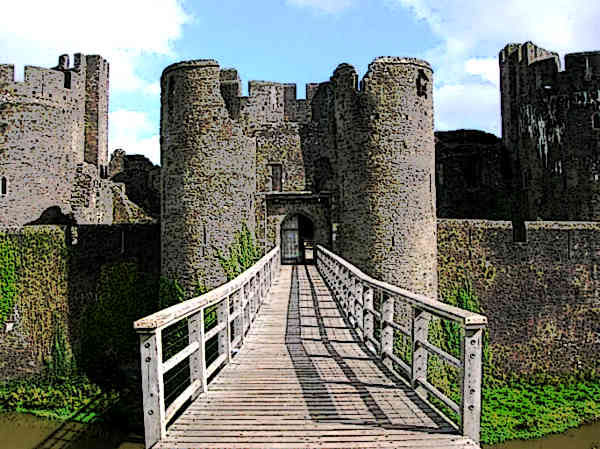 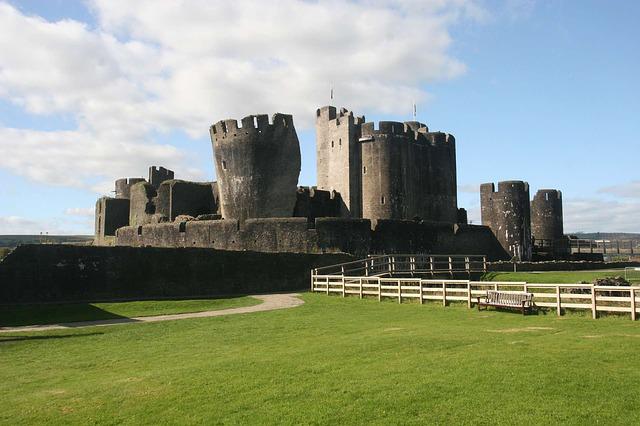 To top all of this, the castle is surrounded by moats and small islands. The castle fell into ruin but was restored during the Victorian era. Today the castle is open to visitors.

Conwy Castle was constructed on the northern coast of Wales in the late 13th century. King Edward, I ordered the construction of this castle in 1283 and it was completed after several years of work in 1289.

The castle is located over a rocky hill and its architectural design makes full use of this feature to fortify its foundations. The overall structure makes it a formidable castle, featuring eight huge towers and two heavily fortified gates. 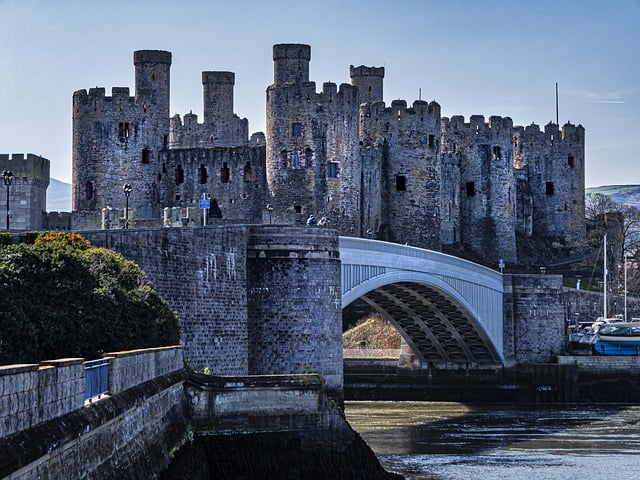 The castle has been very well-preserved ever since its construction and most of its original structure is still extant today. It is open to guided tours for visitors. 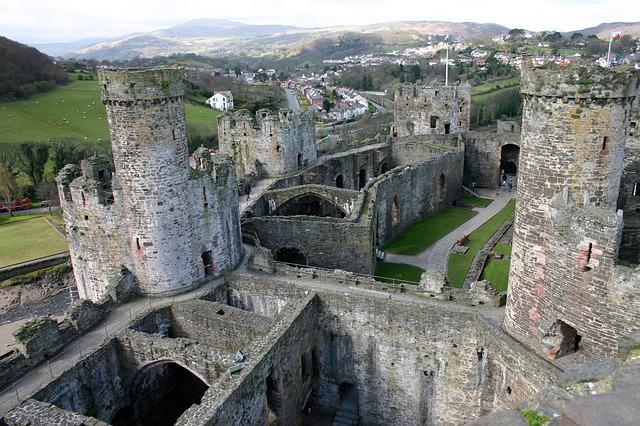 Caernarfon castle is located in the town of Caernarfon and is another one of the architectural masterpieces commissioned by King Edward I. At the king’s orders, the construction of the castle began in 1283.

It used the typical concentric-walls style which was frequently used by the architect James of St. George, a favorite of King Edward I. 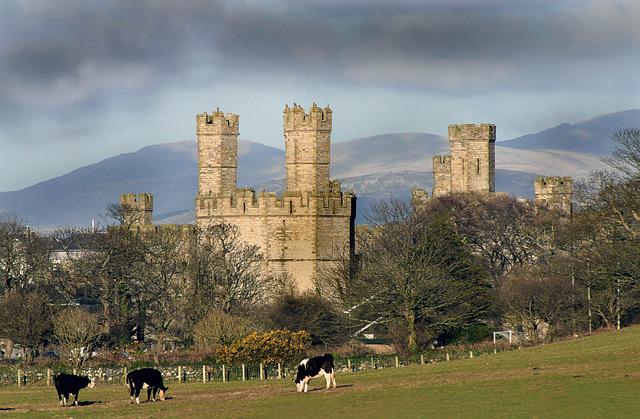 The main portion of the castle was entirely encircled by an outer boundary wall. While the inner wall was further fortified with a number of towers and gates, the outer wall also stood as a formidable line of defense.

The first person to be given the title of ‘Prince of Wales’ was born here, being Edward’s son. 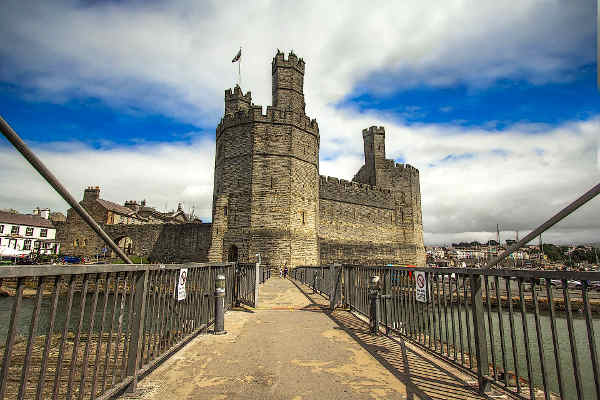 Harlech Castle can be found in the south of Porthmadog. This also forms part of King Edward’s chain of castles called the Iron Ring. It was built by Master James of St. George, a military architectural genius. 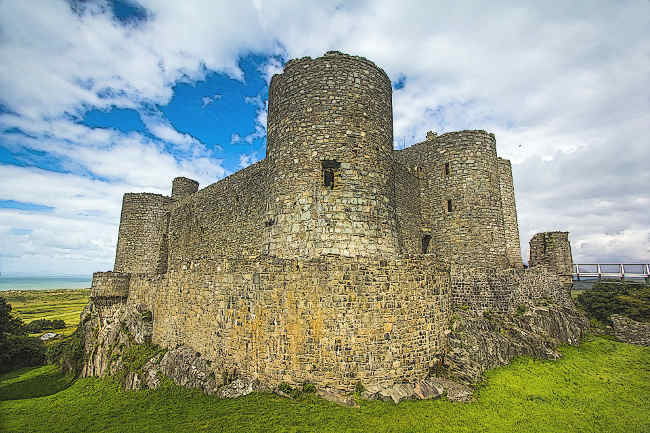 Harlech castle took advantage of its high position and its natural surroundings to defend its inhabitants from attacks from the land or sea. 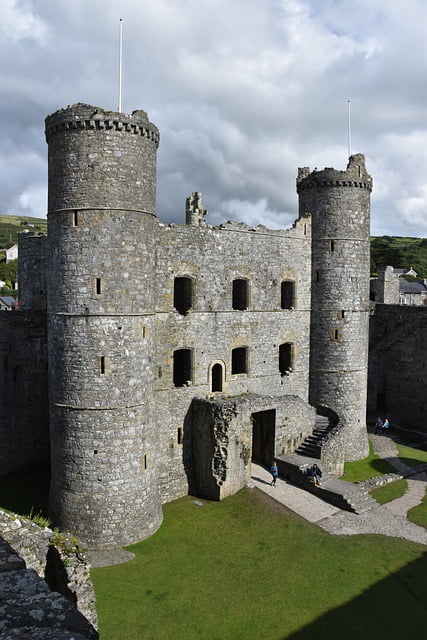 Men of Harlech refers to the unofficial Welsh anthem that honors the longest siege in British history, where the King’s forces defended the Harlech castle during ‘The Wars of the Roses

Raglan castle is located in the county of Gwent. It was originally constructed in 1435 with the intent of providing fortifications. Perched in the middle of beautiful countryside, the construction of the castle was also done with an eye to luxury and comfort. 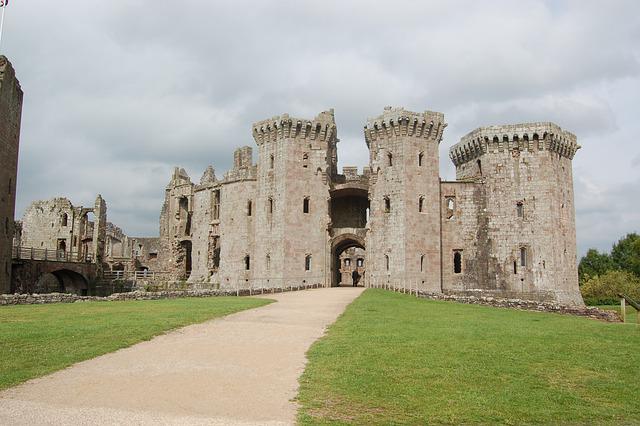 Consequently, the design of the castle is a good mix between solid fortification and beautiful interiors including a courtyard. The castle is open to visitors who can visit the top to get an expansive view of the surrounding scenery. 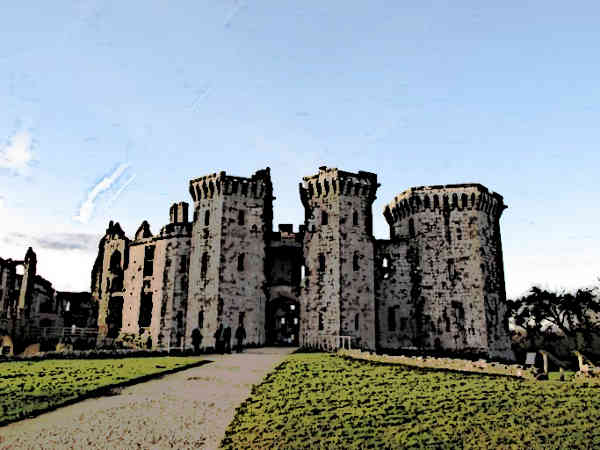