In the medieval period wars were very common and kings in order to protect themselves and their castles had many soldiers other than just medieval knights.

Medieval Soldiers played a vital role on the battlefields throughout the medieval period.

Different styles of fighting were introduced and soldiering was acknowledged as a specialized field and not a temporary arrangement.

The size of infantries and cavalries became bigger as the medieval period progressed.

Initially peasants used to fight, without having any formal training. Later skilled men were hired as medieval soldiers.

There were many specialized soldiers such as long-bowmen, archers, foot-soldiers, crossbowmen and halberdiers, which had their own skill set and were prominent throughout the Middle Ages. 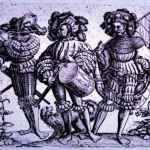 The History of medieval soldiers can be traced back to the earliest medieval times when there were only foot soldiers and no cavalry, during this period wars were commonly fought by untrained peasants.

In the 11th and 12th centuries, middle class freemen and mercenaries fought the wars along with peasants who were then a second line of defense and were mostly archers like crossbowmen.

During the later medieval centuries, permanent armies were developed and skilled medieval soldiers were taken care of and paid handsomely.

The overall medieval history shows a dramatic transformation in the style of soldiering as the social and technological advancement had a deep impact on it.

During the early medieval period peasant and commoners were the most common types of soldiers as they were forced to fight due to their status in the feudal system. These early fighters had no formal training and were mostly unarmored.

Sometimes medieval peasant soldiers had to arrange their own weapons and supplies and it was not provided by the lord or the king.

The motivation level of these medieval soldiers was very high when they were asked to protect their homeland as compared to when they were sent abroad for fighting.

During the middle medieval period, due to the pressure of constant wars, the fighting and weapons of medieval soldiers changed.

Medieval soldiers with practical experience of using arms were hired during this period. By the 11th century, soldiers that mostly fought were middle class freemen. They had standardized equipment that included leather or iron helmets and an ax or sword.

The Role of medieval peasants was reduced to that of archers and skirmishers.

They provided aerial cover to the heavy infantry and cavalry.

During this period the Europeans, especially the Italians started to depend on the mercenaries who were paid at a fixed rate for fighting.

These soldiers were very effective and fought in combination with the regular medieval armies.

In the late medieval period mercenary forces expanded to a greater extent.

They were free from any bindings and were unanswerable to any king.

Three well known examples of this new class of soldiers were the Swiss pike-men, the Italian Condottiere and the German Landsknecht.

Another type of soldiers, with different types of useful fighting skills, were the bodyguards of the elite. These medieval soldiers were considered the household troops and their use increased together with the long sieges and castle building activities that ensued.

As sieges lasted for longer periods of time due to better castle designs, huge numbers of soldiers were required in different specialized fields that included specialists of different warfare skills such as the use of siege weapons like the Trebuchet.

Due to competition among the kings the size of the troops consistently increased and kings had to generate funds in order to maintain their larger and better skilled armies.

Medieval Soldiers and their weapons

On the battlefield there were many different kinds of soldiers that used various kinds of weapons.

Foot soldiers had spears, daggers, swords and axes. Archers were usually at the back of army formations with crossbows and longbows to fire arrows at their enemies.

Pikemen held pikes that were long spear like weapons and created a protecting wall of pike spears.

Medieval soldiers had different weapons in all shapes and sizes depending upon their requirements as there were many types of blades, pole arms and blunt weapons.

Different types of body armors, shields and helmets were also used, but these were considered expensive items and not widely used by the majority of foot-soldiers. 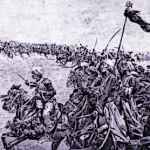 Who were the most effective medieval soldiers

The most effective medieval soldiers were crossbowmen who used a weapon with bow mounted on a stock that fired bolts or simply projectiles. It was called crossbow and was a very effective tool.

Then there were halberdiers who used a pole weapon that had two hands.

This weapon was called a halberd and had a blade spike shaft and hook.

Halberdiers were very deadly and as effective as any other type of medieval soldier.

English Longbow men were also very effective. They had a long bow that was as tall as a soldier’s height. Longbow men were skilled enough to fire twelve aimed shots in a minute, which shows how deadly they were in the battle. 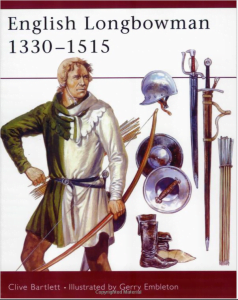 Famous medieval soldiers include the Swiss mercenaries who offered their services to many foreign armies.

During the later medieval period veteran war heroes from Europe started to realize that soldiering was a proper profession and not temporary activity, hence the importance of Swiss mercenaries grew a lot.

They were famous for their style of fighting and the power of attack with pike and halberd.

English longbowmen and archers of the medieval period were also very famous and many of them outclassed skilled archers in the battlefield.

During medieval times, regular wars were fought and having some sort of army was a necessity.

Initially, regular soldiers were not recruited and peasants mostly fought considering it a national duty.

But with the passage of time and with the advancement in the field of science and technology, kings realized the importance of having permanent soldiers and regular forces.

Kings also took the service of mercenaries that were skilled forces from some foreign lands available for fighting at a fixed rate.

At the end of medieval period medieval soldiers were considered an integral part of national defense and the kingdom was spending huge amounts of money to create and maintain their medieval armies.