The Tudor dynasty ascended the English throne at the end of the Wars of the Roses in 1485.

Originally hailing from the Lancastrian faction, the Tudors unified the faction with the rival Yorkist faction through the marriage of the first Tudor king, ushering in a period of stability and cultural renaissance which lasted for well over a century.

The Tudor period is considered the bedrock on which the foundations of modern England were laid. 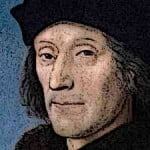 1485 – The Tudor period began after Henry Tudor defeated and killed King Richard III at the Battle of Bosworth.

1487 – Henry Tudor defeated Lambert Simnel at the Battle of Stoke. 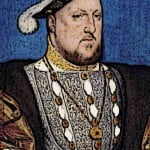 1509 – King Henry Tudor died and was succeeded by his son, Henry VIII. Henry VIII was the second Tudor monarch.

1513 – England under Henry VIII faced a Scottish invasion. This invasion was stopped at the Battle of Flodden where James IV of Scotland was killed and the English army stood victorious.

1520 – Henry VIII and Francis I of France met at the Field of Golden Cloth. This meeting was one of the most lavish and extravagant kingly meetings of the time. 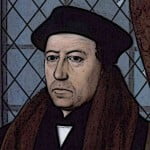 1527 – Henry VIII decided to divorce his first wife, Catherine of Aragorn in 1527, The Church was a major obstacle in his doing so, barring his way to an annulment of his marriage

1527 – This disagreement with the Church became one of the key events which shaped Henry’s relationship with the Catholic Church and his consequent break with it.

1529 – Henry VIII fired his cardinal, Wolsey, after he failed to provide him a solution regarding him marriage with Catherine.

1533 – Act in Restraint of Appeal is passed by the parliament. Through this Act, England breaks its tied with the Catholic Church.

1533 – Elizabeth, later to be one of the most popular English monarchs, was born 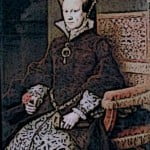 English Protestantism was laid along firmer basis in 1536. The year saw the dissolution of all monasteries and the confiscation of their lands by the Crown. The same year, English Bible was compiled and approved for use in churches and at other ecclesiastical occasions.

1542 – England under Henry VIII went to war with Scotland.

1545 – French attempted an invasion of England but the invasion was repulsed and the attempt failed.

1547 – Henry VIII died in and was succeeded by his son Edward VI. Edward was 9 at the time and his brief reign was marked by his zeal in support of Protestantism.

1549 – Edward VI issued the Book of Common Prayer to be used in churches and by the common people.

*The period was marked by attempts by Queen Mary to return England to Catholic ways. She married Philip II of Spain in 1554 but the marriage bore no issue. Mary died in 1558. 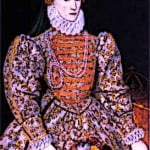 Queen Elizabeth ascended the English throne following the death of her sister, Queen Mary. Queen Elizabeth’s reign stretched from 1558 to 1603.

1559 – England under Queen Elizabeth intervened in Scotland on behalf of Scottish Protestants. Such English interventions all over British Isles would continue in subsequent centuries.

1562 – England decided to intervene in France but the attempt failed. The effort concluded in the signing of the Treaty of Troyes between the two kingdoms.

1571 – The English Parliament approved an Act against the anti-Queen Papal bulls in 1571, affirming faith in the person of the Queen.

1585 – English supremacy at sea was pitted against the rising naval might of Spain. This culminated in the declaration of war between the two, given that Spain was an ardent support of Catholic Church while England opposed the Church.

Spain had began preparing a large fleet, to be called the Spanish Armada, in 1587. English naval officer William Francis Drake attacked Cadiz, the port where the Spanish fleet was being built, torching many ships. This set back the planned invasion of England by the Spanish fleet by at least one year. 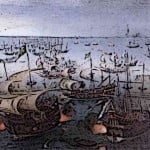 1588 – the Spanish Armada finally set sail to invade England. A part of the fleet was wrecked due to poor weather while the rest was defeated by the English royal navy.

1593 – England began to support Henry IV of France in 1591. In 1593, Henry converted to Catholicism and England consequently withdrew its support.

1596 – Spain launched a second Armada in 1596 but the attempt to invade England failed due to poor weather conditions.

1603 – The long and fateful reign of Queen Elizabeth came to an end in 1603. Elizabeth never married and she was succeeded by James VI of Scotland.

The Tudor dynasty ruled England from 1485 to 1603. During this reign, England transitioned from medieval times to a period of cultural and intellectual Renaissance. Henry VIII laid the foundations of a cultural renaissance as well as military reforms along more modern lines.

These had reached their pinnacle by the reign of Queen Elizabeth when towering literary personalities like Shakespeare contributed to the ushering in of the English Renaissance. In this role, the Tudor era stands as a crucial period between the medieval and modern England, offering the best of both.