The Dark Ages refer to a period in the history of Europe between the fall of the Roman Empire in the 5th century and the 10th century. It was during this period that Europe underwent many rapid changes and age-old political and social structures in the region were replaced by new ones. 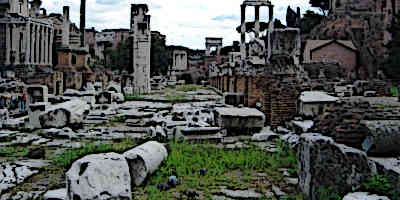 Dark Ages History was a period of great changed from around the 5th to 10th century, brought about by the collapse of the dominant Ancient Roman Empire Read more about the Dark Ages History >> 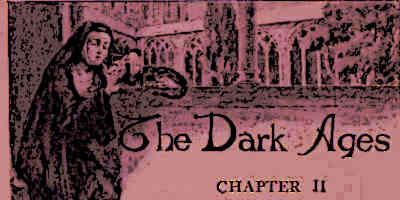 The Dark Ages was a period of transition after the collapse of the Roman empire for approximately 500 years, there were some very important events in medieval Europe during this period Read more about the Dark Ages Timeline >> 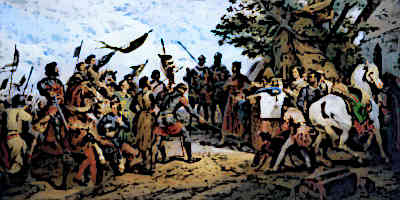 The Dark Ages was a time between the fall of the Roman Empire and New Kingdoms being formed, during the Dark Ages there were constant battles as different forces tried to dominate Read more about the Dark Ages Wars >> 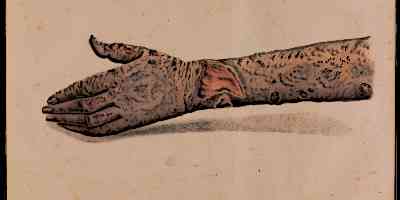 Medieval Diseases were common in Medieval times due to a lack of hygiene and squalid living conditions, Leprosy, Dysentry and the Plague killed many medieval people Read more about the Medieval Diseases List >>

The Dark Ages commenced with the fall of the Western Roman Empire in early 5th century. The Empire stretched over vast areas of Western Europe and was the identifying political and social entity of the region. It had been under the onslaught of the attacks of Germanic tribes for many centuries, and coupled with internal instability, the Empire finally collapsed around 410.

This was a period when Germanic tribes were rapidly migrating into Western Europe and settling in different regions. Their influx was the decisive factor which contributed to the collapse of the declining Roman Empire.

The Dark Ages are most notably known as the period in the history of Europe when Germanic tribes rapidly migrated into different regions of Western Europe. They were, in turn, being pushed by other Central Asian tribes such as the Huns.

The key Germanic tribes that arrived in Western Europe in wave after wave during the Dark Ages included the Goths, Vandals, Saxons, Lombards, Angles, Frisii, Jutes, Franks and Suebi. These tribes were to have a decisive impact upon the subsequent future and fortunes of Western Europe. Many, such as Franks, Anglo-Saxons, Lombards established long-lasting kingdoms while Goths and Vandals briefly ruled notable regions in Western Europe.

During the Dark Ages, the only stable polity that managed to continue its existence was the Byzantine Empire. The Byzantine Empire had borrowed the cultural and administrative heritage of the Roman Empire and coupled it with classic Greek literature. Based in Asia Minor, the Empire grew immensely powerful, rich and sizable.

For some time during the 6th century, the Empire expanded to include most of the territories of the now-defunct Western Roman Empire as well. Being based at the rich and prosperous city of Constantinople, the Byzantine Empire became home to Orthodox Christianity and was considered the home of arts and culture during the Dark Ages.

It was during this period that the Empire fought wars with Sassanids, Arabs as well as Slavs and Bulgars. Despite many losses, the Empire was able to survive mostly intact through the Dark Ages.

The Dark Ages were the period during which northern and Western Europe underwent critical and long-lasting political changes. The Germanic Anglo-Saxons arrived on British Isles during this period and within a century or so, had established numerous kingdoms which came to give Britain its cultural and political identity during this period.

The Lombards established their kingdom in Italy in the 6th century and ruled until 744. The end of the Lombard hegemony in Italy coincided with the rapid rise of the Germanic Franks who now ruled Francia, Italy, Saxonia, Bavaria and other regions to the West. The Franks laid the foundations of the later kingdoms of France and Germany.