The Anglo-Saxons came to rule most of the south-east portions of Great Britain from 5th century onwards.

Wales, however, to the West of the Isles remained fairly independent under the rule of Welsh lords who were of Briton descent.

Like the Anglo-Saxon settlements neighboring their territories, the Welsh territories were divided into a number of principalities, each ruled by a different ruler.

In time, a period of consolidation of these principalities began during which several Welsh rulers came to rule large portions of Wales.

It culminated in the 11th century when Wales was, for the first time, ruled entirely by a single King.

Following are some of the most notable kings of Wales.

Rhodri the Great ascended to the throne of Gwynedd, one of the principalities of Wales, in 844.

In 855, he extended his power into the neighboring Powys by laying claim to the principality on account of the fact that his mother descended of the Powys ruling family.

In 872, he also annexed Ceredigion as well, effectively becoming the ruler of most of Wales and the first person to rule over such a large extent of the Welsh territories.

In the following years, he had to face the onslaught of Viking attacks which he successfully warded off by defeating the Vikings in two major battles.

He then faced a Saxon invasion from the East in 873 and in the ensuing battle, was killed.

Rhodri was the first Welsh ruler to be accorded the epithet of ‘The Great’ given his vast dominions and his relatively peaceful annexation of the territories under him.

Originally descended of the ruling family of Gwynedd, he was able to gain control of Gwynedd.

In 1205 he married the daughter of King John of England.

In 1208, he annexed the neighboring Powys to his territories and when King John was forced to sign the Magna Carta in 1215, he received many baronial concessions in terms of lands and privileges.

By this time, he had become the most dominant power in the Wales.

In 1218, Llywelyn forged peace with Henry III of England and although he was often pitted against the Marcher Lords and the English king’s forces, he effectively kept a strong control over most of Wales until his death in 1240.

He is the second of the only two Welsh rulers who have historically receive the epithet of ‘The Great’. 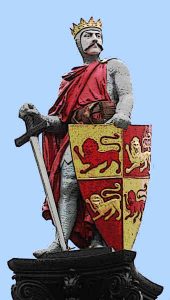 Gruffydd was the first person who ruled over entire Wales and formally used the title of the ‘King of Wales’, a title intermittently recognized by the neighboring English rulers.

Gruffydd’s father ruled over both Gwynedd and Powys and a few years after his death, Gruffydd was able to gain control of Powys and defeated a sizable Mercian army.

In 1041, Gruffydd expanded his power into south Wales and successfully annexed new territories to his realm before being expelled from the south by the forces of Gwent ruler in 1047.

In 1055, the Gwent ruler was killed in battle in Gruffydd recaptured Deheubarth territories in the south.

Within a year, he was able to annex Gwent and Morgannwg to his territories as well and took the formal title of the ‘King of Wales’ in 1056.

He was the only person to have used this title which was recognized by the English as well. 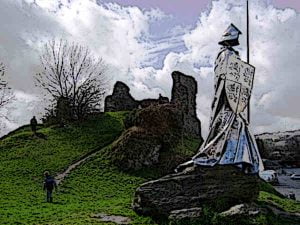