Discover the Best Castles in Germany to Visit. See the Most Grandiose German Castles such as Hohenzollern Castle in the Swabian Alps and Neuschwanstein Castle located in Bavaria! 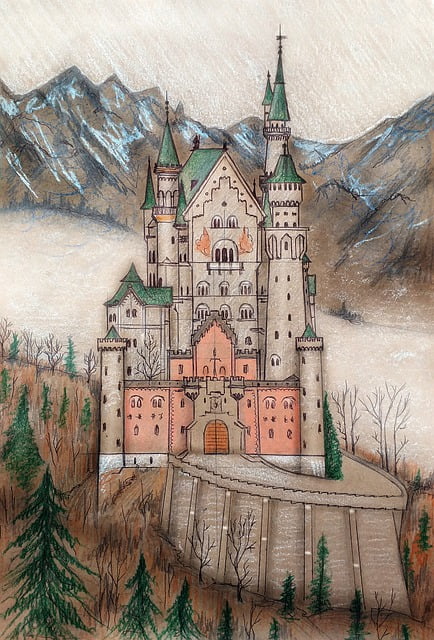 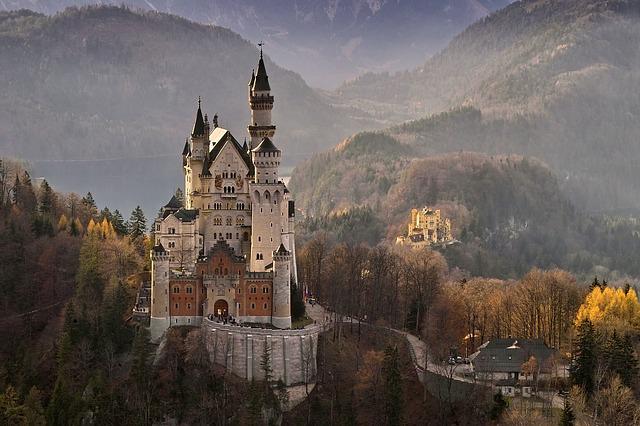 Among the German castles that exist today are those built in Renaissance style, Neo-Romantic castles, Rococo castles as well as castles built using historicist architecture. 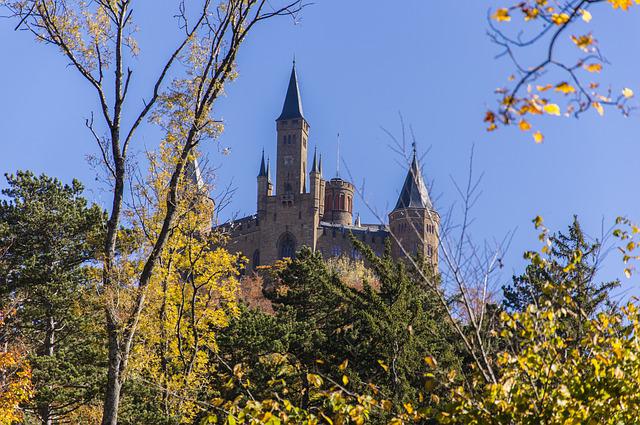 The Hohenzollern Castle is located in Swabian Alps. The original fortress at the site was constructed in the 11th century under the charge of the House of Hohenzollern. Located on top of a hill, the castle is elevated at a height of 768 feet. 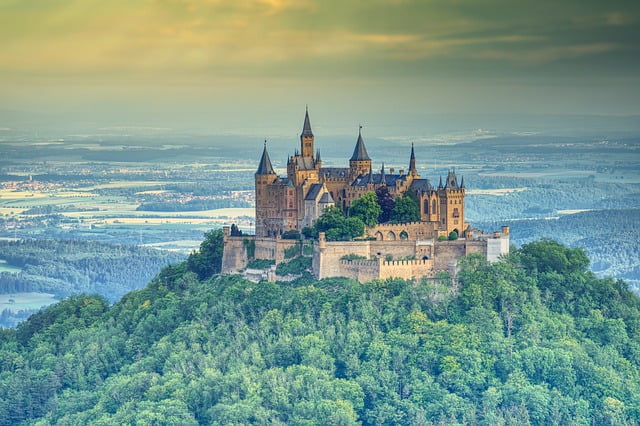 The first fortress was completely destroyed in the 15th century and in its place, a second construction began. The modern-day castle at the site was built by Crown Prince Frederick William IV of Prussia in the 19th century. 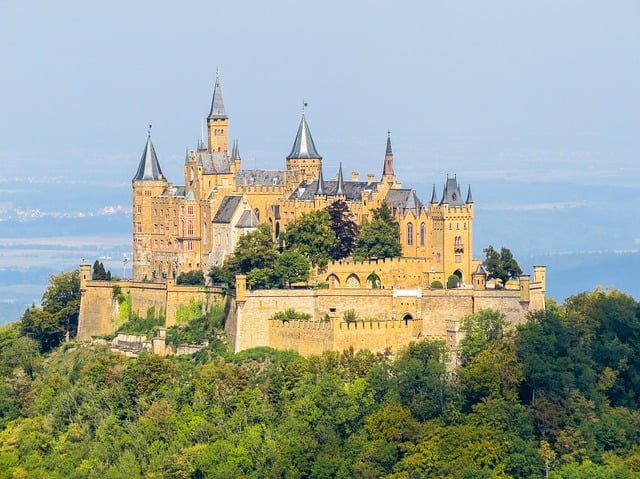 Its structure embellishes Gothic influences with other architectural elements. Today the castle is privately owned and is one of the most popular tourist attractions in Germany.

The Neuschwanstein castle is located in Bavaria. The original site where the modern-day castle is built was the location of three medieval castles. The place was bought by King Maximilian II of Bavaria in 1832 who had a family palace constructed on the ruins of one of these castles. 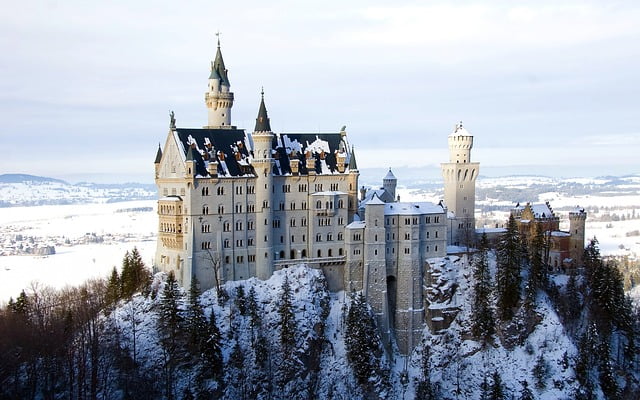 Later, his son Prince Ludwig II had the magnificent Neuschwanstein castle constructed at the ruins of the other two medieval castles. The overall construction of the castle is very stylistic, containing many theatricals embellishes, halls, and elements related to medieval German knights.

The total structure includes many towers, sculptures, and gables. The castle is considered an icon of the Romantic era. 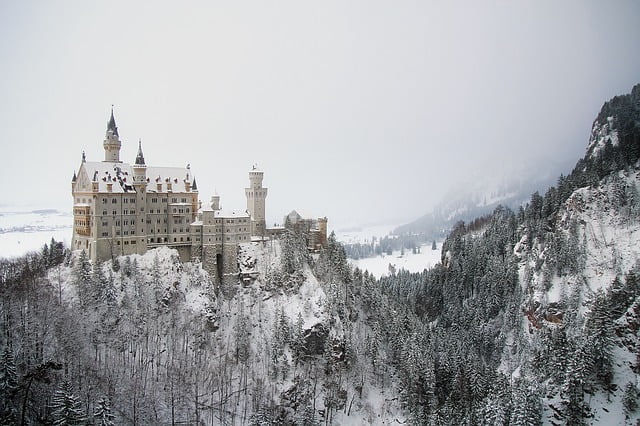 Charlottenburg Palace is located in Berlin. It was constructed in the 17th century under commission from the wife of Friedrich III. The original structure included one wing and a huge central cupola. Behind this main façade were two oval halls. 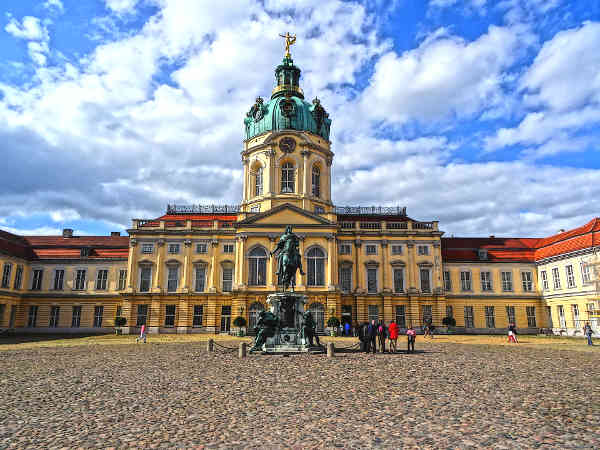 Friedrich assumed the Kingship of Prussia in the early 18th century and had the best architects commissioned to expand the palace. During this time, some of the best interior decorations were added to the palace.

The Wernigerode castle is located in Saxony-Anhalt. The Saxon counts who settled in the region created the original castle structure at the site sometime in the 12th or 13th century. In the 15th century, the castle came into the control of the County of Stolberg. 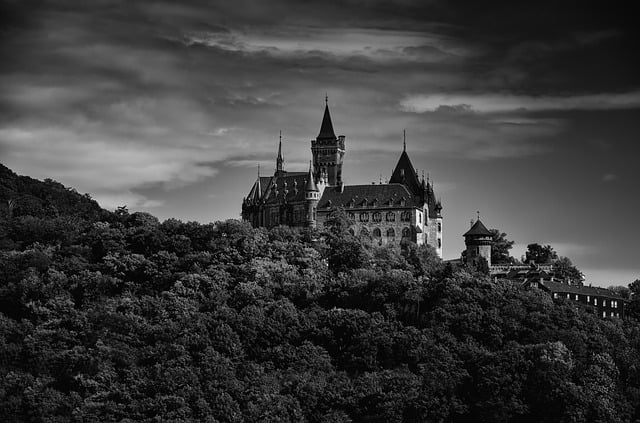 In the 17th century, it reverted back to the control of Stolberg counts. Count Christian overlooked extensive reconstruction of the castle along more modern lines in the 18th century. In the 19th century, Count Otto again had the castle rebuilt in a Romantic fashion. 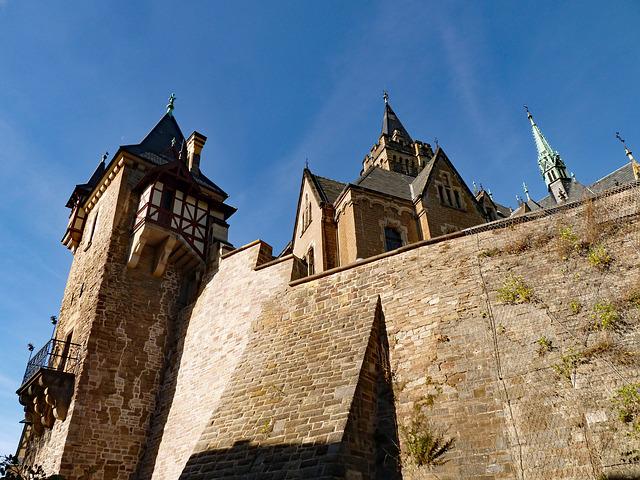 Today the castle is open to the public and is a popular tourist attraction.

The Reichsburg castle is located in Cochem. It was originally constructed sometime in the early 11th century. The castle came into the possession of King Konrad III in the 12th century. Towards the 17th century, French King Louis XIV conquered the area and the castle came under his control. 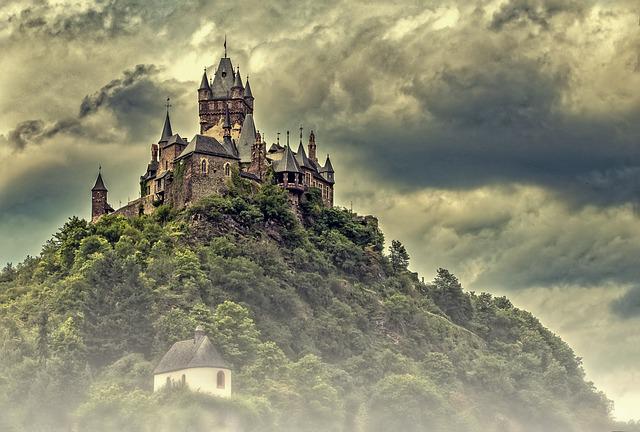 During this period, the castle underwent significant damage and was later abandoned in ruins. It was reconstructed in the Gothic Revival architectural style in the 19th century. Today it is owned by the town of Cochem and is open to visitors. 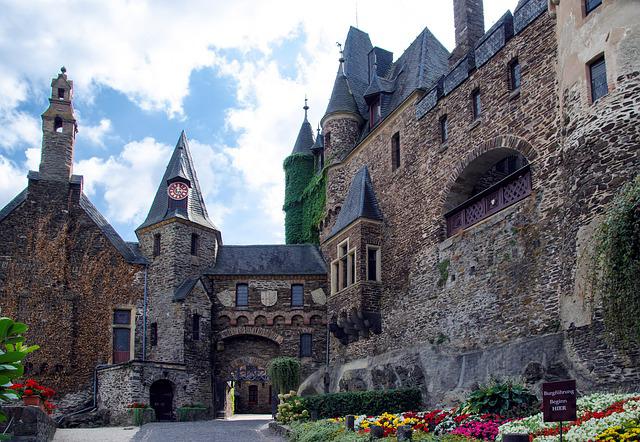 The Mespelbrunn castle is located in the town of Mespelbrunn. The castle was originally built as a private house by a 15th-century knight. The most remarkable feature of this castle is that it is built on water, specifically on a lake. 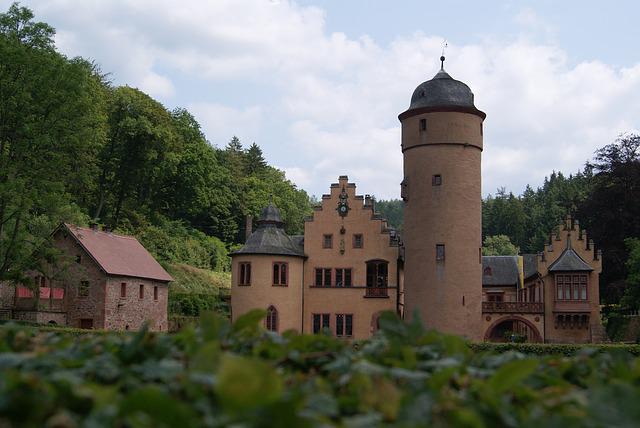 Although the castle was originally built with no fortifications, these were built towards the end of the 15th century because of the threats of bandits in the nearby regions. Consequently, towers, walls, and other fortification features were added at this time.

The castle is privately owned today, although it is open to visitors.

The Wartburg Castle is located in Eisenach. It was constructed in the 11th century. A popular event associated with this castle is that during his translation of the Bible, Martin Luther hid in this castle. 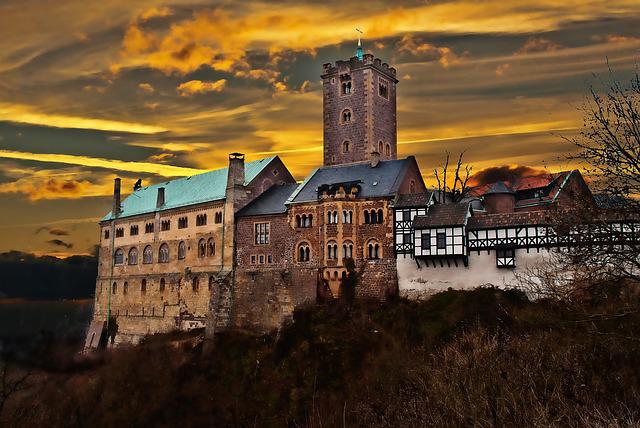 The most significant architectural features of this castle are the overall construction and design of its rooms in the original Romanesque style. This feature which was originally added in the 12th century has survived to this day.

The castle also has a drawbridge. Today, the castle is considered a part of the world heritage and is open to tourists.

Schwerin Palace is located in the city of Schwerin. It is removed from the main city by being located on a small island in the middle of a lake. The original construction at the site was a Slav fort in the 10th century. 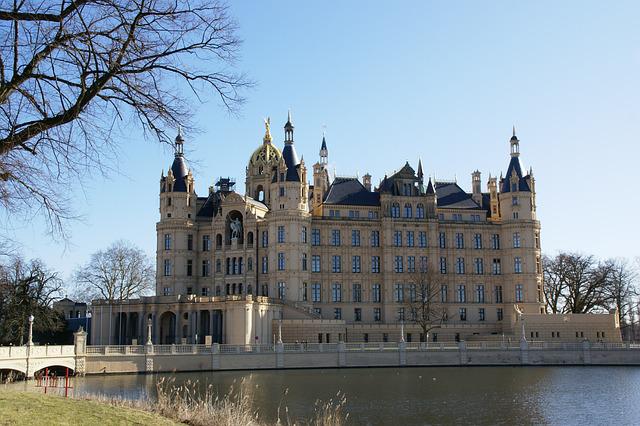 After its destruction, a new fort was established on the island by the Germanic tribes. It was in the 16th century that the structure assumed a more residential outlook. It was converted into a palace using Renaissance architectural features. 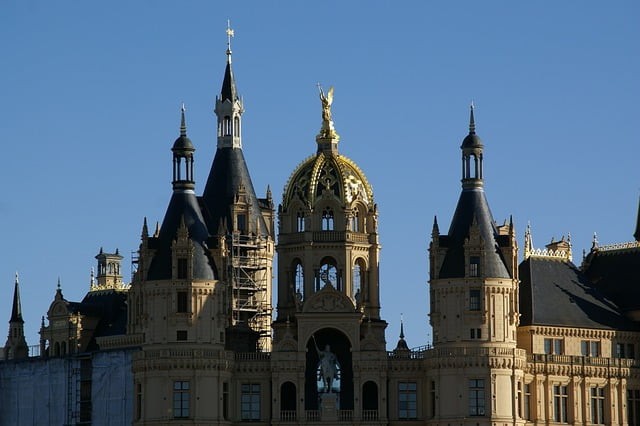 In the 17th and 18th centuries, Dutch Renaissance features were added to the overall structure. Today the castle is the seat of the State Assembly and is very well preserved.

The Glucksburg castle is located in the town of Glucksburg. It is an immense water castle that is considered one of the most enduring architectural icons of the Renaissance era. The castle was originally built in the 1580s. 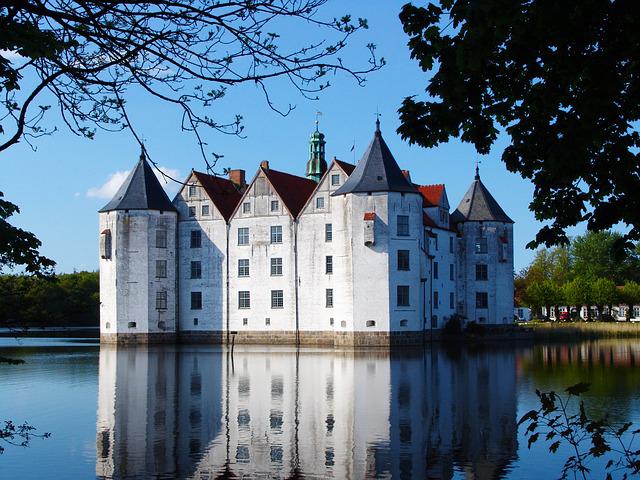 It rises on top of a 2.5-meter foundation which stands above the water surrounding it. The structure of the castle is such that in that the great halls are located in the middle while the residential portions flank this portion on the sides. 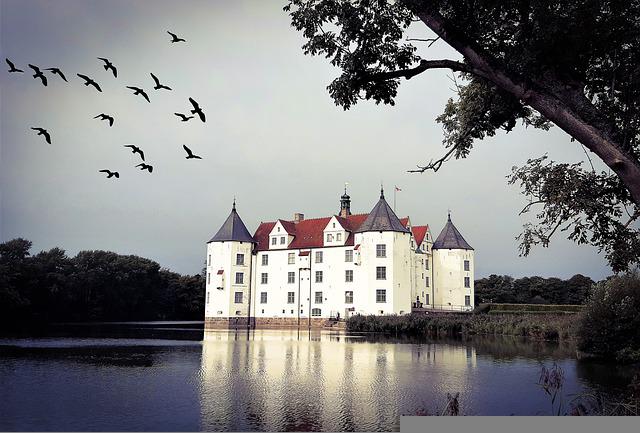 Historically, the castle had a kitchen garden which was later replaced by a pleasure garden. Today, in its place stands a rose garden. The castle underwent many modifications although the main structure remained fairly the same over the centuries.

The castle is today used for art exhibitions while its gardens are privately owned.