Medieval times in Europe were quite violent with battles fought all over the continent and thus a variety of medieval weapons were developed for various purposes.

Caltrops were among the most commonly used medieval weapons and were also known by various other names such as caltrap, galtrop, cheval trap, crow’s foot, and others.

Caltrops were among those medieval weapons that were designed for defense purposes. 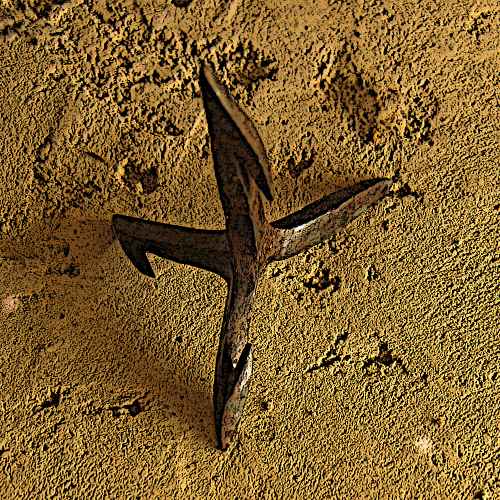 While caltrops were extensively used during medieval times, their history can be traced back to ancient times when they were used by the armies of Alexander the Great during the Battle of Gaugamela in Persia. This war was fought in 331BC and the caltrops used in the war were made of iron.

Definition and meaning of Medieval Caltrops

The world caltrop is derived from the Latin word “calcitrapa” which literally meant foot-trap. A medieval caltrop had a specific shape that consisted of four metal points which were so arranged that three of them remained on the ground while the fourth one projected upwards. 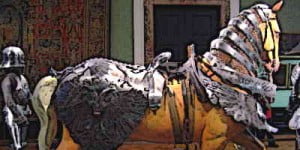 What were medieval Caltrops used for?

The main purpose of a medieval caltrop was to hurt the hoofs of horses and thus halt the advancing armies’ cavalry etc. A handful of caltrops were placed at a target location and spread over a small area. Since these were small medieval weapons, the advancing armies could not detect their presence until it was too late. Thus a medieval caltrop effectively served the purpose of defense. 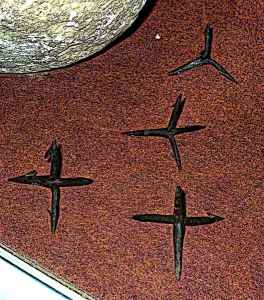 There are various kinds of caltrops, although during medieval times iron caltrops were most commonly used as medieval defense weapons. Other types include water caltrop, and the caltrops used in Japan which were known as makibishi which was commonly used in medieval Japan. During the modern wars, large caltrops made of reinforced concrete were used to half the advancing tanks.

Caltrops were extremely effective and viable as medieval defense weapons. This was not only due to the fact they effectively halted the advancement of the approaching armies but also because they were quite cheap and thus did not strain the finances of the defending armies. Mostly caltrops served as the first line of defense with the other weapons concealed in the background. 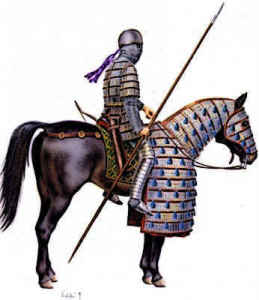 The decline of Medieval Caltrops

The use of medieval caltrops did not cease, although the shape of these medieval weapons was constantly refined with the passage of time. Thus medieval caltrops ceased to be used in their original form and were replaced by various other modern forms which were more effective for modern warfare. One reason for the declining popularity of medieval caltrops was the increasing use of gunpowder weapons. 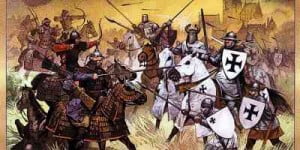 Various medieval defensive weapons were used in battles during medieval times, and the caltrop was a popular one among these weapons. This was a four-edged iron weapon with one edge pointing upwards and hurting the hoofs of the advancing horses. As time passed, various types of caltrops were developed but their usage declined with the growing use of gunpowder.

We hope you enjoyed learning about caltrops which were used extensively in the medieval world. Caltrops were a cruel weapon that injured horses’ feet but was very effective in halting the cavalry. You can learn a lot more about different types of medieval weapons like the caltrop by looking at the links at the bottom of this article on medieval caltrop weapons.