Bedivere and the Legends of King Arthur

Bedivere was one of the Knights of the Round Table who served the legendary King Arthur from the very start till the very end. 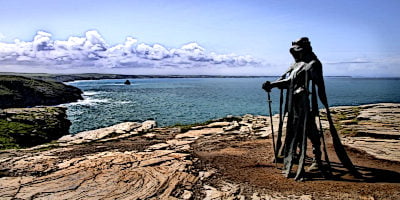 Bedivere was by Arthur’s side in several famed legendary exploits of the King. He remained loyal and faithful to the king through all events. He was also by Arthur’s side at the fateful Battle of Camlann where Arthur was mortally wounded.

According to some medieval texts, he was then assigned one final duty by the dying King.

Bedivere was a fierce and brave warrior but he lost one of his arms fighting. He then fought the rest of his life with the single remaining hand.

Bedivere and the Fight with Giant of Mont Saint-Michel

The King ventured along with his knights, Bedivere and Kay, to kill the beast. Sir Bedivere was the first to visit the island and inspect it before reporting back to the King. Arthur then attacked the giant and slew him.

Bedivere and the Battle of Camlann

Bedivere fought alongside King Arthur at the Battle of Camlann, also known as the Final Battle. The battle was fought between the King’s forces and those of his nephew who had usurped the crown. The battle was fiercely contested and many of the bravest warriors of the day perished in it.

At the end of the battle, King Arthur was able to slay his evil nephew but he is mortally wounded. Bedivere was among the handful of survivors of the battle. As Arthur lies dying, he calls upon Bedivere to do one final task – He asks Sir Bedivere to return the famed sword, Excalibur, by tossing it into the lake.

Bedivere and the Excalibur

When Bedivere is asked by the King to toss the sword into the lake, he resists and thinks that the sword is too valuable for Britain to be thrown away. He returns and lies to the king, saying that he had done the deed.

However, the King sees through the deceit as he knows that the tossing of the sword would cause a supernatural event.

After twice lying, Bedivere, finally tosses the sword into the lake. Upon this, a hand comes out of the lake and catches the sword mid-air.

The End of Bedivere

As per Arthurian legends, Bedivere entered a hermitage upon the death of Arthur. However, other versions of the legend dispute this. In some versions, Bedivere continues to fight on and joins the Roman Campaign. He is finally killed while fighting on this campaign.