Vikings are known as the raiders, warriors, traders, and seafarers from the North. 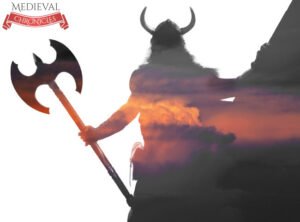 They originated in the modern-day Scandinavian regions of Sweden, Norway, and Denmark. Vikings lived during the Viking Age which lasted roughly from 793 to 1066. 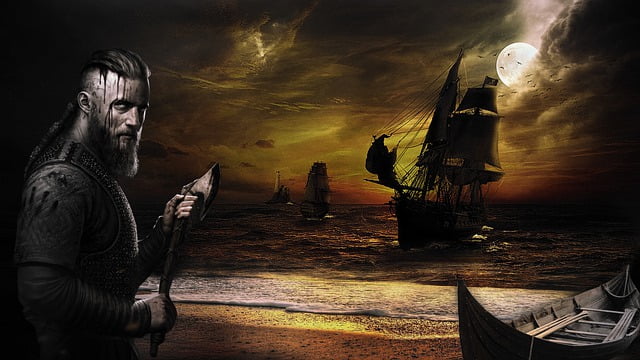 Viking warriors started raiding in 793, they began to raid the European coastal communities close to them. 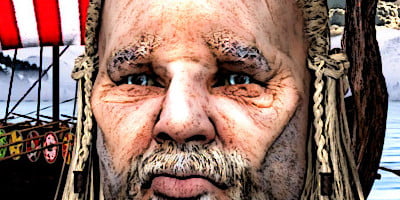 In time, these raids turned into full-scale invasions and permanent settlements in areas like Brittany in France and Danelaw in England – part of England in which the laws of the Danes held sway – as well as in Scotland, Ireland, and Russia. 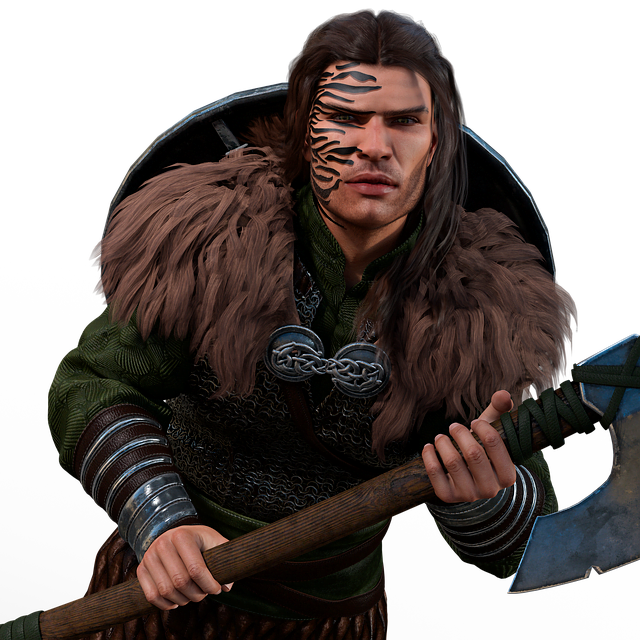 Why did Vikings Raid Other Regions?

The Viking population was growing in the 8th century and local resources began to run out. This was one of the reasons why Vikings began to attack the neighboring Christian lands. 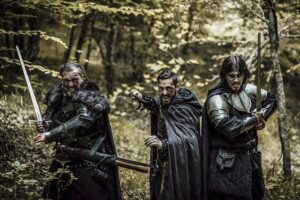 Another reason was that Vikings saw the immense wealth and riches of the Christian lands during their trade journeys. So they launched raids to get gold, slaves, and other forms of wealth. Gradually, raiding became a part of the Viking culture. 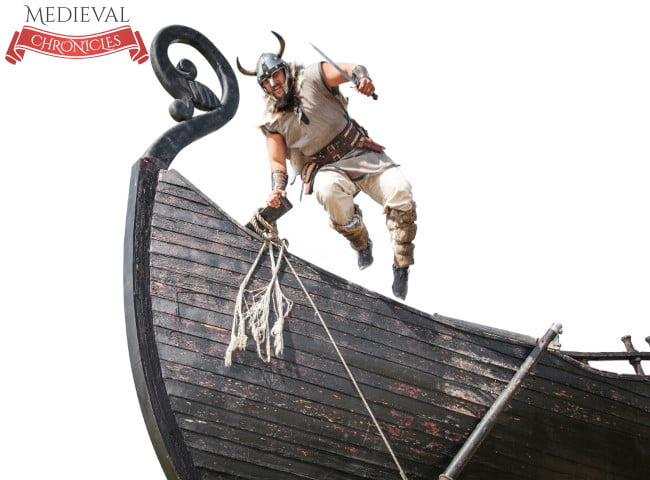 It also became a sort of rite of passage for a Viking warrior to show his prowess. With time, the basic motives behind the raiding gave way to more grand ambitions of gaining new territories and conquering new countries. 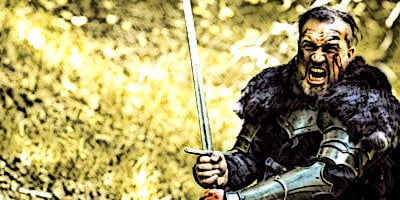 Beginning of the Viking Raids

In 793, the Vikings first attacked the coastal area of Lindisfarne in England. This was the very first Viking raid known in history. The raid targeted a monastery on the holy island of Lindisfarne right off the English coast. 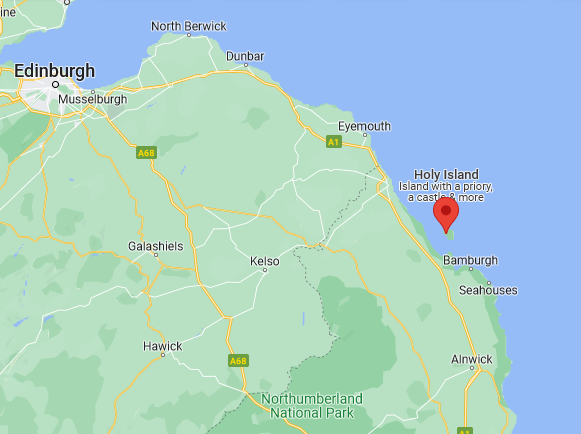 The Lindisfarne monastery was one of the most esteemed centers of Christianity in Europe. When the Vikings attacked the monastery, they robbed the altars of the buried saints, killed many in the church, and took others as captives. 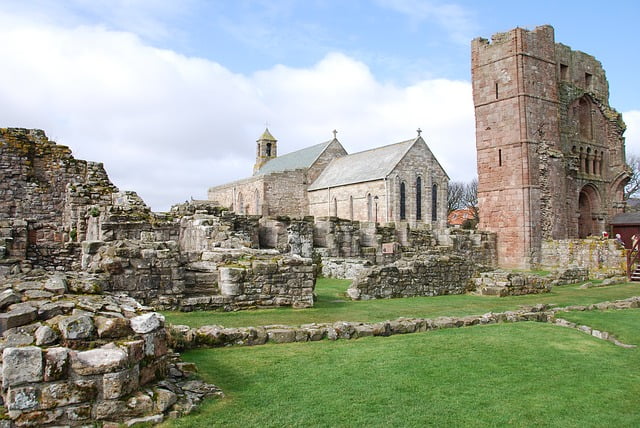 The raid shocked the entire Christian world and created a terrifying image of the pagan Vikings in their minds. Vikings would follow this raid with other raids along the coasts. 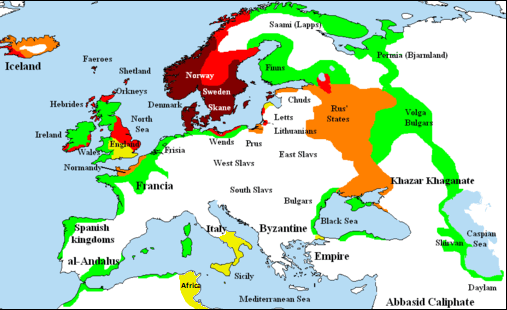 Viking longships played a decisive role in the Vikings’ raids they conducted along the European coasts. Vikings were excellent shipbuilders. They built their longships so that they could travel very quickly through the water. 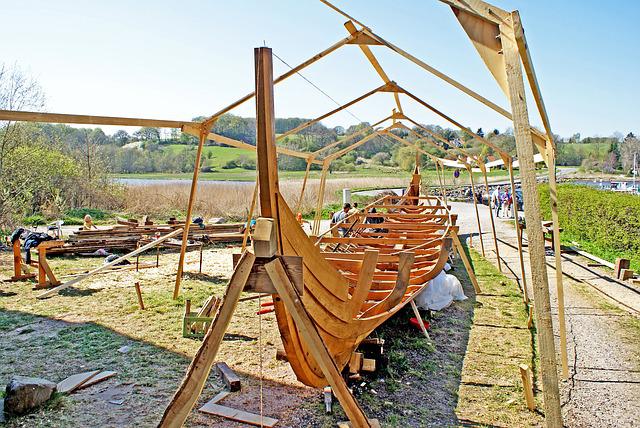 Rowed by up to 16 or more men on each side, these ships could achieve great speeds. They could also be used in shallow waters and were perfect for raiding. 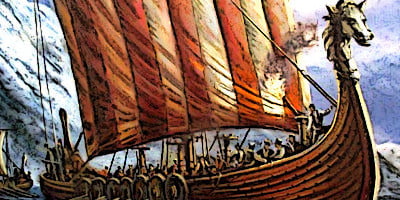 These signature longboats were made of wood and had vessels with shallow hulls. The rows of oars on both sides were lighter, faster, flexible, and easily manageable. There were many kinds of ships for various purposes such as warships, trade ships, and hunting ships. 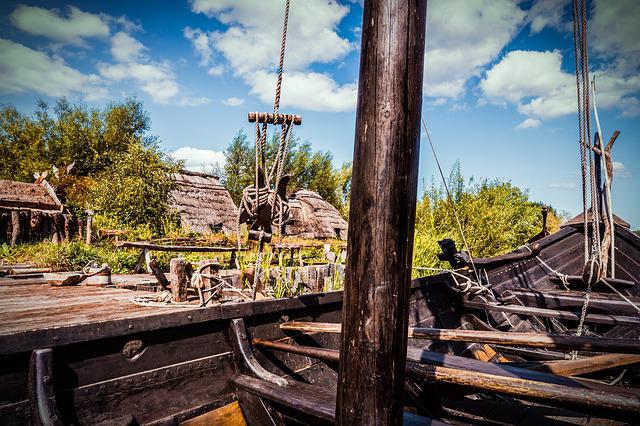 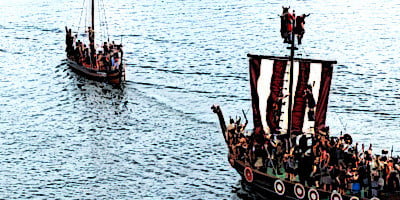 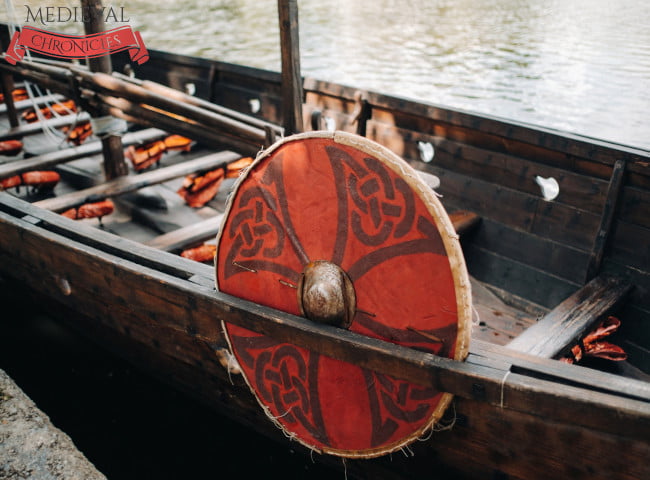 Vikings utilized many raids to maximize the efficiency and success of their raids. The fast-paced longships offered them an obvious advantage. So the Vikings use them for hit-and-run raids. 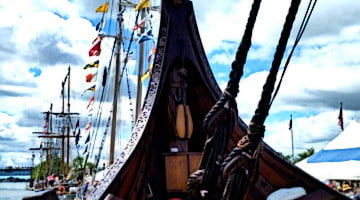 They use speed and surprise to their advantage, striking anywhere along the coast. The Viking warriors would attack quickly, plunder whatever they could, and then retreat in their boats. 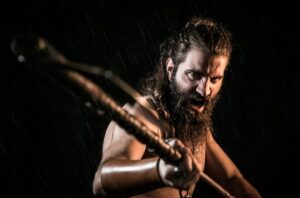 They first targeted monasteries which were usually unguarded but offered good treasures. They also used berserkers in combat on land. These were warriors who went into a trance and then fought fiercely, striking fear in the enemies. 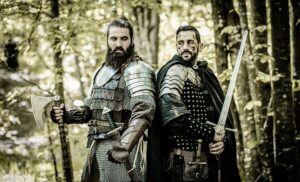